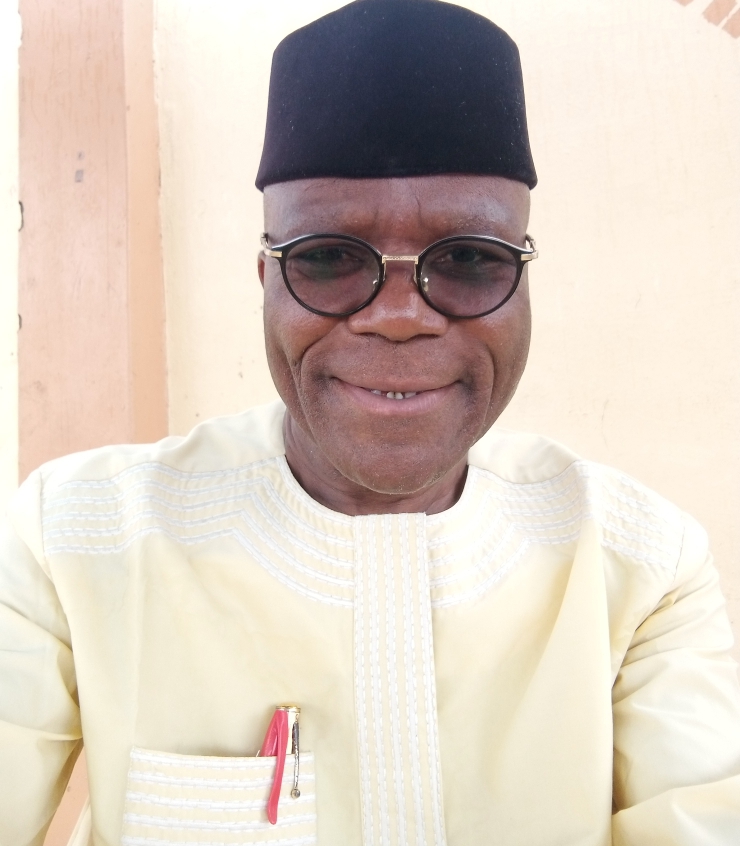 It was Martins Luther King Jr. (1929-1968) who once said that, “The ultimate measure of a man is not where he stands in moments of comfort and convenience, but where he stands at times of challenge and controversy”, it was against this background that I was motivated to speak out against the retrogressive politics going on in Ifelodun Local Government.

The notion that *politics is a dirty game* is wrong. Far from the truth! However, one cannot disprove the fact that there some *dirty elements* amongst political actors like there are in every other vocation or callings. Even the *dirty ones* could be categorised into the following typologies viz:
a) Innocent agents*
b) Ego merchants*
c) Scavengers*, and
c) Mischief makers*

Unfortunately, these elements are vocal and ubiquitous in the political arena because they scare away the educated elites who are knowledgeable and bubbling with ideas that can better the lots of the people.

The Trouble With Ifelodun LG

The recent face-off between some political stakeholders over palliative materials is a shame and a BIG SHAME that which the decent minds among us should not allow to rear its ugly head again.

I stand to be corrected that Ifelodun is neither the poorest in terms of human and material resources, nor was it the poverty headquarters in Kwara State that we allow security reports to be written on us to the State Governor that we are breaching peace over what, bags of semovita, Indomine, Sugar and what have you?

What lurid image are we painting for ourselves and the younger generations that this shenanigans over *stomach infrastructure* happened in the LG that produced the Deputy Governor in the State?

From political history, Ifelodun is lucky under this dispensation that we have the Deputy Governor; the State Chairman of governing party and the Chief Press Secretary to the Governor, Rafiu Ajakaiye from Alabé. These dividends are special grace, not entitlement, in a democracy.

Similar to this was the era of ANPP when we had Prof.  A. F Ogunsola (of blessed memory) as State Chairman, Comrade Abdul-Rahoof Bello, as Media & Publicity Secretary of the ruling party, and we also produced Sen. M. S Ajadi to NASS.

However, it is quite unfortunate that we are not are shooting ourselves in the foot under this current dispensation despite the strategic positions we occupy! Leadership failure is the trouble. This is due to lack of unity of purpose, aggravated by ego, selfishness and greed.

Political leadership is so sharply divided and disoriented that each Sector Commander in the political turf claims supremacy over others.

Ifelodun LG has literally become a metaphor of Hobbesian “State of Nature” in which there was *”war of all against all”* and actors, constantly seek to destroy one another in an incessant pursuit of power!

What is APC Political Chemistry?

I need not waste your time explaining the following facts:
a). How the APC was formed by for legacy parties: ACN; CPC; ANPP; a faction of APGA; later, nPDP and later, ePDP (emigrants);

b). How the mantle of leadership fell on our son, Hon. Bashir Omolaja Bolarinwa (BOB),

c). How the Deputy Governorship ticket swapped between our two sons: Arc. Olukayode Abogunrin and the incumbent Elder Kayode Alabi, and;

d). The bad blood engendered by the party’s 2019 primary elections.

In all honesty, most of the aggrieved stakeholders (yours truly inclusive), took their fate in good faith, as sacrifice towards liberating Kwara from an entrenched dynasty.

The wounds of whatever political intrigues or maneuvers of that period ought to have healed, especially in Ifelodun, if not for the introduction of *divide and rule tactics* imported into the system by the *latter-day saints* in APC.

Unity is Strength, Division is Weakness

The carryover of war of attrition from the PDP emigrants became worsened when one of the factions led by Prince Fagbemi further broke into the following subsets:-
1). Prince Fagbemi (AA);
2). Sen. Ajadi (PFM); 3). Hon. Ilyasu/Barr. Kunle Suleiman (AASG); and
4). AA-Direct by the Suspended LG Chairmen and defectors from PDP.

The real objectives of these groups are nebulous and they operate at cross-purposes and against the official party structure.

The recent controversy over palliative distribution has exposed the difficult position of Elder Kayode Alabi, as no servant can serve two Masters at the same time. It is not contestable that his primary loyalty as Deputy Governor of Kwara State should, first and foremost, belong to his boss – Mall. AbdulRahman AbdulRasaq. Every other interests shall be secondary, as far as his official duties are concerned.

However, some *impostors* are wont of taking undue advantage of his *”newness”* in politics. They are making it difficult for him to balance or counter-balance contending interests or issues in his Ifelodun LG. But himself needs to be cautioned to move closer to leaders of good conscience for better understanding of political terrain.

Just last week, he set up a committee to:

a). Distribute palliative materials, and

b). Reconcile/harmonise every tendency in the party from Local to the ward levels.

In the spirit of fairness, the DG ensured that each tendency and critical stakeholders were represented in the committee. But some *usurpers* had the guts to challenge the DG’s authority over this choice of representation and sharing formular, to satisfy their narrow interest.

Those in that dirty game were the groups claiming to be more APC than DG and BOB in Ifelodun LG! Isn’t this a case of a tail wagging the ? dog?
Unfortunately, this has been the attitude of the *”political scavengers/opportunists”* since they concorted the crisis rocking our party and feeding fat from it. Apparently, they are unhappy that His Excellency, Governor AbdulRahman AbdulRasaq has announced the end of the cinema show.

I think the time is ripe for us in Ifelodun to sit back and ponder on why we are pitiable specie as a people! A quick check list:
1). *Are we not barren as a LG since 1976?*

2). *Since 1999, how many times have we produced a House of Representatives member, despite the advantage of our electoral capability?*

3). *How many Federal appointments have we gained under the present administration?*

4). *How many Federal projects have been attracted to Ifelodun by the two beneficiaries of our bulk votes to the NASS?*

5). *The 2019 Constituency budget claims some “fictitious” projects are ongoing in some Ifelodun communities, but is there anyone talking about it?*

6). *Are we not electoral canon fodder to our sister LGs in Kwara South, as we labour like proverbial elephant but feed like a ? mouse?*

7). *Are we attending to the deplorable conditions of our roads in almost every District of our LG?*

It is saddening that all these fundamental challenges cannot engage our attention since we are focused on diversionary and unproductive agenda.

It would be a disservice to conclude this piece without some words of advice for our leaders:

1). We should rally support for the Deputy Governor to put his House (Ifelodun) in order by quickly finding amicable solution to the intra-party crisis in Ifelodun LG chapter of APC not necessarily waiting for the State.

2). The Deputy Governor should have a Consultative Assembly to be composed of men and women of integrity, knowledge and wisdom, to discuss issues affecting Ifelodun LG.

3). Henceforth, groupings or tendencies should no longer be recognised in the affairs of the party.

4). Deputy Governor should transparently stand aloof from the activities of any political association.

5). The Deputy Governor should liaise with his brother APC State Chairman, to smoothen a cordial relationship with Governor AbdulRahman AbdulRasaq in the general interest of Kwara State.

Thanks for reading, stay blessed.