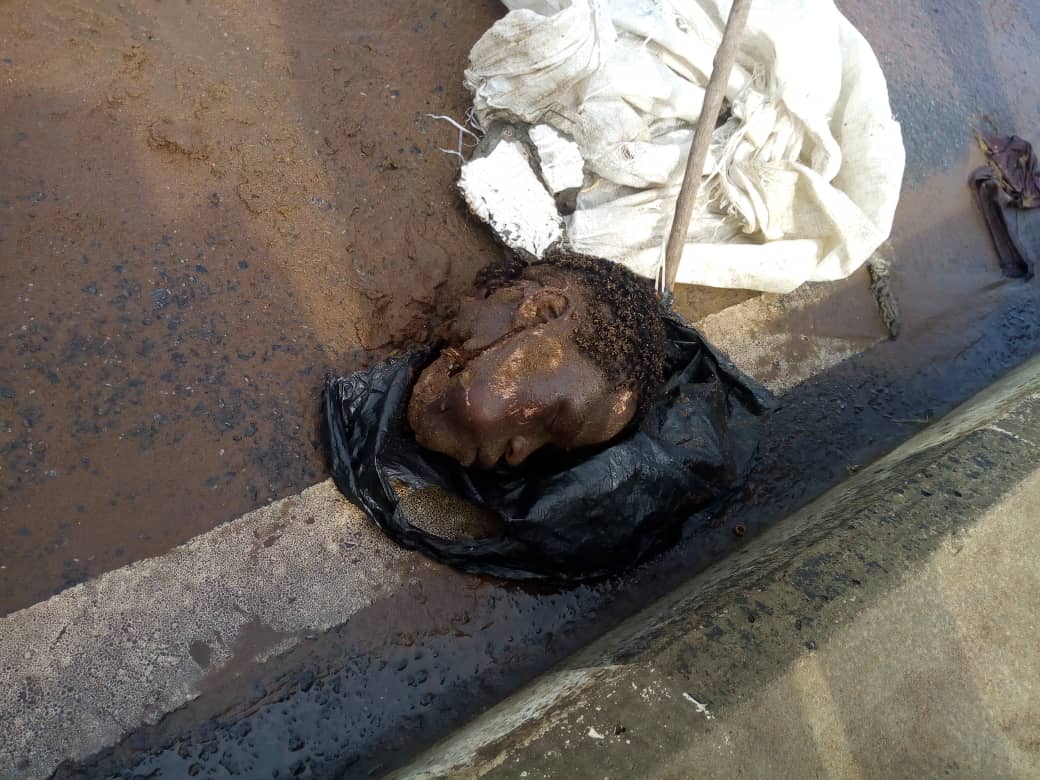 A severed human head of was this morning seen wrapped in a black nylon bag and dumped at the ever busy Post-Office bridge Ilorin.

While details are still sketchy on how it got there or for what purpose, it has kept tongues wagging on the circumstances surrounding the severed head.

According to a trader at the Post office who craved anonymity, he said “this would most likely be the handiwork of ritualists and it was most likely dumped here overnight, as we were still here till late last night and nothing of such was seen there” he confirmed.

As at the time of filing this report, civil defense officials were seen guarding the severed head, while awaiting the evacuation by the appropriate authorities