Home > Opinion > Tanke Flyover: Yet another Symbol of Banality ? 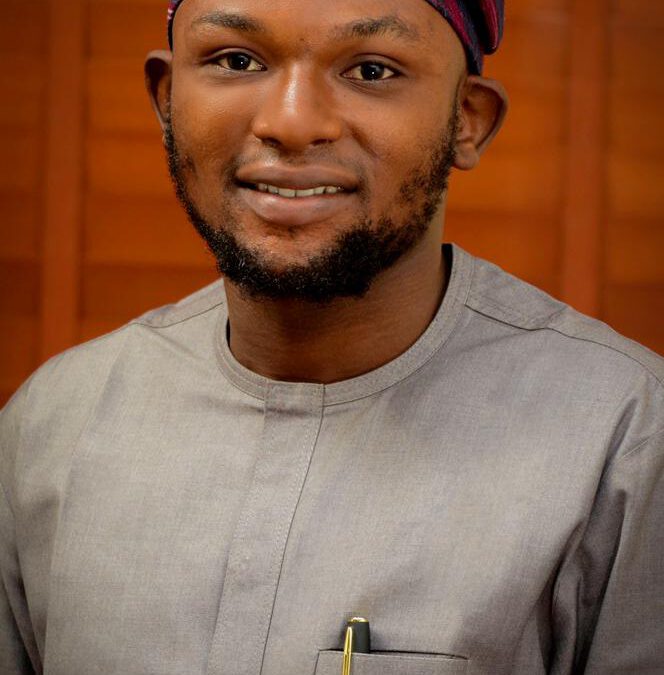 Tanke Flyover: Yet another Symbol of Banality ?

In Downton Abbey – a 2010 British historical, television drama series, which recount the British aristocratic system before and after the World War I, one of its leading Character – Tom Branson – an Irish actor, whose real name is Allen Leech, in one of his dialogue, expressed his frustration at the political system in the 1900s when he quite passionately remarked that “Politicians can’t often recognise the changes that are inevitable.” Branson’s censure described the failure of the political class at the time to recognise the new world order and the changes that are imminent – an example was the failure to fully recognise the rights of women, particularly the right of women to vote in an election.

While this reprimand may have been directed at the political class at the time, it remains a true judgment on the ineptitude of politicians, in most parts of the world. In Nigeria, for example, the political class have consistently shown the careless lack of awareness that leadership and governance has evolved beyond administrative routine and providing surface-level solutions to socio- economic challenges. My point is that, if Nigeria must catch up with current global changes, the attitude and response of our political leadership to national and sub-national challenges must change. These challenges require a greater level of deep thinking, vigour, and innovative ideas.

During my most recent visit to Kwara State, I had a first-hand assessment of the Tanke axis, where the State government has proposed and even commenced preliminary work on what would be known as the Tunde Idiagbon Bridge. From my interaction with residents, there is a common admission that while urbanisation has led to greater economic and commercial activities on that road, which has proportionately increased the gridlock and traffic situation, the point of departure for most is that the solution is not a one-size-fits-all, like the wholesale construction of a Flyover!

In my opinion, political leadership requires more than just the ability to coordinate administrative routines or provide surface-level solutions. At this instance, I mean even a nitwit who may never be entrusted with political authority can easily think that the solution to the perennial problem on Tanke road is just to “take a loan and construct a bridge.” If the job were that easy, then the process leading to an election would not even be rigorous, because it would mean any bottom barrel can be Governor or Commissioner or even a Local Government Chairman.

There is a reason for demanding that those who must hold political positions must be the brightest and the best of the people. This is because political leadership places a strong demand on intellection, critical thinking, and rigour to make the right judgment and decisions in the best interest of the people. In assessing the Tanke Flyover situation, I think the state government may have failed on the side of this simple leadership demand, and I greatly fault the thinking, if any, that led to the conclusion, that only the construction of a Flyover can solve a traffic situation occasioned by urbanisation, congestion, and greater economic and commercial activities. As a matter of fact, I think that if the state government must proceed with the construction of the Flyover, then it would have created an endless list of problems while attempting to solve another. A classic example of a Quagmire.

Although the Kwara State government may have good intentions; but, like I have argued many times, good intention has never been enough. As a matter of fact, if good intentions were a currency, we would all be rich in billions. Already, I hear that merely clearing the sides of the road and insisting that residents adhere to the original road plan has worked wonders. Commuters testify that the gridlock on the road has reduced significantly. My point then is, by the relative improvement; is it not clear to the government already that the solution has never been in building a Flyover?

I am worried that the state government wants to embark on the construction of a Flyover that even the state cannot afford, without having to resort to external borrowing. In terms of priority, would it not be better to invest such heavy capital into fixing schools, equipping hospitals, raising the standard of primary health care centres, providing social services and proper waste management systems; or what can be more expedient? I am also worried that the banality or otherwise of just building this bridge may not be in the best interest of the people after all, since it is coming at a heavy financial implication which would see the people bearing the consequence of the government’s indiscretion. Ominous.

The Kwara State Government will be expending a part of the N27bn LOAN, it recently accessed in the capital market for this Tanke Flyover construction, when there are several other priorities of government that have been left unattended. I do not think this construction, which I consider a luxury at best, will be a prudent appropriation of public funds, when the bulk of the people in the State are in poverty, penury, and hardship. What impact would this bridge construction have on job creation and youth unemployment, which are also very serious challenges in the state? Again, my point is that this resolution by the Kwara State Government to construct this bridge, at the slightest opportunity is a rehash of the same old elixir which has never resulted in any serious economic development. The decision to build an infrastructure must be borne out of much more than just jejunity, or banality, it must be about real economic impact and public value!

To solve the challenge on the road, there are at least 2 factors to consider. The first one is sustainability – that is, in what way would the problem be solved in a sustainable manner; the other one is the capacity to solve the problem in a way that other commitments of the government do not suffer, and a heavy burden is not placed on the state in the long term.

On sustainability, the most sustainable way to address the challenge on that Tanke road is to expand the road, open the alternative roads and enforce traffic regulation. The real benefit is that aside from addressing the challenge in a sustainable manner, the areas that are covered by the alternative routes will also witness improved economic and commercial activities. The other consideration must be how to solve the problem in a way that the other commitments of the government do not suffer. In the 2021 BudgIT fiscal sustainability index, it noted that in terms of internally generated revenue, IGR, Kwara State performed sub-optimally. According to BudgIT, the state experienced a percentage decrease of 36.06%, being a move from 30.64bn in 2019 to N19.60bn in 2020. On the index, Kwara had the third worst decline in IGR. In the light of dwindling IGR, if other commitments of the government would not suffer, then it must ensure the prudent appropriation of public funds in a way that creates maximum value, impact, and outcome.

I have also reviewed the public document on the bridge by the contractors involved, the document is very scant on details and explanation. The document was more about aesthetics and the “iconic image” that the bridge would represent, rather than the present and future economic impact of such a GRANDIOSE project. The document was also very silent on key technical areas, like how the construction would be managed in a manner that it would not interfere with the NNPC pipeline right of way (ROW). And this has been the greatest fear in the minds of residents, that any misalignment in the construction can lead to a major mishap in the future.

For me, the proposed Tanke Flyover is just another symbol of banality that is all too familiar, and it is my hope that the state government would re-think this decision and allow reason prevail.

Seun Awogbenle is the Author of The Urgency of Now; Why Nigeria Needs A vision of Prosperity, Protection and Liberty.

Professor Oladimeji advocates for the establishment of regulatory body on Da'wah

Between make believe and historical facts

Tribute to a staff ‘without’ chief