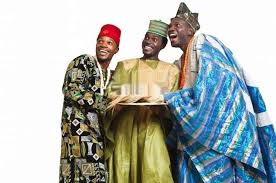 There is no gainsaying the fact that, Nigeria’s fault lines have never been more magnified than it is at the moment, starting from when President Muhammadu Buhari assumed office as a democratically elected president, and Commander-in-Chief of the Armed Forces of the federal Republic of Nigeria, in 2015.

This has been attributed to the abrasive approach to the electioneering (campaign, in particular) by the two main political parties, The People’s Democratic Party, PDP, and the All Progressives Congress, APC, which presidential flags were hoisted by the then incumbent, Dr. Goodluck Jonathan, a Christian from the South South State of Bayelsa, and General Muhammadu Buhari (retired), a Muslim from the North West State of Katsina.

While Jonathan is of the Ijaw ethnic extraction, Buhari is of the Hausa-Fulani stock.

Whipping up of ethno-religious sentiments for the purpose of currying electoral favours from Nigerians by each of the parties, saw to it that, the quest for a united Nigeria is a long one.

Make no mistake about it; an average Nigerian, is pathologically tribalistic; which makes his allegiance towards his ethno-religious group stronger than it is, to any pan-Nigerian project.

In the formative days of Nigerian nationalism, the political leader of the South western region, mainly Yoruba,, Chief Obafemi Awolowo never pretended not to be a Yoruba champion, ditto for the late Premier of the Northern Region, Sir Ahmadu Bello, the Sardauna of Sokoto, with his often-mouthed mantra of “One North, one Destiny”. The first president of an independent Nigeria, Dr. Nnamdi Azikiwe, who started off, his nationalistic career as the “Zik of Africa”, and even strived to portray himself as the father of Nigerian nationalism did not fare better than his counterparts from other regions, as he also ended up as a regional champion; the “Owelle of Onitsha.

So the above historical facts thus serve as bases for all the campaign of bitter rhetoric, signposting an age-long animosity that is deeply rooted in the Nigerian civil war, that raged between 1967 and 1970.

It is a matter of common sense to expect whoever emerged the winner of the 2015 General election, to try make moves to heal the wounds or brushes sustained during the heated campaign, along the lines of ethnicity and religion.

The president would later go on to strengthen that position with lopsided Federal appointments, especially, those over which he has prerogative of choosing whoever he deems fit, regardless of the appointees’ ethno-religious affinity.

In most parastals and agencies, it has becomes so predictable that, if a northerner (Muslim) serves out his term, in a case of tenured appointment, there is a very high possibility that another northerner, who would be a Muslim will be his successor.

The same thing; if and when a Christian southerner retires or serves out his tenure, he would be replaced by a northerner.

In some cases, the person whose tenure has expired would be allowed to carry on in the office, in blatant disregard to the constitutional provision.

Against all expectations, the President extended the IGP’s tenure, illegally, by three month, as if there was no record in the IG’s file that indicates that he would be due for retirement on the 1st of February 2021, even though, the president eventually removed him midway into the three months.

At the end of the day, President Buhari, predictably appointed Usman Alkali, a Muslim from the north (Borno State) in an acting capacity, who would certainly be confirmed, barring any twist in fate.

Something similar also played out in one of the paramilitary outfits, Nigerian Security and Civil Defence Corps (NSCDC), over the Commandant General, Abdullahi Gana’s tenure.

In 2019, the federal government through the Ministry of Interior elongated his tenure by six months, when the corps’ spokesman, Emmanuel Okeh, in a statement on July 19, announced that the Minister of Interior, Rauf Aregbeshola communicated the approval.

But, the presidency has asked Gana to remain in office pending an official memo on the next line of action, after Gana was said to have handed over yesterday to a Deputy Commandant General, Hilary Kelechi Madu, from the South East, insisting that, it did not give a handover directive and as such, the status quo be maintained.

Meanwhile, Madu was at the time, the most senior officer at NSCDC after Ganan but the federal government would later appoint another Northern Muslim, Ahmed Abubakar Audi, as Gana’s successor.

The story is not a tad different, when just over a week ago, the Chief of Army Staff, Lieutenant-General Ibrahim Atahiru was involved in a plane crash that claimed his life and those of ten other military personnel.

Among the options left for the president to choose from is one Major-General Benjamin Ahanotu, from Anambra State, who is the most senior among the options available for Mr. President to choose from. But true to what keen observers of Buhari’s pattern of appointments had been since his second coming expected, he instead, settled for one Major-General Farouk Yahaya from the north western state of Sokoto.

It would be recalled that, the Igbós of the South East geopolitical zone feel the most marginalised in Nigeria, in the aftermath of the 1967 to 1970 civil war.

In spite of the 4Rs concept of, Reconciliation, Reconstruction, Rehabilitation and Re-integration, proposed by the federal government to achieve a holistic healing, which is intended to give life to the mantra of “No Victor, no Vanquished”, the highest any Nigerian of Igbo extraction has gone in government at the federal level is the office of the Vice president, in the person of Dr. Alex Ekwueme who was vice to president Shehu Shagari, between 1979 and 1983.

After that, the closest they have gone again, to that office was being the President of the Senate (Evans Enwerem, Chuba Okadigbo, Adolphus Wabara and Ken Nnamani).

This gross mismanagement of our diversity that is supposed to be our strength has no doubt given rise to the recent hike in the agitation for secession by a group, IPOB led by Nnamdi Kanu. This failing has been emblematic of the Buhari administration. Despite the fact that, Kanu is in exile, his legion of supporters who subscribe to his secessionist bid are growing at a geometric ratio.

As I pound my key pad, government institutions in the South East are being attacked and set ablaze on a daily basis. Institutions ranging from Correctional Facilities, Police headquarters, to INEC offices are prime targets, alongside security personnel.

Just yesterday, Sunday, 30th day of May, 2021, in the morning, a former political adviser to President Goodluck Jonathan, Ahmed Gulak, an APC chieftain, was shot dead, by yet-to-be-identified gunmen, in Owerri, Imo State, on his way to the Airport.

The unfortunate demise of Lieutenant-General Attahiru was an opportunity for Buhari to give the Igbos a sense of belonging by basing his appointment of a new Chief of Army Staff on seniority and appointing Major-General Ben Ahanotu.

That would be a good move that would go along way in dousing the rising tension in the southeastern region and other parts of the country.

There is an urgent need for the President, to start seeing Nigeria beyond the precinct of the three geopolitical zones in the North, when it comes to matters of federal appointment, so that, the faith of other subnational groups would not be extinguished in everything that a Buhari presidency represents.