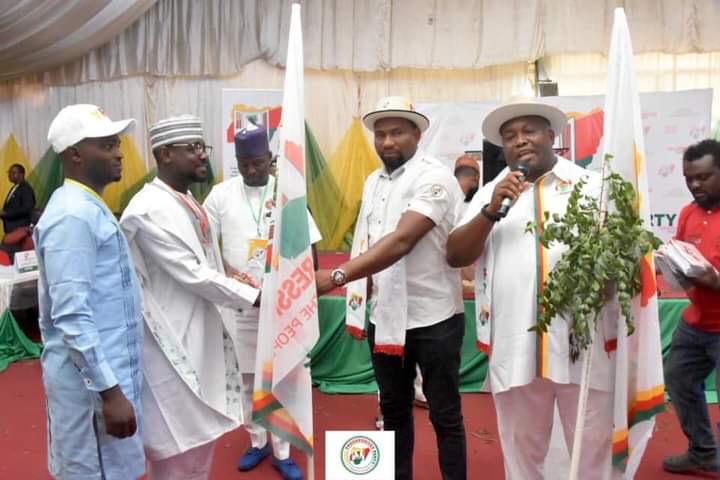 The Kwara State chapter of the Young Progressives Party (YPP) has carpeted the Kwara State Governor and some of his appointees, describing them as a huge joke.
This much was contained in a press release signed on behalf of the party by its Publicity Secretary, Abdulrazak Sulaiman Oyan and made available to pressmen in Ilorin earlier today.
The party while bemoaning the conferment of ‘Best Governor of the year award’ on different Governors by different Newspapers in the Country, described the award as a huge joke, asking rhetorically that who amongst Governors Babagana Zulum, Jide Sanwoolu Nyesom Wike, Dapo Abiodun Dave Umahi who were all announced as best Governors by different Newspapers is now the unanimous best.
It reads “Leadership Newspapers adoption of Governor Abdulraman Abdulrazaq as Governor of the Year 2020 is a joke. Can we compare Governor Abdulrahman Abdulrazaq’s performance in Kwara State to Governor Zulum of Borno, Nyesom Wike of Rivers, Jide Sanwo Olu of Lagos, Dapo Abiodun of Ogun or Dave Umahi of Ebonyi.
” After all, Businessday also declared Governor Oyetola of Osun State as Governor of the Year. Which newspaper do we believe? In fact, the achievements of the YPP Senator Ifeanyi Ubah in Anambra South senatorial district is more visible than that of the “Sakamanje” going on in Kwara State.
“How does the appointment of a Youth Corp member as Commissioner for Youth and Sports in Kwara State amount to an achievement on youth development? Such an appointment is insulting to Kwara Youth and has rubbished the value of that position. Or is it that the Governor is trying to showcase Joanna Kolo as the best of Kwara youth? A SUBEB teacher that can barely communicate in English was appointed as Commissioner for Education. Anyway, that may not be surprising for a governor who presented a WAEC certificate as his most prized educational qualification. What impact have the other powerless young commissioners had?
“Their appointment only confirms our assertion that the government does not give opportunities to the right calibre of youth. This is a strategy deliberately deployed to run an autocratic kleptocracy. The “blue eyed boy” in this Government is the Honourable Speaker – Danladi. He has a bright future, if he can only focus on doing the right thing, be his own man.
“Governor Abdulrazaq’s youth development plans have no head or tail. Let us make it clear that serious youth development must commence from education. It is obvious that the Abdulrasaq administration has nothing to offer on education. We have mentioned the selection of an incompetent Commissioner for Education.
“The infrastructure decay in primary, secondary schools and Kwara State owned polytechnics and colleges of education, and the scandalous award of school renovation contracts to the Governor’s family, nightclubbing friends from Lagos, and AA political loyalists at bogus amounts without tangible work done is another.
” The comedy called Owo Arugbo or Owo Ishowo in the guise of taking care of our senior citizens is still under investigations by our party and our findings would be made public soon
“We want to make it clear, that our party – the Young Progressives Party is committed to rescuing Kwara State from the current opportunists who maneuver their ways to positions they are not qualified for academically or in terms of mental capacity and integrity. That is unless criminal intelligence is the qualification for success in politics and governance” he promised