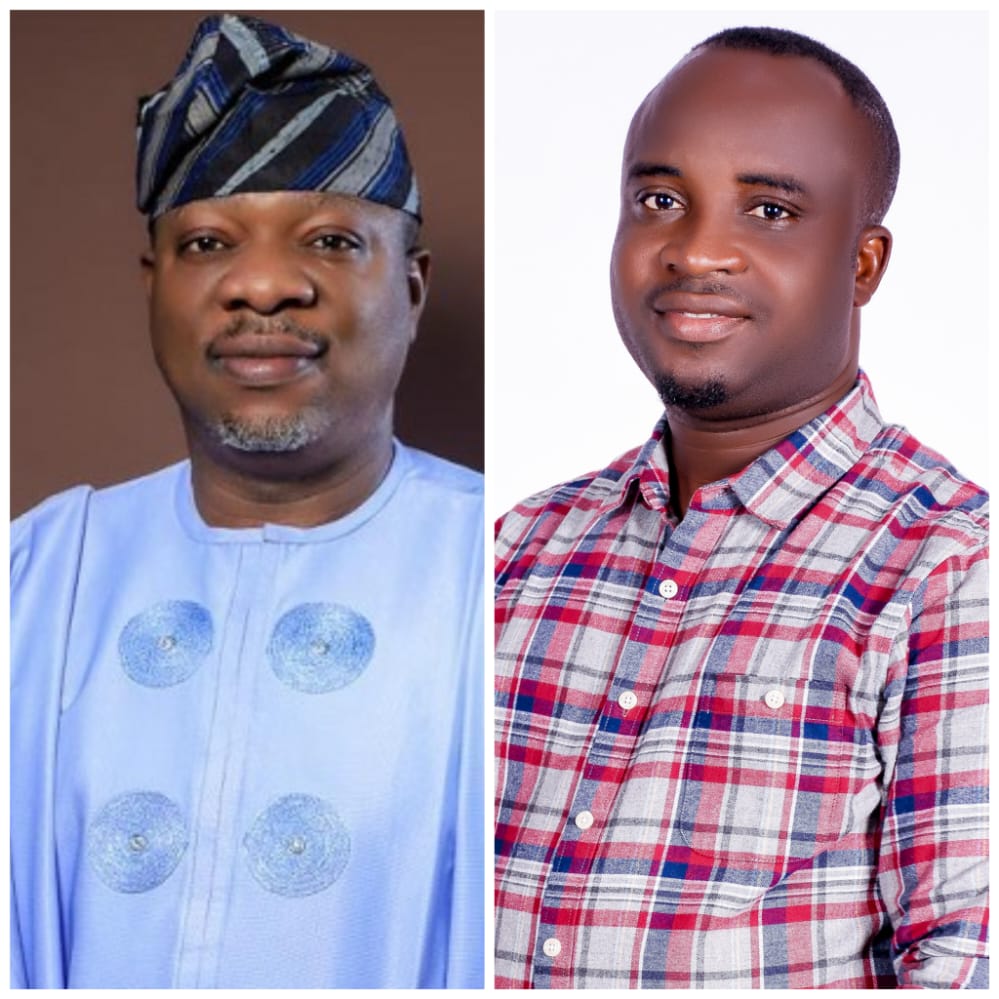 A social commentator, who is also a member of the PDP youth council  in  Kwara  state, Comrade Olusegun Olusola Adewara popularly called  Sholyments has submitted  that Honorable Raheem Tunji Olawuyi Ajuloopin, who currently represents Isin/Irepodun/ Isin/Ekiti and Oke ero federal constituency,  should not have sought  to retain his parliament seat next year having  used  about two terms in the green Chamber only to  enrich  himself and his family  while leaving the welfare and the needs of his Constituents unattended to.

Talking to journalists in Ilorin on Sunday, Sholyments accused the lawmaker of insulting sensibilities of already frustrated constituents with his recent assertion  that his party, the APC will get a landslide victory in the state when all he could account for after almost six years in office is an extravagant lifestyles and  acquisition of multiple luxurious Mansions in Omu-aran and overseas – all at the expense of  his suffering constituents.

He also reminded Olawuyi Ajuloopin that he’s not yet a candidate  for the coming National Assembly  elections as  the court was yet to affirm his nomination as APC candidate  hence, he described the campaign flag off by Ajulo and his party as contempt of court and a naked dance in the market.

“He lost the moral ground a few weeks ago, he was seeking to get APC senate nomination and after losing out in the primary election, he  took desperate measures and steps to snatch the reps nomination from someone who had already labored and  fought to get it, he is very shameless in his political desperation, he did all these to protect where he is getting free money but our people will vote wisely this time around, our mumu don do’ he submitted”

Adewara argued that people’s mandate entrusted to Ajuloopin six years ago, had yielded nothing except more job losses and unemployment for  young people , increased  spate of insecurity, banditry and terrorism including kidnapping of our revered  royal fathers and abduction of their queens for ransoms.

He accused Ajuloopin of turning  Lawmaking job to mere “Fashionista and show-off” while he flies from Abuja to Lagos every weekend in big Agbada to spray money on musicians while the people who entrusted mandate upon him languish in poverty and fear.

‘For a lawmaker, who’s been in office for six years and unable to facilitate a single project apart from those facilitated by his late predecessor — most of which he has now diverted to say he wants to get   re-elected  means  that such a man lacks any sense of moral judgment”

I don’t think Tunji Olawuyi Ajuloopin has the moral justification to come out and tell his Constituents that he is seeking another term in the office. In as much as it is his democratic right, we are talking about moral justification to somebody who needed to take a retrospect, to assess himself if he has performed or not?”

“It is quite unfortunate that people around him are not courageous enough to tell him the body language of constituents especially Isin people who felt Ajuloopin and his party wanted to rob them of their mandate in broad day light, a matter that is still subject of litigation.”

“When I read what Ajuloopin highlighted as his key achievements for six years , I could not but shake my head in disappointment , I don’t understand why he’s taking our people for foolery. How can a reps member listed 5k he gifted a  few aged women less than 20 in number as an achievement? A serious- minded secondary school prefect would not have listed such ridiculous gifts as an achievement during end of year party”

“Ajuloopin also talked about sinking boreholes, to worsen the matter , he said some students gained admissions into tertiary institutions  through him, he didn’t say he paid their tuition fees, isn’t this ridiculous to hearings?

“Let me remind Ajuloopin that Dare Bankole and Dr Rafiu Ibrahim ,who are not occupying public office , have sunk more boreholes across different communities without noise, they have facilitated more empowerments for different strata of people, without any mandate entrusted to them ,yet they have traversed nooks and crannies and touched people’s lives”

“For Ajuloopin, the mansion he just acquired in Omu-aran and other choices places in Kwara including those he bought overseas for the benefit of himself and his family members are the only capital projects he could boast of, I believe his vision for public office is only to enrich himself and spend extravagantly for Lagos-based  musicians just for self –adulation.

“If we are to judge by many properties that Ajuloopin had acquired for himself within the last  six years , it’s a big catch for him and I wish him long life to enjoy his loots . However , our Constituency no longer needs the  service of  a selfish leader whose focus in public office is self aggrandizement and personal opulence’  he said