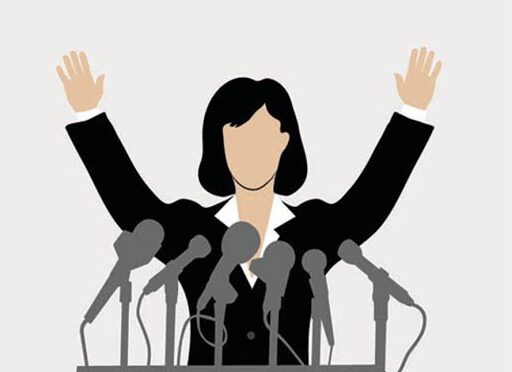 It is no longer news in Nigeria that we are now in the full swing of electioneering and political campaign for the 2023 general elections. The political bigwigs that hardly visits their homes are now regular patron of their villages central and churches, at they spend their weekends trying to remind the people of their presence. They have now suddenly remembered that there are people in their communities  who are in need of palliatives and relief funds to ease their sufferings.

However this article will not be focusing on their on their political shenanigans for now, rather  lets talk about the actions and non actions of our so called women politicians in Nigeria.

Tracing the history of Nigeria democratic, women have played a prominent albeit obscured role at the different stages political development in Nigeria, from the stage of forming political parties to party primaries and campaigns.

It is however sad that ever since we started the democratic system of government in Nigeria, women has never been given equal opportunities as men, starting from political parties where they are prominent and used for campaigns and canvassing for votes, they are mostly rewarded by given them roles like party women leaders, and few times youths leaders.

The few women who have  had political power so far have mostly been first ladies, ministers who were appointed to office and with much civilization in democracy we now have women senators.

Meanwhile according to statistics out of the 109 seats available for the senate at the six geopolitical zones in Nigeria only 7 of them are women making just 6.4% of the entire Senate. While the house of representative has a lesser percentage of women representation with just 22 women out of 360  members constituting just 6.1% of the  seats. And it’s not surprising that out of these geopolitical zones some of them have no women representation at the National Assembly.

Even at the state house of assemblies in all the 36 states of the federation only 51 members are  female out of 990 members making 5.2 % of the seats with zero representation from the  North Western states.

It is  really saddening that at this level of civilization and democracy,Nigeria has never elected a female governor since 1999 till date, and it is not for lack of contesting  on the part of female politicians, just as over 70 women vie for governorship in 25 states as at 2019 election yet none of them won.

The closest experience Nigerian women had as governors was when Dame Virginia Ngozi Etiaba was appointed interim governor of  Anambra for 3months while Governor Peter Obi was impeached by the state’s legislative. Another similar case was Hadiza Sabuwa Balarabe who is the current Deputy Governor of Kaduna state , was once given the mantle to be acting governor of the state while the Governor El-Rufai tested positive of COVID-19.

Apart from that very few women have ever been appointed as the deputy governor of the state and after their tenure their political careers usually goes  under  as they it lack continuity.

Moreover, presently no female politician occupies any of the positions of President, Vice President and Governors.

It is therefore very disturbing that out of the seven female aspirants who were vying for the presidential post in 2023, none of them were able to survive the Presidential Primary election,  while the only female aspirant under the All Progressive Congress Uju Ohanenye after a moving speech at the primaries decided her best option was to step down for an older male candidate.

Another issue is that of women electorates and women political party members who have not been loyal and supportive of their counter parts, it appears as if they are been intimidated or sometimes bribed to support male aspirants. History will never forget the case of Prof Sarah  Jubril who was the only female candidate to represent the People’s Democratic Party in 2011, she  lost to President Goodluck Jonathan  after recording a single vote, which means she was the only one who voted for herself despite having numerous female electorates at the elections.

It is therefore apparent from all the data and different narratives that have been presented over the issue of women’s political participation has shown that the quest for equal representation for women in Nigerian governance is not been backed by actions, which is resulting in its witnessing a downward trend.

However  no matter how bleak there is still a future in women political participation in Nigeria, it is then left to prominent and experienced female politicians to bring more women under their wings to train and encourage them to participate in their country’s democracy and prepare for subsequent elections.