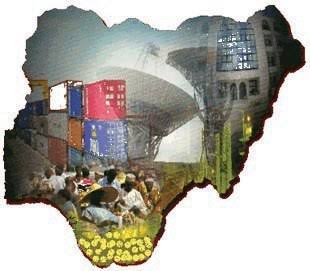 Still on the issue of diversification and the need to jumpstart the economy from the current recessive state; there has been nothing to suggest that, Nigeria as a nation is desirous of having (an) alternative (source) sources of revenue, to reduce her susceptibility to the volatility of the global oil economy.

It is very obvious, going by the body language of those who are saddled with the responsibility of piloting the affairs of the nation, as many of them have already started salivating, in readiness for the proposed opening up of the country’s land border, (partially) closed, sometimes in August last year.

As I have always said; the mantra of “diversification of Nigerian economy” is a song that is as old as time, and our politicians have always found pleasure in mouthing it, during campaign, but wouldn’t want to be reminded, as soon as they assume office, even though, they do not forget.

The beliefs and the attitudes of those who could make it happen suggests that they are pretty comfortable with the momo-cultural economy of oil-dependency.

History has it that, Malaysia as a matter of fact, came to Nigeria in the 70s to collect palm tree seedlings, with which they launched their foray into the world of palm produce.

Today, they’re the world’s largest producers of palm produce and are as a matter of consequence, earning billions of dollars annually from the venture.

As if them, overtaking Nigeria is not enough, Nigeria turns around to be one of the largest net importers of palm oil. The same is happening in oil and gas sector, where we export Crude oil and import refined products, leaving us with a balance of payment deficit.

Is it cocoa, where we fail to add value to the raw product, before thinking of exporting, and end up importing the finished articles in the colours of chocolates, Milo, Bournvita among others, at a price determined by those who endeavour to add values to the raw material we exported. Meanwhile, we did not also determine the export price of cocoa.

It is needless to say; going a step further to add values to these things we produce locally, will have some ripple beneficial effects on the economy, as it will create employment; makes the nation’s economy to be less dependent on import, and then earn extra Forex for the nation’s economy.

Logical and plausible as the above propositions, what is lacking however, is the political will to to do the needful and turn away from the rent-seeking approach to the management of the nation’s economy.

It would be recalled that, at the peak of the oil boom in the 70s, a Head-of-State, reportedly said that, “the problem of this country is not having money, but how to spend the one we had made”- a statement which gave us a false sense of wealthiness.

This coming from the then custodian of the country’s patrimony, the rest of the elites needs little or no persuasion to embark on ostentatious lifestyle that depends on imported goods and services.

That was the begining of our socio-economic woes, at least at the macro level.

That tradition of exporting our crude, spend parts of it to import articles of ostentation that lubricates the life of opulence that is antithetical to savings and investment, that give a secured future.

Nigerian elites are so cocky about the continued relevance of oil in the global drive to power economies that they refuse, or fail, to fix the refinery that could satisfy local demand for oil at an optimal price that the masses are yearning for.

It is interesting to note that, while you need to amend the law, through the legislature, to deregulate and open up some sectors of the economy for more private sector participation, which my not easily get bipartisan favour at the National Assembly; you don’t need that, to incentivize participation in the agricultural sector, which is on the concurrent list, and once formed the mainstay of our economy.

It is disheartening to note that, despite the massive deposit of mineral resources with which country is blessed, the managers of our economy are still blind to the exigency of tapping in to them, with a view to diversifying the country’s economy, and reduce our dependence on oil money.

May be, until the Oil wells run dry, or there is a zero-buyer for crude oil, before we, “borrow ourselves, some sense” and do the needful; because it seems, with the little revenue still trickling in from the sales of oil abroad, they are still nursing the hope that, there would soon be another oil boom, which in their estimation, leaves us with no need to focus on agriculture and other sectors of the economy, like solid minerals in the mould of gold, bitumen, tantalite, copper etc, that are capable of giving us billions of dollars in foreign exchange.