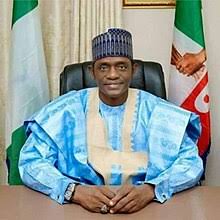 A pressure group within the All Progressives Congress (APC) in Kwara State, the Concerned APC Youths Stakeholders, has revealed why it instituted a legal matter against the National Caretaker Committee Chairman of APC, Mai Mala Buni, the factional Chairman of the APC in Kwara State, Abdullahi Sanmari and others over the protracted crisis that has bedeviled the Kwara state chapter of the APC in the last two years.

The youths stakeholders said it took the decision with the aim of protecting the sanctity of the constitution of the party, and that in spite of the setback it suffered yesterday at the FCT High Court, they would not back down on their ‘demand for justice.’

In a statement signed by Comrade John Adegboye, the Coordinator of the group in the state, the youths said they were ‘unmoved’ by the outcome of the matter as they had other such matter filled in other courts.

The group was reacting to an earlier statement by the factional PRO of the party, Alhaji Tajudeen Aro, wherein the latter called on the aggrieved members to shealth their swords and embraced a peaceful resolution of the matter.

The group also berated the Kwara State Governor, Mallam AbdulRahman AbdulRazaq for allegedly wasting scarce public resources to hire five Senior Advocates of Nigeria, SAN to prosecute the matter before Hon. Justice S.C Oriji of the FCT High Court as against what they described as their own window’s mite, which according to them were individual contributions from members of the group.

The statement reads in part, “Taju Aro cannot place something on nothing and expect it to stand. There can never be peace without justice. No where in the world, except in the graveyard, is sustainable peace achieved without justice.”

“We are unmoved by the outcome of the matter at the FCT High Court. We saw it coming, in view of the humongous resources deployed by the Kwara State Government in hiring 5 Senior Advocates of Nigeria, SAN, to prosecute an illegality of Governor AbdulRahman AbdulRazaq has denied ever having a hand in. What a contradiction?”,  the group queired.

“Be that as it may, We make bold to say that it is not yet uhuru for Taju Aro and his paymaster. We prefer to keep our gameplan tight up our sleeves for now.”

“We like to thank the members of the Concerned Youths Stakeholders for their courage in standing up to be counted at this crucial time. Their contributions in cash and kind towards seeking justice is well acknowledged. Also, We are proud of our members for standing for Justice and Fairness and for contributing their own widows mite for the survival of the party in the state. History will be kind to them.”

“We urge members of our party to remain strong and steadfast. The battle ahead is a marathon and not a sprint. Come what may, Justice is sacrosanct.”