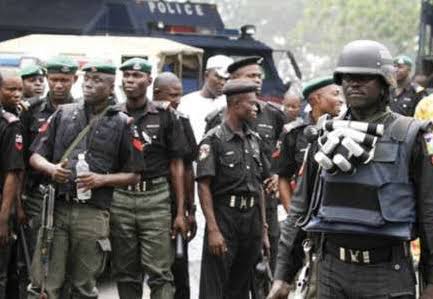 Following the tumult of the past couple weeks, occasioned by the #ENDSARS protest that resulted in looting sprees across different State capitals across the country.

Nigerians, irrespective of Social statuses, ethno-religious inclinations,, political affiliations, or whatever leaning had a whiff of what some, if not most, people merely talk about, without having an inkling as to what it entails – revolution.

The protest started like every other ones in recent years that those in positions of authority, and even some of us, out of the corridor of power, expected to fizzle, in a matter of hours or at most, days. But it would take a fortnight.

It all started, when Nigerians complained about police brutality( impunity and criminality), as it was being meted out to them, by the now defunct, Special Anti-Robbery Squad (SARS); special units in the Nigeria Police Force, set up to combat the rising wave of armed robbery around the country.

Considering the prevalence of armed robbery, as at the time it (SARS) was created, it was not only timely, but also tactical and sounded elitist, in terms of the response it have.

No sooner had it been it established than it lost focus.

Rather than going after the armed robbers it was created to combat, as the name suggests, it started harassing young men, who bear laptops, iPhones, or any one wearing dreadlocks, tagging then, cybercriminals; arresting, detaining them illegally and extorting them. Although, there are units, like the Special Fraud Units in the Nigeria Police Force, that is statutorily and technically better-equipped to carry put this function of internet fraud, SARS would not stop these statutory encroachment, the process during which, they, kill suspects, extrajudicial. They also dabble in such civil cases as debt recovery, land dispute.

Let us not even talk about the existence of the Economic and Financial Crimes Commission, EFCC; the National Financial Intelligence Units, NFIU; the Independent Corrupt Practices and other Related Offences Commission, ICPC among others who legally empowered to tackle such crime.

The most disgraceful things they were allegedly doing was; they arrest, without any reasonable ground for suspicion, drag the victims to the nearest ATM, and force him or her to withdraw from the account, as much as they want, after which such a person is set free.
“Go and sin no more”. Funny, but unfortunate!

Whoever among the suspect, that does not have the means to bail himself, would be taken to their den, where only providence would determine what becomes of him; could be “wasted” (to borrow their language, used for, shooting dead a crime suspect).

A lot of young Nigerians have either had their lives cut short, or, their careers truncated, due to the manner of their arrests or continued illegal detention and torturing.

Nigerians, sometimes last month decided that; they have had enough of that, and a protest, #EndSARS ensued.

It was a peaceful one, for, at least, the first fortnight, during which the demands of the group; “Five-upon-Five”, was handed to the Governor of Lagos State, Babajide Sanwo-Olu, who with immediate alacrity, took same, personally to the Presidential Villa, for delivery to President Muhammadu Buhari and the Inspector-General of Police, Mohammed Adamu. And the president wasted no time in acceding to those requests, first of which was to disband the dreaded, trigger-happy SARS.
Other requests include, immediate and unconditional release of #EndSARS protesters, justice for all victims of police brutality, prosecution of all erring police officers, and improvements in the welfare package for police officers.

Shortly afterwards, the protest’s hashtag changed, from #ENDSARS to #EndBadGovernance, calling for an end to bad governance and a complete overhaul of critical sectors, like the Education, Health, National Security, among others.

And on (Black) Tuesday the 20th day of October, year-2020, the Lekki shooting happened, and all hell was let loose in Lagos, the following day, and government and private properties, business interests were destroyed or looted, leaving in its wake, loss of properties, worth billions of naira.

The ill-advised shooting was a golden opportunity for hoodlums or people who have one score or the other, political or what have you, to settle, to pounce.

And pounce, they did.

It did not stop there, as other major cities, like Ilorin, Benin City, Jos, Calabar, even Abuja, the Federal Capital Territory, was not spared.

Warehouses suspected to be housing Covid-19 palliatives, believed to have been donated by CACOVID-19, were attacked, looted and vandalised, as the protest was successfully hijacked by people, other than the original, “Peaceful Protesters”.

Meanwhile, as all these were going, men of the Nigerian Police were nowhere to be found.

Would you blame them?
“No”. After all, survival, the say, is the first law of Nature.

The Nigerian Police, as an institution is, at the moment, battling with a legitimacy crisis; the dearth of which has eroded the trust the Nigerian public has in the institution,even though they, “Police is your friend.

But can we afford to leave such a critical institution on its own, at this trying moment of its existence?

The answer again is “No”.

There might be bad eggs among the men of the Nigerian Police Force, but that does not justify, throwing the baby away, with the bathwater.

The Police as an institution is ailing at the moment, and therefore has no capacity to treat or heal itself.

The task of helping the police to regain the trust of the members of the public, whom it is to protect, and also to regain its confidence, is a collective one.

This is so because, we need the police, as much as it needs us, the members of the public. Events over the last weekend shows that much.

It got to such a level that, the Commander-in-Chief of the Armed Forces of the Federal Republic of Nigeria, President Muhammadu Buhari, following the absence of policemen on the streets of Abuja, while looters reigned, instructed the Inspector-General of Police, to go, address the protest; meanwhile, the morale was at its lowest ebb.

It is an open secret that, all a criminal needs, to swing into action is to get a hints that, there would be no law enforcement agent around to burst his trade.

It is therefore time, for us to help the police to help us.

We need to embrace any olive branch that they police authority might extend, and help them regain the trust of the citizenry, with the hope that, they’ve learnt a very important lessons.

Before now, those in government always took for granted, the docility of an average Nigerian for granted; but it would be like that, any longer, going forward.
The (law-abiding) citizens too, also thought they could do without the police. But they now realise that, not when you have the professional and good men of the force, in the majority.

Nigerians should, at this juncture, embrace any genuine effort in the aftermath of #EndSARS that would birth “a modern, smart, humane and professional police force committed to protecting life’s ó and property”, in words of Simon Kolawole.