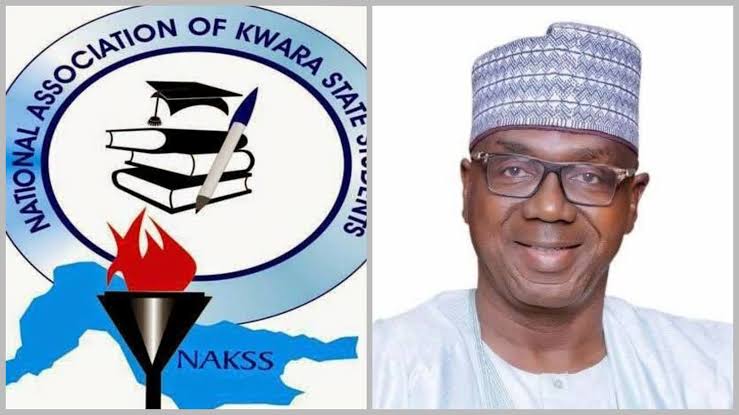 The National President of National Association of Kwara state Students (NAKSS), Comr. Abdullahi Abdulkadri Wokili has urged Kwarans not to vote Governor AbdulRahman AbdulRazaq for a second term in office, saying he lacks administrative skills to move the state forward.

Wokili who said “it’s the unanimous decision of the leadership of NAKSS NHQ to pass a vote of no confidence on the leadership of Governor Abdulrahman Abdulrazaq”, cited that reasons for their resolve are not unconnected to the fact that, for over 3 years into the APC-led administration, “Kwara has remain stagnant in terms of security, economic, education and infrastructure developments.”

“In a bid to salvage the situation and pass strong message to parents, civil servants, students and the entire people of Kwara State, we have decided to address a press conference today, stating facts and reasons why Governor Abdulrahman Abdulrazaq must not be reelected and as a matter of fact, not fit for the job.

“It’s visible to the blinds that Governor Abdulrahman AbdulRazak-led government has brought nothing but total backwardness to the state. This is as a result of his failure to fulfill his electoral promises, couple with lack of administrative skill to pilot the affairs of the state.

“It’s on record that NAKSS NHQ under my leadership has severally met with the Executive Governor of Kwara state to convey the yearnings and aspirations of the entire Kwara State students studying home and abroad however, it’s so pathetic that nothing positive and progressive has been done towards promoting the welfare of our members.

“History will not be kind to us if we should fail to guide the good people of Kwara State right in making choice of who becomes the Governor of the state in 2023. It’s on this note that we have come on air with the following reasons why Governor Abdulrahman Abdulrazaq must not be reelected:

“First and foremost, Governor Abdulrahman Abdulrazaq at several occasions promised a secretariat, mobility, conducive academic environment, adequate welfare and lot more but unfortunately none of the promises has been so fulfilled.

“Lack of transparency in the disbursement of bursary unlike the previous governments. It’s so pathetic to note that the government has not disclosed the amount released for the payment of bursary. The method adopted in payment was not only deceiving but also denying of students’ right.

“Poor infrastructure facilities on state owned institutions as a result of poor funding or dearth of subvention. This owed to the unfortunate incidents of COEASU industrial action and problem of salaries payment in Kwara State University, Malete and other Colleges of Education in the state.

“In addition, incessant increment of school fees and poor welfare condition for students. Nonchalant attitude of the government over the past 3years has become unbearable as it resulted to poor academic performance of students across board.

“Basic and foundational education became very expensive in Kwara State as the state government can no longer augment the payment of WAEC and NECO again unlike other states government. Poor payment of salaries of the teachers alongside lack of proper welfare.

“Furthermore, Kwara State government has debt burden of N109.55bn domestic debt and $45.94m external debt placing it 20th of the 36 states according to the report of the sub-national debts reports by the Debt Management Office. Sadly to note that with rising debt profile, no single capital project commissioned for nearly four years in office; such has never happened since the return of democracy in 1999.

“In lieu of above listed reasons among others, it’s safe to conclude that the APC-led government has no prosperous roadmap for Kwara State and must be ousted to give a breath of fresh air to the good people of the state who are already tired of the terrible mess he has plunged the state into and eager to experience a government which prioritizes their interests”, the statement added.

Wokili concluded that, in searching for a credible candidate for Kwara State Governor in the forthcoming general election, Kwarans should endeavor to look for a respected administrator who holds a track record of transparency in all offices he has occupied in the course of his career. Going by this, would bring about fortunate and prosperous Kwara State.

“As 2023 general elections approach, I call on critical stakeholders; parents, civil servants, most especially students as well as all patriotic Kwarans to extend their unflinching support to a credible and competent candidate as the next governor of Kwara State in a bid to change the course of our state for good and prosperity.

“On a final note, I want to specially implore all Kwara State students, youths and youngsters alike to be of good conduct always and desist to being employed by politicians to perpetrate violence during elections.”