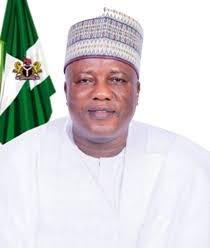 The intra factional crisis among the supporters of Governor AbdulRahman AbdulRazaq faction of the All Progressive Congress (APC) in Kwara state has taken a new turn, as supporters of Majority Leader of Kwara state House of Assembly, Hon. Abubakar Magaji Olawoyin threaten attack on a sub-group among the AA-APC faction for allegedly denying them use of the Party secretariat.

The AA faction of APC in Magaji Ngeri ward have two factional Chairman; Kokorin and Murtala Oforo. While Oforo is believed is to be loyal to the Majority leader Olawoyin, Kokori is loyal to some leaders of the Party in Magaji Ngeri, led by Alhaji Kawu Fada, who believed Olawoyin is unnecessarily dominating other leaders in the AA faction.

In a video published by The Informant247 on Friday, Olawoyin supporters in the presence of Oforo, the factional Chairman of the ward loyal to Olawoyin – and about 35 other party members – expressed displeasure “that the Kokori faction have been making use of the ward party secretariat since assumption of office”.

One of the supporters, in the video, vowed to carry out an attack on members of the Kokorin faction during the next extended party meeting, stressing that they also have equal right on the secretariat.

The other Factional Chairman of the Party in Magaji Ngeri ward, Kokorin has however called on the leader of the Kwara State House of Assembly, Magaji Olawoyin to caution his followers against violence.

The call came a day after the video of Olawoyin’s supporters calling for an attack against members of the other faction surfaced online.

Reacting to the threat in a statement made available to this medium over the weekend, Kokorin said, “I am calling on Olawoyin to caution his followers against‎ political violence and thuggery. We don’t display strength through violence.

“Everybody knows that the congress that brought me to power as the chairman of Magaji Ngeri constituency is very fair and witnessed a large turnout. Evidence abounds around; you can check credible mediums that reported it. Ask the other imposter to bring evidence of the congress that produce him. This is not a faction thing; it is a legitimate leadership against some few imposters. Before now, I am not worried a slight about their shouts. It is normal, but what I won’t sit down and watch is them taking the violence step. No, I won’t take it.”

Citing the video, he called on security agencies to bank on it as an evidence and work to forestall any attempt to breakdown of law and order in the ward and state at large.

“We will continue to assist security agencies as part of Governor AbdulRahman AbdulRazaq and our party’s commitment toward ensuring sustainable peace and security in the state,” he said.