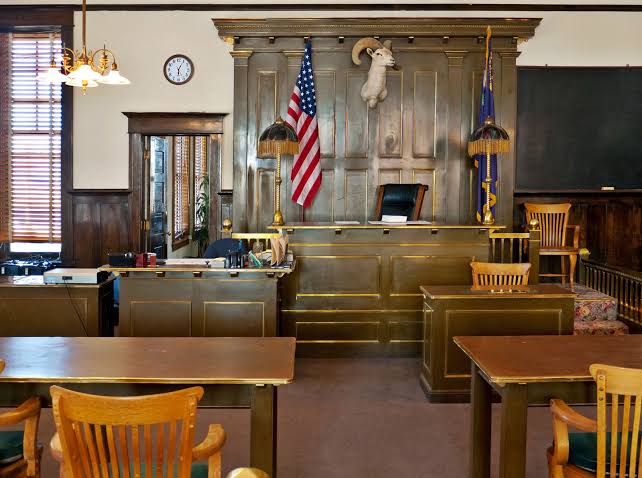 By Adebayo Abubakar:
The American presidential election has come and gone, but there are a lot of lessons to be learnt from all the incidents that characterized its conducts and trailed the result.
The whole world saw, at a close range, how institution, rather than individual charisma, determines the course of events.
The contest between President Donald Trump and Joe Biden went down as one that was characterized by theatrical rhetorics, especially, by the former who is the incumbent.
His campaign speeches were laden with divisive languages, vulgarity, and many unpresidential verbiage.
In the midst of all of the above, the people of the United States of America, realized one thing, although, bitterly, and that is; they made a mistake, four years ago, foisting on the rest of the world, an eccentric US President, in person of Donald Trump, and they accepted responsibility; took the bull by the horns, and reversed the mistake, voting him out in a very emphatic manner.
The election was more less, a referendum on the need to restore the sanity and global respect that the office of “The President of the United States”, POTUS, commands around the world. It must be manned by somebody of a commensurate personality.
So they appeared to have voted in that regard. Showing the Real Estate mogul-turned politician, the way out.
But Trump, with his megalomaniac mentality, always believes that, he ordained to win every contest he engages himself in; and anything to the contrary, according to his idiosyncrasy, indicates “foul play”.
The November-8, 2020 presidential election would have given him, an extra four years, had he won, was no exception.
Some of his actions and utterances suggest that, he would refuse to vacate office, come January 20, 2020, on the ground that, he, is not convinced, or believed he, lost the election.
The Americans never gave a hoot about those rantings simply because, they have an eternal faith in the in-built capacity of the American institution to self-regulate, and cleanse itself of any undesirable element, like Trump was trying to portray himself.
He tried to rubbish the American electoral process, by making unsubstantiated claim of rigging in key battleground States, like Michigan, and consequently, instructed his legal team to initiate a legal procedure, that will either nullify the result and order for a rerun, or a recount.
Trump tried, but failed, to undo Joe Biden’s victory in the presidential election through, first, the ballot; then, the courts, launching lawsuits in key battleground States; which have mostly been dismissed by State and Federal judges.
The outgoing president claimed widespread fraud in the November 3 election, but failed to provide substantial evidence to back up his extraordinary claims of malfeasance.
Even, his own Attorney-General, William Barr, said there was no evidence of election fraud that affected the outcome of the vote.
Some Judges, including conservatives and Trump’s own appointees, also repeatedly rejected his attempts to throw out millions of votes in order to cling to power; leaving him with, just one win in a minor case concerning a small number of ballots.
I tried to picture all those shenanigans through the prism of the “Nigerian political milieu”, and all I could see was injunctions, and counter-injunctions. One exparte order after another; granted by courts of concurrent jurisdiction – state High Courts countering Federal High Courts. Or High courts countering the Court of Appeal.  Or, was it not in Nigeria that a Customary Court, gave a judgment, purportedly nullifying a Supreme Court judgment?
Please, resist the urge to laugh. Biko. It sounds funny, and unfortunate, but true.
Nigerian Judges and the Judiciary at large need to take a cue on how the American judges conducted themselves, in the face of political pressure, mounted by President Donald Trump, when it became too glaring that he was losing or had lost the election. Patriotism.
American judges placed national interest above any other consideration; that explains why a judge who is a beneficiary President Trump’s political appointment, could look him in the eyes, and tell him that, he has no case against the process.
If it were to be in Nigeria, it would be a different kettle of fish.
Remember, in 1993, on the eve of the June 12 presidential election, judges who would not sit on a normal day, was procured, by some shadowy figures; Davis Abimbola and Arthur Nzeribe of the infamous, ABN (Association for Better Nigeria) to grant an exparte order to prevent the Chairman of the National Electoral Commission, NEC, Mr. Humphrey Nwosu, from going ahead with the election.
This is despite the fact that, the commission is empowered by the constitution to have absolute authority over any issue relating to the conduct of election.
What happened in America, during and after the 2020 presidential election is an example the Nigerian Judiciary and judges needs to emulate in order to deepen the root of democracy.
The American judge knows one thing and that is; National interest supercedes every other consideration, as far as “Project Americana” is concerned.
The Nigerian judiciary would do well, by reorientating the judges, to always resist the temptation to dance to the tune of the corrupting influence of politicians.
Adebayo Abubakar
Writes from Ilorin.