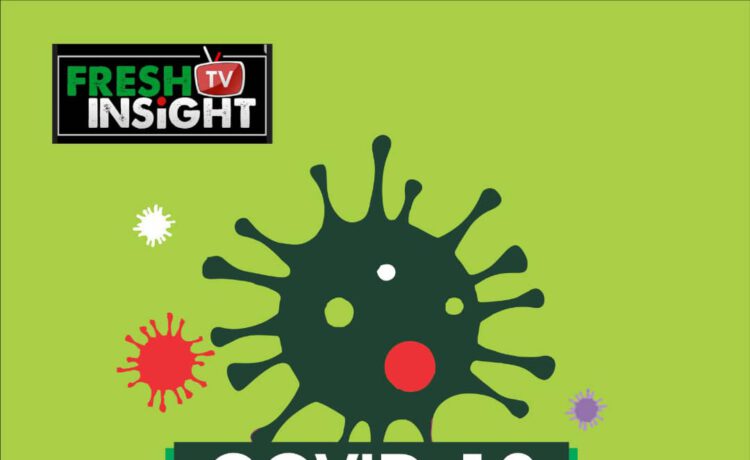 *Another suspected carrier dies without covid 19 test at UITH

More facts have continued to emerge on how the 5 affected UITH staffs contracted the pandemic covid 19 while on duty.

Fresh insight TV’s findings have authoritatively confirmed that the infection of the staff is not related to the dead suspected case which involved Prof. Alakija Kazeem Salami as widely insinuated.

Findings by Fresh Insight TV showed that all caregivers who had contact with the deceased suspected covid 19 cases had all tested negative to the virus, leaving only his wife who tested positive to the virus and was later discharged few days back after later testing negative twice.

Speaking with this medium on how the staff contracted the virus, an highly placed staff of UITH said “Our staff were not infected by the first suspected case who was linked to Prof. Salami who has since been suspended.

“All those tested with the exception of the deceased wife in respect of the suspected index case all came out negative. We had another case like 7 days ago, who died and the corpse was not tested.

“The deceased died on Tuesday evening at the Accident and Emergency Unit, the corpse was carried immediately because we had instructed that corpses should be evacuated immediately.

“Although the deceased wasn’t tested for covid 19, we believed he contracted it from the second index case, as he was the one that infected the UITH staffs.

Speaking further he said ” Almost all the nurses in Accident and Emergency Unit were on isolation when the second case was confirmed, as they were already exposed to the suspected index case who died.

“So when he died, the only nurse on duty was not around, the second confirmed case however spent no fewer than 6 days on admission.

Speaking further, another source said, the patient who infected the caregivers, is an indigene of Ilorin who shares a name with one of the ruling houses in Ilorin emirate. He recently returned from Abuja where he went to submit tender for a job at UniAbuja.

“He came back to Ilorin feeling sick, so he came to UITH for treatment, not knowing he was already infected with covid 19, his samples was taken and it came out positive” he stressed.

On why the staffs especially medical Doctors and Nurses of the hospital seem too exposed to risk he said “We’ve been having shortage of PPEs, the hospital seem not to be prioritising the safety and protection of the front line caregivers.

“It’s saddening that with the global alarming threat the covid 19 pandemic poses, it’s least expected that a Tertiary hospital will leave staffs this exposed, but the reality in UITH and several other hospitals in Kwara leaves much more to be desired” he fumed.

In the same vein, both the management of the University of Ilorin Teaching Hospital and Kwara State Government, have continued to maintain sealed lips on the outcome of the UITH 10man investigative committee set up to investigate alleged “unethical conduct” leveled against Prof. Salami who was earlier suspended.

Exactly a week after the expiration of the committee’s assignment, nothing seem to have been done, thereby further raising suspicious and given life to back and forth rumours.

Meanwhile, barely 10 days after Nurses and Health Workers in Kwara State General Hospital Ilorin embarked on protest over the state government’s refusal to provide them with personal protective equipments amid fight against the novel coronavirus, the Kwara State Chapter of the Nigerian Medical Association (NMA) on Saturday also raised the alarm over the shortage of Personal Protective Equipment (PPEs) at hospitals in the state.

Dr Kolade Solagberu, the chairman of the association, made the announcement while speaking in an interview with newsmen in Ilorin.

According to him, PPEs provided at hospitals in the state have finished, a development that has exposed health workers to the risk of contracting the dreaded coronavirus.

The NMA chief disclosed that some heads of government-owned hospitals in the state had been grumbling over the PPEs shortages.

“Some of them called me this morning that the PPEs are not enough and that they had been told to source for PPEs themselves.

“This should not be so because PPEs are consumables that are discarded after use. So they need to be replaced as they are being used.”