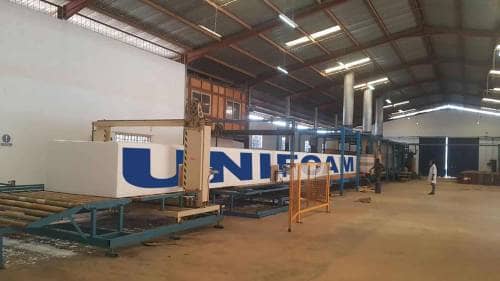 A company, United Foam Products Limited, has dismissed an online report accusing it of maltreating and enslaving its workers among other allegations.

The firm described the report published on Sahara Reporters as a lie from the pit of hell, saying that a huge number of people including educated, non-educated and artisans have been engaged through its operation spanning four decades in Ilorin, the Kwara State capital alone.

This was contained in a statement issued by Barrister O.T Olorunnisola, an External Solicitor to the company, a copy of which was made available to Journalists in Ilorin, saying that the company prioritizes staff salaries and welfare.

The statement said there was no time the factory enslaved its workforce, pointing out that while they work for seven hours daily, they receive pay above the recommended minimum wage.

It described the report as the handiwork of the blackmailers, who were only out to drag the reputation the company built over the years in the mud and mislead the unsuspecting members of the public.

The statement also debunked the allegation that it bribed the police to arrest any staff with audacity to challenge the management of the company, saying that the reputable company of its nature would not indulge in such an unholy practice.

Contrary to the claim in the report that the company worked during COVID-19 lock down, the statement clarified that it got exemption from the state government to mass produce mattresses for donation in Kwara and Oyo States, just as it added that the company remains the longest surviving private company in the history of Kwara State with minimum of 500 staff strength.

The statement entitled ‘Re: We work like slaves, Nigerian workers in Lebanese company cry out over maltreatment’, read:

“Our attention has been drawn by our client (UNIFOAM)to a report on an online news platform, Sahara Reporters, alleging that client has been enslaving its staff and maltreating them at will among other spurious allegations.

We wouldn’t have dignified the catalogue of unsubstantiated allegations against our client , United Foam Products Limited, which the report identified as Unique Foam( a company which doesn’t exist) with a response but as a responsible and responsive organization, it behoves us to correct the erroneous impression created and set the record straight so as not to mislead the undiscerned.

First, our client has been operating as a company for the past four decades in Ilorin, the Kwara State capital being the Head Office, providing employment opportunities for educated, non-educated and even artisans. This, we believe, has gone a long way in curbing unemployment debacle in our society.

Secondly, our client maintain and sustain corporate and social responsibility and contribute its quota to the development of its host community in the spirit of giving back to the host community as a responsible organization.

Therefore, we want to state it clearly that there was never a time whatsoever that our client maltreated its staff in terms of payment of salaries and other welfare packages. The allegation that staff are paid peanuts is nothing but lie from the pit of hell.

In Unifoam, staff work for seven hours and they are paid more than the recommended minimum wage. This is a verifiable fact. Testimonies are there for people to see except for those who are in the habit of maligning and dragging the name of client in the mud, which obviously the writer is part of.

They also alleged in the report that our client sack staff arbitrarily. This is nothing but a cheap blackmail all in an attempt to portray our client in bad light. Nothing could be farther from the truth.

Part of the allegations was that our client bribed the police authority to arrest any staff, who challenged the management on condition of service and welfare. This is another sensation and ploy to malign our client. As a responsible organization, our client has never and would never under whatever guise engage in such an unholy practice.

Our client is enrolled with National Social Industrial Trust Fund (NSITF) on job hazards for contract staff. In spite of that, the company takes care of any job related accidents. Unifoam also has a standard clinic on its premises to handle minor incidences, a facility which most corporate organizations cannot boast of. The company safety and security procedures are industrial standard and we are being regulated by all manufacturing regulatory bodies.

On the allegation that our client worked during COVID-19 lock down, we need to make it abundantly clear that our client was covered under the provider of essential services by Kwara State government to mass produce mattresses for Isolation Centres in Kwara and Oyo States among other states. These were DONATIONS from our client in support of the battle against coronavirus pandemic. We ensured all COVID-19 protocols were and still being observed in the company.

It is imperative to state that in spite of COVID-19 induced lock down, our client continued paying staff salaries in full regardless of whether they were at work or not. It would be recalled that the period under review was when most private companies laid off staff due to their inability to pay salaries.

For the record, United Foam Products Limited remains the longest surviving private company in the history of Kwara State with minimum of 500 staff strength.

We want to therefore urge the public to disregard the erroneous impression created by some faceless people through the unsubstantiated report. Our client is committed to prioritizing welfare of its staff and hold its customers and the general public in high esteem.