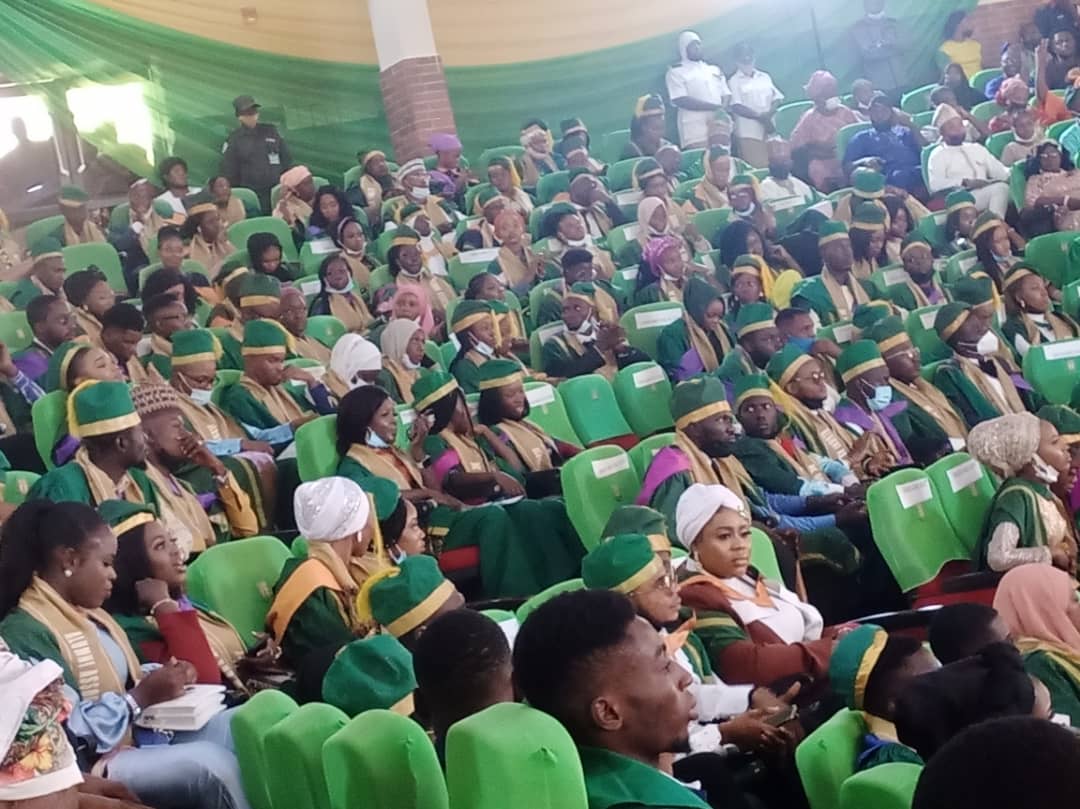 By Adebayo Abubakar
Early this year, the Kwara State Government green-lighted the recruitment of thousands of qualified teachers, for both the State Universal Basic English Board, SUBEB, and the Teaching Service Commission TESCOM.
The category to be recruited into the SUBEB would be deployed to various Junior Secondary schools across the State, while that of TESCOM would be deployed to various Senior Secondary Schools across the length and breadth of the State, after having gone through the whole process and come out successful.
Soon after, the application portal was opened and there was an intensive awareness campaign sponsored by the State Government, through the Ministry of Education, across media platforms, radio, television, micro blog sites among others.
This was to ensure that, everyone is given the opportunity of being aware, with a view to getting as many application from as many people that are qualified and are interested.
Applicants were subsequently scheduled for the aptitude tests, held across the three senatorial districts in the State, which scores would form the basis for selection of applicants, for the next stage of the recruitment process.
To that effect, cut-off marks were set for different categories.
In the SUBEB category, the cut-off mark for applicants from Kwara South and Central senatorial districts was pegged at 50%; while that of applicants from Kwara North, (with the exception of Moro local government area); Baruten, Edu, Kaiama and Pategi Local Government Areas of the State, was pegged on 40%; and for non-indigenes, SUBEB, 60% and TESCOM; 65%.
Coming to the issue of differences in the cut-off marks for Kwara North, in what could be described as an “affirmative action”.
For the sake of those who might not be familiar with the term; “Affirmative Action”; is a policy initiative in which a person’s nationality, sex, religion ethnicity, and other factors are taken into account by a government organisation to extend employment or education opportunities.
So, one would want to ask; on what basis are the people of Kwara North qualified to be beneficiaries of affirmative action in a recruitment of this nature?
Is it assumed that they are not as brilliant as their counterparts in the South and Central Districts? To me, the answer is a capital “NO”. A zone that boasts of, as many Professors, Doctorate degree holders, professionals in different fields of human endeavours, cannot be rightly so categorised.
I stumbled on a group of some social media users, debating the issue, and one of them said, it is because they (people of Kwara north) are under-represented in the civil service.
If that is the case, lowering the cut-off mark, is an insult and an assault on the collective sensibilities, scholarship of notable prominent people from the zone, who have distinguished themselves in their respective fields, doing the State proud, around the world.
Do not forget, the current speaker of the Kwara State House of Assembly, Honourable Salihu Yakubu-Danladi, who is one of the youngest, if not the youngest, Speakers in Nigeria, is from Kwara north.
He is an Engineer who ,in my estimation, is capable of holding his own among his peers from anywhere across the globe; and I believe there are thousands of Salihu Yakubu-Danladi in Kwara North.
If under-representation in the State Civil Service is truly the basis for the lowering of the cut-off mark for applicants for TESCOM/SUBEB recruitment by the recruiters, then the quota to be chosen from the zone could have been jerked up, a bit higher than those of the remaining two regions, as a sort of affirmative action. That is a more respectable way to go about it.
For instance, if 500 teachers were to be recruited, it could be done in such a way that, 200 would be picked from the North, while the Central and the South Senatorial Districts would be given 150 each, depending on number to be recruited for the balancing.
If it is on the ground that, the zone is educationally-disadvantaged, lowering their cut-off is a counter-productive move, as it would further entrench that “disadvantage”, by grooming students who may find it difficult to compete.
In as much as the deployment of the recruited teachers is not going to be indigenised, the ministry can select those who are qualified from different parts of the State; deploy them to the zone to go and lay a solid foundation for the (nearest) future.
All things being equal, in less than 10 years from now, most, if not all of the students that these new set of teachers will, produce would have graduated from either Colleges of Education or Universities and be ready to continue the multiplier effect of the good and solid foundation being laid now.
Lowering the cut-off mark means lowering the standard of education, which negates the essence of the recruitment exercise, as espoused by the government, in the first place.
The conceiver of the idea of 40%, as opposed to 50% for other zones needs to come out and explain, for posterity sake.
He needs to let the public know the underlying factor for the differentials.
If it is politics, it is one, played too dirty. If it is all about politics and not about fairness and equity rooted in the need to balance age-long imbalances, then it leaves a very bad taste in the mouth of people with an unflinching loyalty to logic and common sense.
There is very serious need for us to get it right at this material time, as far as education is concerned, because any nation that neglects the (proper) education of her youths has, invariably neglected her future.
Adebayo Abubakar
Writes from Ilorin