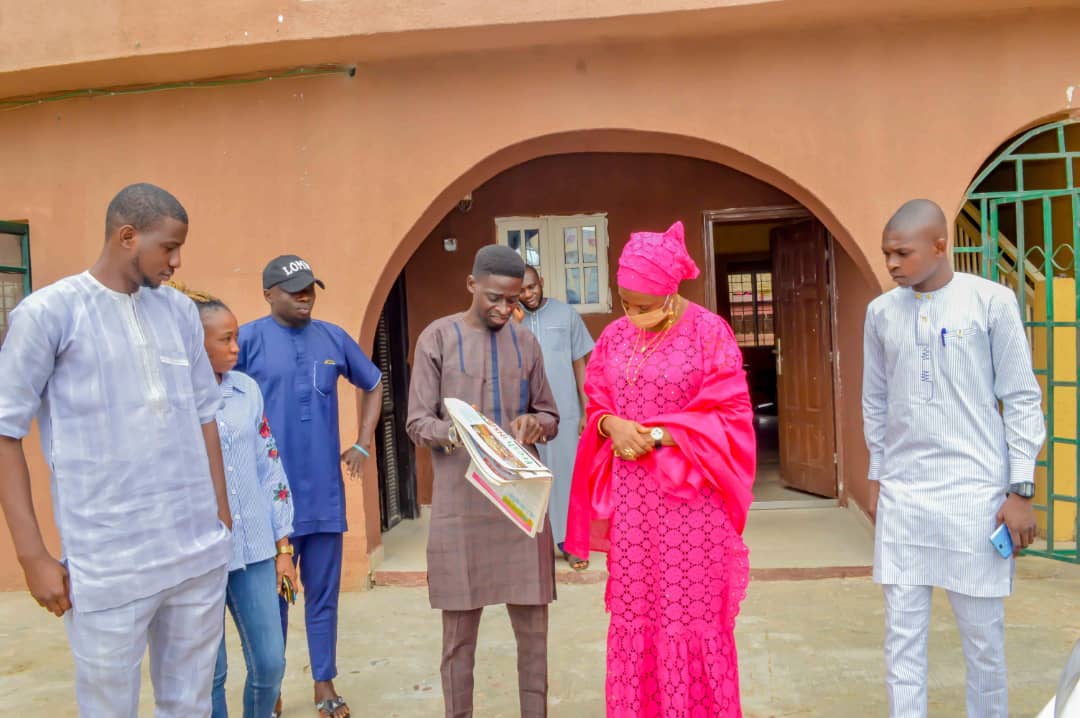 Although, I’ve known from afar, Sa’adatu Moddibo Kawu (SMK) the Kwara State Commissioner for Tertiary Education, Science and Technology, for more than 3 years, as one of the regular visitors to the Ilorin home of Mal. Ish’aq Modibbo Kawu (IMK) being one of his protégé and admirers of his large repository of knowledge.

So, whenever I visit the Ilorin home of the Kawu Modibbos, I often see SMK, I’ll greet her she’ll answer with courtesy and undisguised respect, even when she knew next to nothing about me, my personality, believes and the undeniable ethical stubbornness and loyalty to my conscience.

We never got talking outside the usual pleasantries, which often last few seconds, before myself and friends moves to our ‘library’ (IMK) for an engaging friendly and convivial engagement.

I however started paying more attention to SMK when her husband threw his hat unexpectedly into the 2019 gubernatorial contest. It is worthy of note that I was already an integral part of the Rebirth Movement, pursuing the dream and vision of a Rebirthed Kwara under the sanguine and delectable Mal. Lukman Olayiwola Mustapha, where consensus building, mutual respect and placing premium on the interest of the general good was our major driving force.

The fact that I wasn’t with the IMK’s Reclaim team never soiled our relationship, in fact it made it blossom. IMK will always call, invite myself and Ibrahim Sheriff down to his house, where he’ll review and critique the Rebirth activities and offer advice.

When primaries threw up the eventual winner of the election, who is the sitting Governor today, Gov. Abdulrahman Abdulrazaq, majority of the front liners left for their various stations outside Kwara, except for the Rebirth and Reclaim team who thronged on with even more vigour.

SMK surprisingly was one of the most visible feminine forces coordinating and mobilising for the success of the candidate and party in the general elections.

She refused to bemoan her lost opportunity of being the next first lady of the State, rather she constituted a somewhat independent campaign structure and toured the nooks and crannies of the State, often times on her own bill.

All this while, we still never got talking, until months after her appointment as commissioner and I was on an unscheduled visit to her office courtesy of diehard IMK supporters.

We entered her office, she was too courteous to be a commissioner here, especially with numerous past experiences with previous occupiers of the same office and even some of her colleagues today.

We ended up doing an uncensored and fearless dissection of the then 1 year old Abdulrahman Abdulrazaq government, with the help of SWOT analysis.

She appreciated the engagement, the sincere dissection and also led us to some of the challenges facing the government, which surely aren’t suitable for the pages of the newspaper, thereby pleading for our support and understanding for the government and especially the Governor, who in her words is a “sincere man, desirous of succeeding and writing his name in gold”.

Few weeks after, on hearing of the opening of Fresh Insight’s new office, not minding that we didn’t officially or unofficially inform her, she called to felicitate and encourage us, while also promising to visit the office soonest.

She indeed visited, blessed and promised the support and patronage of the government, while once again soliciting the support of Fresh Insight and indeed my humble self as one of the visible and ever present youthful faces throughout the Otoge struggle.

This few encounters has given me the opportunity of closely observing her and I stand bold to say, her biggest strength is the fact that she’s a damn good listener, an experienced administrator and above all one blessed with a disarming smile.

On this auspicious occasion of your birthday, I want to appreciate your industry and dedication to seeing that the Abdulrahman Abdulrazaq administration succeeds.

On behalf of myself and the Fresh Insight team, I pray Allah continues to guide and guard you and yours to success, especially on the highly slippery assignment at hand.