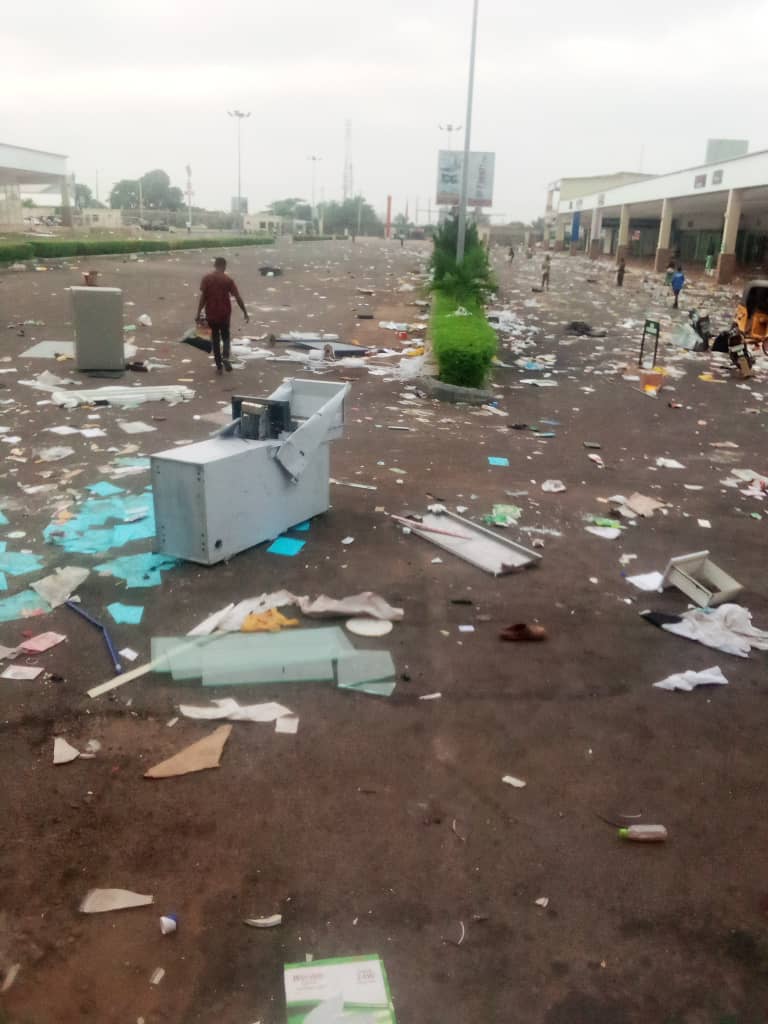 When they say information is power, ask those that hoarded vital information from you or failed to take a step as in the case of Kwara government when they had actionable intelligence on the coordinated attack on Shoprite and other establishments what they did with their power. These are the dilemmas of taxpayers.

The unfortunate incident at Palms Mall which houses Shoprite amongst many other businesses, including KFC, Dominoes Pizza, Femtech and even commercial bank branches is not based on lack of capacity but technicalities and slow decision making by the government.

It is important to note that nothing new will be significant if past legacies are not sustained. Most importantly, present realities have invalidated claims that many establishments such as Shoprite belong to Dr Abubakar Bukola Saraki.

Someone needs to tell the Abdulrahman Abdulrazaq administration that one may be “efficient” and not be “effective” – if a conscious and careful mind is not channelled towards the process of decision making. There is nothing exceptional about setting out for new records if the good legacies of those before him can’t be sustained and protected.

Establishments such as Shoprite are the product of the undeniable efforts of the Saraki led administration and such inaction only point to one fact, it is not about the state, it is about anything that smells of Saraki can be destroyed. Such an establishment where the State have investment regardless of who facilitated it must be protected at all costs. This kind of decisions make the State prone to danger and discourage investors from investing in Kwara where properties can’t be secured. Regrettably, it is a bad image for us all.

The act was first executed by coordinated thugs who created civil unrest which boosted the confidence of other people to loot private businesses. The government could have curbed it especially when they had actionable intelligence, it is better than the “virility obsession” approach by the Governor.

In an irresponsible statement credited to one of the appointees of the Governor where he credited Dr Saraki as leader of the looters only shows the government is delusional about the reality of things. There is poverty in the State. It is a reality the State Government must address and draw a combative policy that will reduce and manage the social and financial distress the people are experiencing.

It is unfortunate that when the government is making policies that are supposed to address a particular problem and turns out not only to be ineffective but also painfully counterproductive and catastrophic. As sad as it may appear, the Government must note that its social investment policy is not suppressive enough and restrategize. The mindset of the government on the social investment programme doesn’t in any way showcase that of someone who wants to create wealth in the State but rather an establishment of ideological poverty which the scorecard is evident with the recent looting in the State. The approach insults the sense of creation and intention of the administration drivers when they sincerely ask themselves the kind of expectation they have from such investments.

Government is supposed to have a framework that will properly address poverty in the state. Every government that comes on board; it is believed that they are clear of their purpose. It is to address problems that made the society unstable, find solutions or formulate policies that widely manage the situation. At this point, any personal displeasure about the previous administration should not be an excuse to abandon responsibility. If the government continues to give room for assumptions and theatrical analysis of events, it will consequentially lead to suspicion, squandering of goodwill and confidence on the part of the government.

This kind of inaction is bizarre in the state and it is best government amends its mistake, takes responsibility and act appropriately. No government allows looting with the hope of replacing looted items and restraining the use of security operatives based on brutality. That is not a “reason” but “excuse” to pacify their conscience. Which “causalities” did they prevent in the end?

Is it the millions that private business owners lost to the looters that’s not a “casualty”? Digging on such an annoying statement and excuse only means the “inaction” of the government is intentional?

Conclusively, the sudden change of gear by the government to use the promised five hundred million naira (N500 million) as loan rather than the well circulated grant for the affected business owners shows lack of sincerity.

This is a pointer to lack of confidence and trust in the administration. The Government, under Abdulrahman Abdulrazaq, must do all it takes to ensure they reinvest their confidence on them.