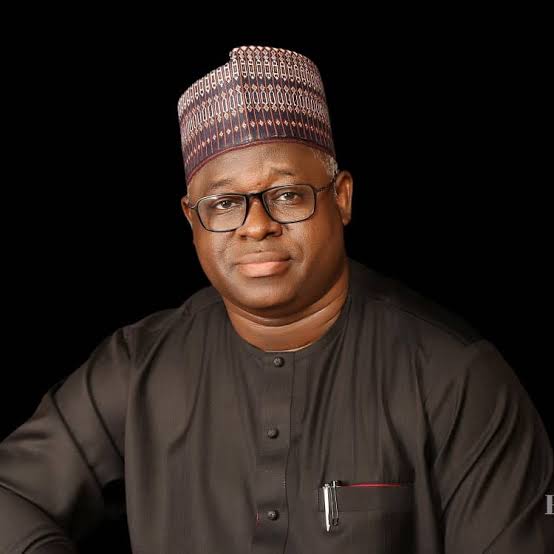 By Muhammed Salman
Senator representing Kwaa North at the red chambers of the National Assembly, Sen. Sidiq Umar, has  promised the people of Kwara North more dividends of democracy, stressing that even with his independently verifiable achievements that’s receiving applause across divides, he’s not contemplating resting on his oars.
Umar made this vow during his tour of Gwanabe, Wajibe in Kaima local government area of the State over the weekend.
Umar who was received at the ward headquarters by the village head of Aboki, the ward headquarters, thanked members of APC and the entirety of his constituency for the unflinching support and after the elections, he however used the opportunity to solicit for more support for him an the Abdulrahman Abdulrazaq administration.
In the same vein, the TIC Chairman of the local government Hon. Suleiman gado the Tiwho was among the senator’s entourage and also from the host ward, thanked the people of the ward and asked the people to make their request to the council and other representatives present and assured them of the government commitments towards bringing the dividends of democracy to the grassroots.
Having listen to the contributions of the people of the ward, both ppreciations/request.
Senator Sadiq Umar explained to the gathering that locations of projects been facilitated to wards across the senatorial districts are usually been done by the wards officials and promise to continue to collaborate with other stakeholders and the governments in facilitating more projects. He thanked the people for their supports and seek for patient and prayers for all the public office holders at all levels.
Similar, Distingushed senator sadiq umar was also at wojibe ward headquarter kuguji for similar engagement with the people of the ward, and thereafter proceeded to join the kiwozi of wojibe for the traditional dance to celebrate the eldi-fitri festival.