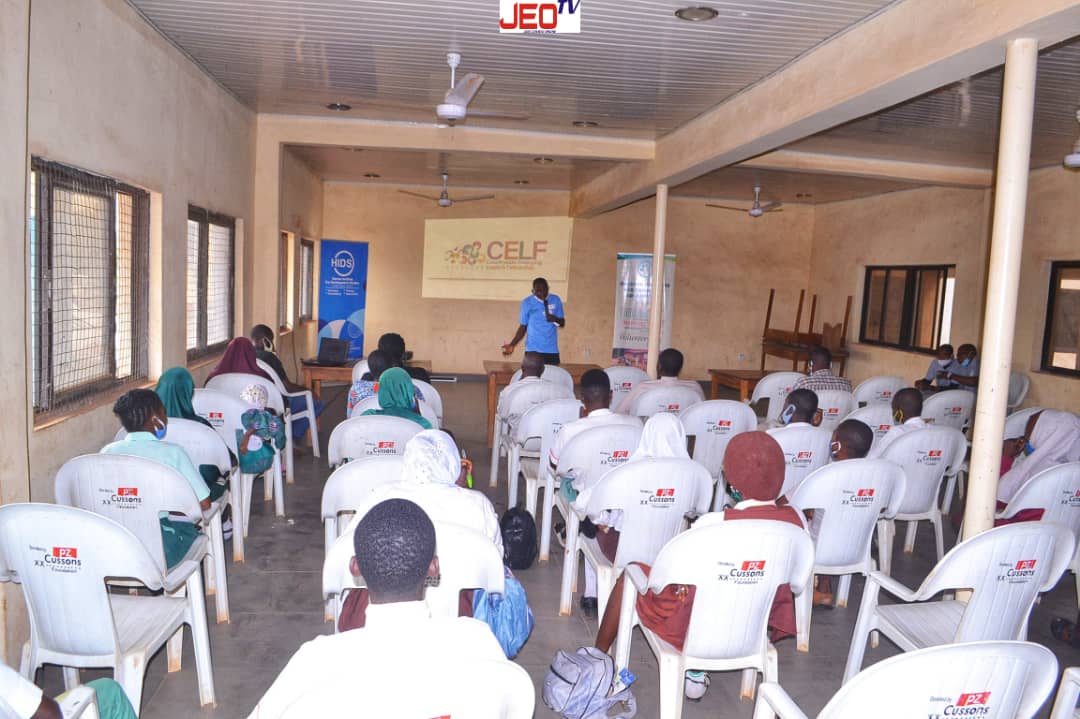 The Senator representing Kwara Central Senatorial District at the National Assembly, Dr. Ibrahim Yahyah Oloriegbe has vowed not to be part of the bid for re-election by incumbent Governor of the state, AbdulRahman AbdulRazaq.

Recall, that the Senator had recently tackled the Governor on a national television, where he described the APC in Kwara state under AbdulRazaq’s leadership as a ‘mediocre’, challenging the Governor to come out openly and swear by the holy Quran that he didn’t thwart his victory.

The Senator, according to a leaked audio recording from a meeting with inner caucus of his political team, which was exclusively obtained by Fresh Insight, said “God will judge Gov. AbdulRazaq for betraying me.”

While urging his supporters to accept the outcome of the APC primaries as the will of Allah, even though greatly influenced by the mischief of men, Oloriegbe said he laughed last the two times he had witnessed such kinds of disappointment.

In his words, “In 2003, I didn’t get ticket to return to the Kwara Assembly, even though Gov. Lawal lost that election, God opened door to a big professional opportunity to me, that’s where I got money to build this house you are seeing. It’s not government money.

“2011 was worse, because I lost in a general elections. I had nothing doing after the elections. But immediately I returned to Abuja, I got another bigger professional opportunity.

“The scenario in 2014 is similar to what just happened in APC, some hours to the primaries (in 2014), they came to persuade me to step down for AbdulRahman AbdulRazaq because they wanted to consider Dele Belgore SAN in whose camp I fell for gubernatorial candidate. Just like you are crying now, that was how people were crying then because we were really prepared. However, We told them there would be a repercussion because it was not done in good faith and it really had repercussion” he said.

Oloriegbe furthered that “The scenario in the just concluded APC primaries differs from the 2014 scenario for three reasons; I was the one that rallied the other 2 Senators’ (Kwara South and North) support for the Governor when there was division in the party. So, if he feels betrayal is the best way to pay me back, God will judge it.”

“I am a leader in this party, if he (Gov. AbdulRazaq) doesn’t want me to go back, we should sit and talk about it. But for him to act deceptively as though he was supporting me, just to make a U-turn 3-days to the primary election, there is God”, he said.

He added that “Secondly, I am still a sitting Senator and I have one more year to go. Those they gave tickets doesn’t become Senators automatically, let’s look at the outcome of the elections and see what God will do in 2023.”

“Between now and June 2023, I am still a Senator and will continue to do everything I was doing for my people. The only difference is that I won’t shoulder the burden of the party and won’t route it through the party. Our empowerment, water, electricity, education and other projects we are doing will continue because that is the pact I signed with the people.”

Asked whether his supporters willing to defect to another political party have his permission, the Senator said “I won’t give such instruction, anybody can do whatever pleases him/her. But those holding executive position in the party would have to excuse me from their activities in the State, but I will participate in national campaigns of the party”, he said.