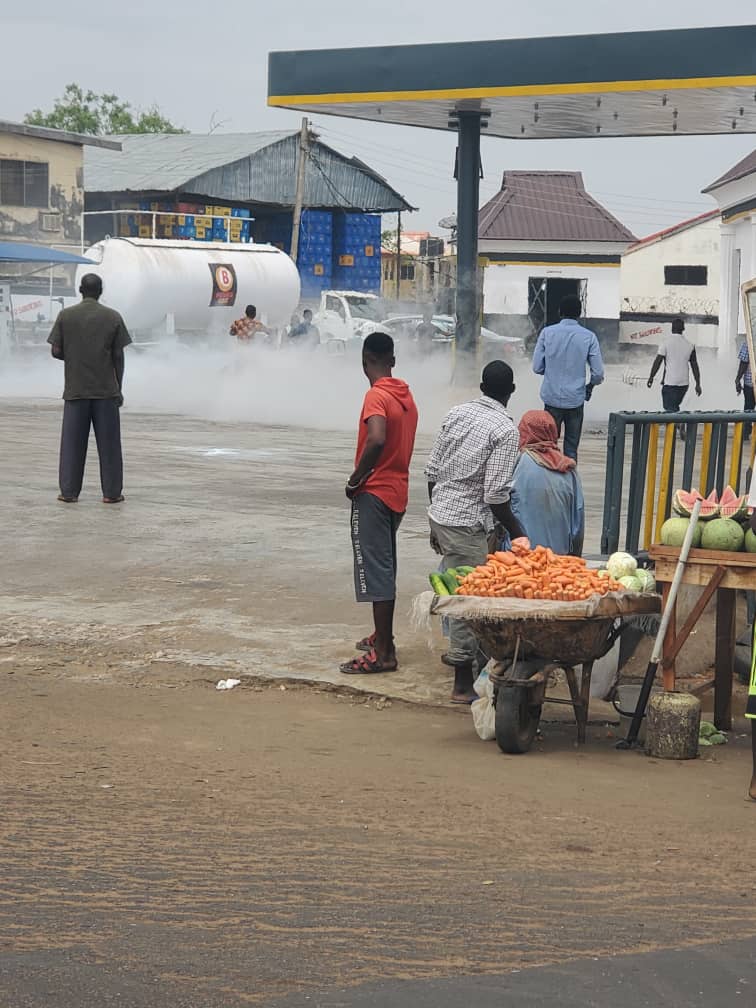 By Abdulrasheed Akogun
Scores are feared injured as a gas explosion rocked Ilorin popular filling station, Bovas.
The explosion which occurred at the Ofga-garage outlet of the filling according to an eyewitness left residents, commercial motorcyclists and other passerbys scampering for safety.
Speaking with Fresh Insight, a petty trader with shop close to the filling station said “The explosion happened around some minutes to 11, we just heard a loud bang and smoke taking over the whole filling station, we all scampered for safety not knowing what was happening.
“In the ensuing melee, several people sustained bruises, while some of those in the filling station like hawkers, petrol attendant and those buying fuel were injured” she stressed.
Another eyewitness said “The explosion was from the commercial gas plant located inside the filling station, it was dispensing and suddenly exploded, it was however immediately brought under control, although several people sustained varying degrees of injury” he confirmed.