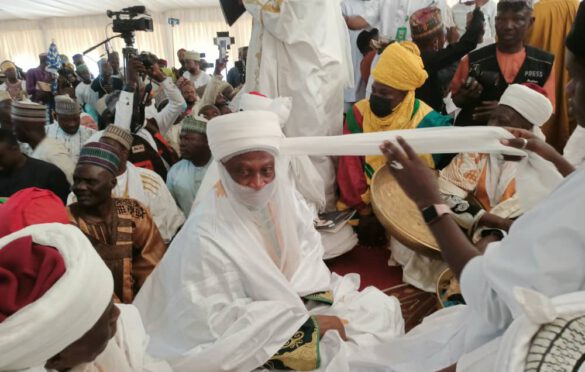 The colourful event held today at the Palace of the Emir of Ilorin, Alhaji Ibrahim Sulu-Gambari.

This medium reports that Seriki Salama of Ilorin, who doubles as Chief of Staff to the Emir led Alhaji Baraje to the venue of the turbaning at exactly 10:58am to the admiration of other title holders of the Emirate and personalities that attended the occasion.

In his brief remarks, the Emir of Ilorin said the antecedent and contribution of the former Acting National Chairman of PDP to the growth and development of Emirate earned him the title of Tafida.

The monarch urged Alhaji Baraje to justify the confidence reposed in him with the new title with renewed commitment, dedication and loyalty to the Ilorin Emirate.