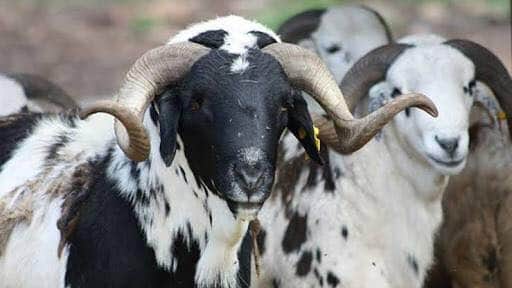 The Kwara State Police command has deployed no fewer 3,500 officers for the Eid-el-Kabir festival.

This was disclosed on Sunday in a telephone chat with the command spokesperson, Ajayi Okansanmi (SP).

He said the police was committed to protecting the life and property of members of the public during and after the festival.

This is coming just as the state government has announced cancelation of congregational prayers during the period.

According to the PPRO, the officers will be deploy to areas where state government have ban congregational prayer during the period to curb the spread of the covid-19 pandemic including eateries among other places.

“The police patrol will be moving around to avoid any illegal activity during the period. Members of the public should follow the laid down rules and regulation of state government and observe Covid-19 protocols.

“People should go about with their face mask and sanitize their hands and also to keep social distancing.”

Okasanmi further said anyone found wanting will be dealt with and brought to face the full wrath of the law.

“People should go about celebrating the Eid-el-Kabir in peace and harmony and report any suspected crime activity to the nearest police station for immediate responds”, he noted.

Similar the Nigeria Security and Civil Defense Corps (NSCDC) told this medium last night that the command is deploying 1850 officers to maintain peace and security during the celebration.

Ayeni Olasunkami (DSC), the command PRO confirmed this to our reporter last night in a telephone chat.

Meanwhile, the Kwara State Road Traffic Management Authority (KWARTMA) has deployed no fewer than 170 personnel to hitch free movement of people and goods within the State during the eid-el-kabir celebration.

The Chief Executive Officer of the Authority, Alhaji Yekeen ‘Tunde Bello, while briefing news men in his office on Friday,  stated that 50 personnel were to be on regular patrol within the metropolis and 90 personnel are to man different check points (Traffic Bottleneck Areas).

He said other officers have been deployed to different highways to forestall any form of accidents and emergencies.

He explained that Roads like; Eyenkorin – Olooru – Bode-Saadu – Jebba, Ogbomoso – Otte – Airport, Zango – Oke-Ose – Oke-oyi and Ganmo – Amoyo – Ajase-Ipo highways would all be put under regular surveillance by KWARTMA to ensure safety of those traveling to and from the Kwara State Capital giveb the increase in volume of traffic during the celebration period.

Bello, however, charged road users to be safety conscious before, during and after the celebration by obeying all traffic rules and regulations, avoid excess speed, be patient on the road always and also to obey all government directives on COVID-19 pandemic by avoiding overloading of passengers on commuter buses, avoiding crowded places and ensure the use of face mask at all time.

He also warned garage operators and traders to desist from using the road to carry out their activities as this would attract severe sanctions for anyone arrested disobeying this order.

While urging transport operators and travelers to avoid night travels, he pledged the Agency’s continuous selfless service to the people of the state in line with Governor Abdulrahaman Abdulrazaq’s vision for a new Kwara.