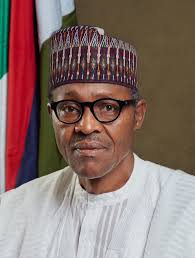 …Urge Kwarans to accord him warm reception

The Senatorial Candidate of the All Progressives Congress (APC) for Kwara Central, Mallam Saliu Mustapha, has said that the administration of President Muhammadu Buhari had helped Kwara State and others in the country in great proportion to address the infrastructural deficits bedeviling them.

Speaking ahead of the President’s visit to the State for a campaign rally of the APC Presidential Candidate, Asiwaju Bola Tinubu on Tuesday, Mustapha said the Buhari administration has been consistent in mitigating the problems inherited from the previous administrations.

“We, here, in Kwara State can testify to the dualization of the strategic Ilorin – Jebba-Mokwa road, which was only at 15.9% completion by the time the administration assumed office but today the road that links the South West to the North West is 100% completed and it is now easy for trucks moving agricultural produce to ply that route”, he said.

According to him, the Buhari administration accorded a priority attention to boosting infrastructural development with a view to fast-tracking the country’s socio-economic growth.

Mustapha, who is the Turaki of Ilorin, also scored the Buhari government high in implementing various agricultural and National Social Investment Programmes (N-SIPs) amongst others.

“Indeed, so much has been said about the infrastructure being put in place including the ongoing rail projects, but some of us believe that his efforts at diversifying the economy will be his major legacy.

“Under the programme launched by President Buhari in November 2015, more than N1 trillion has been disbursed to over 4.8million smallholder farmers of 21 different commodities across the country including Kwara State to cultivate over 4m hectares of farmland.

partnership with the African Development Bank through which agro processing centres are to be established with basic infrastructure such as water, electricity and roads as well as facilities for skills training in 7 states.

“All these and a lot more are some of the achievements of the APC-led Buhari administration and we can also see the evidently good work of our outstanding Governor, Mallam AbdulRahman AbdulRazaq”, APC Kwara Central Senatorial candidate added.

Mustapha assured the party’s presidential candidate, Asiwaju Tinubu of necessary support to defeat other contenders in Kwara next month.

“With the leadership of Governor AbdulRazaq, we will continue to take Asiwaju’s campaign to the nooks and crannies of the state and we are convinced that our great party will record a landslide victory in the state.

“We are solidly behind Tinubu’s Presidency, and like we did in 2019, we will emerge victorious at the poll.

“The APC in Kwara has, in the last four years, delivered on most of its promises, and we will do much better in the coming years”, he said.

The The Turaki of Ilorin also called on Kwarans to give the President a warm welcome on his first visit to the state since 2019.