The Kwara State government has set aside 200,000 hectares of land land for the National livestock transformation plan otherwise known as RUGA.
This much was disclosed to President Muhammadu Buhari yesterday during a working visit to him by the Governor of Kwara State, Abdulrahman Abdulrazaq, expressing willingness of the State to be part of the scheme.
An hectare consist of 15 plots. An Arce is a standard unit of measurement used by land sellers and it is almost equivalent to the size of a standard football field. An Acre is a product of any rectangular plot of land giving a total of 4,046sqm OR 43,560sq ft. An Acre consist of 6 plots each measuring 6 x 120ft.
In that light the land set aside for the exercise in plots is appropriately equivalent of 3,000,000 (three million) plots of land. 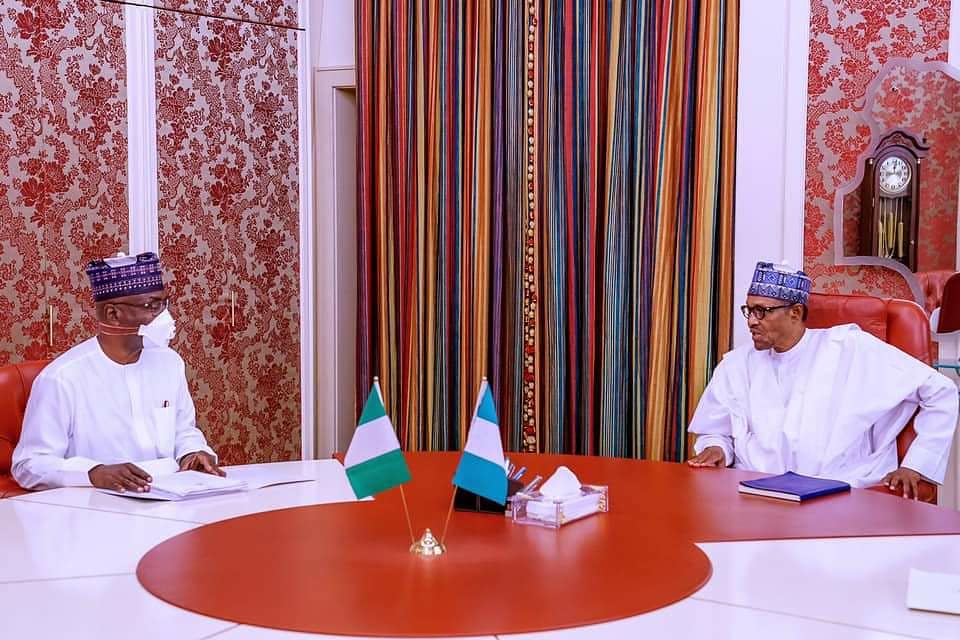 The Governor said “Kwara State is interested in participating in the implementation of the pilot phase of the NLTP. So far, 200,000 hectares of grazing reserves have been allocated to the programme, counterpart funding has been set aside in our 2020 budget, sensitization of communities, farmers and pastoralists has been undertaken and data collection and needs assessment were concluded. We solicit for His Excellency’s intervention for a prompt FEC approval and for the inclusion of Kwara State in the pilot phase” he stressed.
It could be recalled the scheme which is designed with the aim of ending the incessant farmer/herdsmen crisis is a federal government initiative geared towards putting an end to the crises across the country.

According to Executive Secretary of the National Commission for Nomadic Education (NCNE), Bashir Usman, at a training workshop on the remodelling exercise held in Zaria, Kaduna State on December 3, 2019, the exercise is a modified Ruga.

Mr Usman said the government’s efforts to transform and modernise the country’s livestock industry through the NLTP.

Reacting to the development, Kwara State Chairman of Nigerian Union Agriculture and Allied Employees, Dr. David Ehindero, while commending the move demanded for an immediate legal backing that’ll expressly state the rules of engagement before the implementation of the exercise.

Ehindero said “The State government should before implementing and donating land for the exercise which has become a necessity due to the security and economic angle to the farmers/herders crisis enact enabling laws.

“The law should among other things expressly state that the land so donated doesn’t belong to the Fulani’s, rather the ownership still lies solely with the indigenous owners and thus guide against future strife of ownership, which might likely lead to a bigger monster in 50 to 100 years after the commencement.

“In that light, the herders must be made to pay a mutually agreed lease or rent fee to the indigenous owners to confirm and document the ownership for future generation.

“Also, the law should prohibit open grazing from one location to the other, so as to make the settlement initiative successful and sustainable” he added.