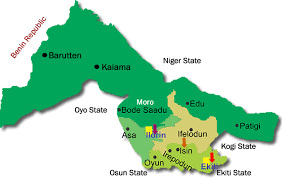 I wish this message didn’t come to the public, but it is important the public also have a superior opinion on issues that concerns all Kwarans. I want to commend Atolagbe Ayansola (An elder statesman and a member of Kwara State consultative forum) for having the time to have put all these thoughts together which entirely speak the mind of those you want to satisfy in a way to create confusion and distrust among the Peoples Democratic Party members (PDP) in Kwara State.

First, Kwara belong to all of us and if you are at advantage does not mean it makes you better than anyone else. There is no ambiguity in your quest to defend a lost thoughts that cannot stand the test of time. I will not speak for our great party as to where or how the zoning system of the Gubernatorial slot should go.

That’s not my job but it is only necessary i respond to some of your imaginary assertions that Kwara is faced with too many problems and that the only man with competency can lead Kwara. I hope you do know that competency has not solved all of the problems you claimed competency can or should have solved since 1967 till date.

Amazingly, you said Kwara Northerners are crying for zoning of governorship and that the problem of Kwara is beyond zooning but where competency is needed.
To drive home your point you advised that each zone do come up with three names you claimed to have the competency that can lead Kwarans.

My Dear learned Lawyer, Since you are a member of PDP and I also belong to the same fold, I will like to engage you intellectually that our demand for power shift across all parties is for one Kwara that is fair to all and not for personal gains. For the benefit of readers of this article, I will like to define what competency means to better understand your secret agenda in making assertions against those who might have engaged you.

Competency: is the ability to do something successfully or efficiently. A competent person is one who takes responsibility, has commercial awareness, able to make prompt decisions, has leadership qualities, trustworthy, and results orientation.

With this definition and characteristics of competent person, if I may ask you some salient questions;

How do you know who has capacity or competency? Does a grammatical expressions translate to development? are good intentions not more and all inclusive for development than deceits of words? How can you qualify me as not having the competency to become a Governor?

Physical interactions and grammatical expressions alone does not amount to competency. You can only know or tell much of a competent person when assumed the positions of Authority.

You can only know who has capacity on the surface based on your interactions with a person to pass a judgement. Whom have you engaged from Kwara North that does not know or aware of the problems in Kwara?

What level of intelligence do you display to qualify a Kwara Northerner as lacking the capacity to lead Kwara? Lets not showcase what is not in the market for all, hence you cannot fall short of who will buy them.

When I hear people talking about Competency I always smiled. I heard people saying If Kwara North has the competent person we would support them, it is a political fraud or mockery of such statement. It is a Political betrayer of people or a zone.

Those who succeed and make a state a place to live interms of development, creating business environment that drives all inclusive economy, and understanding the workings of govt are never short of in any of the 3 Senatorial District. Where were you with this thoughts in the last general elections as a PDP member?

Were you politically asleep not to have offered this advice? I will only say that statements like this should be well thought of where conscience speaks. Oral interactions is not a test for development of a State. There are many people whom we may have judged to be competent, had positions and failed.

Kwara North is a home for all and the good people of Kwara North are never selfish and will never fail the expectations of all Kwarans. Lets not mistake grammatical expression or paper words for development.

Of course, It is good you are able to come to the public that indeed Kwara Northerners have been surcharged, cheated, and disadvantaged, and it is only fair where true love exist, they deserve a chance come 2023 and should be supported by all Kwarans. What is more shocking is how you have scolded us as people who lack capacity or competency to govern.

Your expressions only suggested three things about Kwara Northerners:

1. That you have been misinformed to talk about Kwara Northerners you rarely know.

2. That Kwara Northerners are not hypocrites and always firm on which way to go, and

3. lastly, Kwara Northerners are not the letting go type of people they are known for because of their harmless intentions.

I will like to pause here and for others who may be thinking or have taken our long silence as cowardice to review their positions about Kwara Northerners . 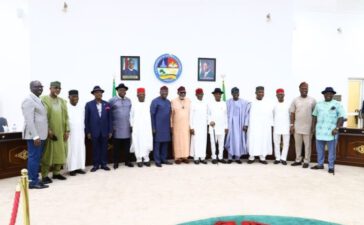 COVID 19: The World’s Hypocrisy Against Africa