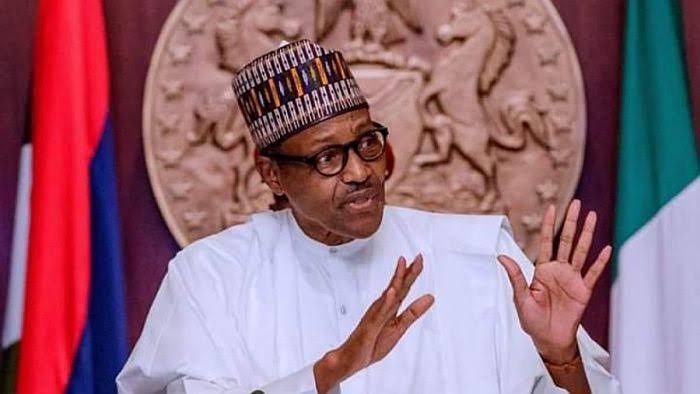 Confucius, a Chinese philosopher said; if he was made the ruler of the entire world, his first task would be to fix the meanings of words.

Restructuring is a term in the Nigerian political lexicon that has, as many definitions, as there are, discussants at any forum.

It therefore needs the intervention of a Confucius at the juncture of our national existence in Nigeria to clearly set the restructuring agenda afoot.

Let us go historical, the vision of the originators of the idea, who happen to belong to the progressive fold, majority of whom are in the South have a very clear vision of what they term “Restructuring”,relative to the kind of “Federalism” being practised in Nigeria; which ideal is a system of government with a constitutional arrangement that shares power among the federating units, into Exclusive, Concurrent and Residual lists.

To the contrary, the power arrangement in the Nigerian context is skewed heavily, in favour of the government at the centre, to the detriment of the State and Local Governments, which therefore necessitates the call by the progressives, for power to be devolved, so that, governance can be brought closer home to rural dwellers, for efficient delivery of public service.

It would be recalled that, these progressive elements made up, majorly, the ACN that merged the ANPP and Buhari-led CPC, to form the All Progressives Congress, APC.
Majority of the apostles of restructuring, during the struggle for the enthronement of democracy, incidentally are also part of the political alliance that metamorphosed into what is today known as the APC – the ruling party at the federal level.

It is the belief of these folks that, the variant of federalism being practised in Nigeria is the one that could be described as “a Unitary Federalism”.

Unfortunately, those who are beneficiaries of the struggle for the enthronement of democracy in Nigeria, either do not believe in the course, or deliberately choose to misunderstand, the term.

Today’s “poster boys” of the group that deliberately chose to be ignorant of the meaning and intent of the term, as propounded by the originators of the agitation, are found in the corridor of power today, echoing their oppositions, to displease the anti-disestablishmentarians.

The progressives, especially those in the South and other parts of the country, are of the belief that, for the country to fully realise its potentials, in terms of socio-economic development, the centre must not be overloaded with too much power and responsibility, at the expense of the federating units (States and Local governments), so as to reduce tension and workload at the centre, for effective delivery of governance.

The Crux of the campaign for restructuring is the need for economic federalism, rooted in Resource Control and devolution of power.

At the moment, there is in place, 15% derivation in the revenue allocation formula; that is, 15% of whatever is generated whether through the extraction of mineral resources or VAT, the State where it was generated takes 15% of that.

Some people, however, believe, it should be much more than that, especially where the activities through which the revenue is generated occasions some negative environmental impacts on the means of livelihood of the host communities.

The communities in the oil-producing areas, for instance, where their environment has been polluted, with water rendered undrinkable and inhabitable for aquatic lives; and farmland inarable.

As a response and final answer to this (agitation for Restructuring), some schools of thoughts argue that, Nigeria should adopt the model of federalism in countries like India, Switzerland, USA, Canada etc., where the regional government extract mineral resources within their domains, and later pay royalty to the central government; while the federal government is expected to cede some of its responsibilities in areas like education, agriculture, health etc., to the regional or State government and focus on areas like external affairs and international diplomacy, Customs, external defence among others.

This of course, does not go down well with those who are obviously benefiting from the existing arrangement, and therefore, often deploy the argument of the need to maintain national unity on the basis of the existing order, to suppress the call for the restructuring.

They always ring the alarm bell of balkanisation to whip up sentiment against the pro-restructuring.

Nothing echoes this position of the anti-restructuring group in recent times, like the response of the the Special Adviser to President Muhammadu Buhari, Garba Shehu’s response to the call by the General-Overseer of the Redeemed Christian Church of God, RCCG, Pastor Enoch Adeboye, that the need need for the country to be restructured has become more exigent than ever.

Pastor Adeboye, who spoke at a symposium alongside the Ooni of Ife, Oba Adeyeye Ogunwusi; former Governor of Cross River State, Donald Duke; and a former Minister of Education, Dr. Oby Ezekwesili, warned that it is either the country restructured as soon as possible or it breakes up,saying that one does not have to be a prophet to know that one.

Then the the Presidency, in its reaction, through Shehu described the calls as “recurring threats to the corporate existence of the country” and an “unpatriotic outbursts”.

If one juxtaposes the two positions with the reality in the country now; agitation for secession, resource control; clamour for State police, and the gross security challenges in parts of the country that requires local and swifter intervention than the one coming from Abuja, one would conclude that, there is the need for there to be a clear definition of the term “Restructuring”, and then a national consensus on it, for the nation to move forward.

The term has become so nebulous that, some people like this writer, prefers to use the word, “Devolution of Power”, as an escape route from the definitional challenge in using the term restructuring.