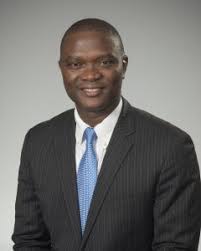 Freshinsight, 2 years ago 0 1 min read 324
By Muhammed Salman
The Special Adviser on Health matters to the Kwara State Government, Prof. Wale Suleiman has resigned his appointment.
Suleiman according to a release signed by the Governor’s media aide, resigned his appointment to “pursue his long-time passion of maximising his contacts in the global health and non-health sectors to deepen interaction with the Nigerian diaspora and attract investments.
In his stead, the Director, University of Ilorin stem cell research centre Prof. Adekunle David Dunmade, a professor of otolaryngology has been announced as his replacement.
The Governor however wished Prof. Suleiman well in his future endeavors, while assuring him of the government’s continued open doors to like minds in policy direction, he specially appreciated him for his services and contributions in handling the covid 19 pandemic in the State.
Meanwhile, Brigadier-General Saliu Tunde Bello, a former MILAD of Kebbi State have been appointed as the new Special Adviser, on security matters to the Governor, while Mr. Aliyu Muyideen, an intelligence and counterterrorism expert, also bags appointment as Senior Special Assistant on Security.
Interview, News, Politics

Sex for Grade: KWASU lecturer arraigned for allegedly luring student to write exam in his bedroom