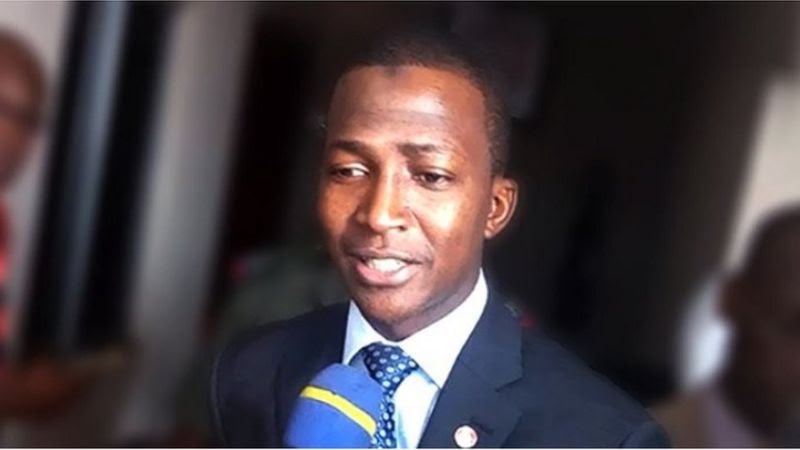 …Magu Lawyer not sacked yet – Lawyer
By Ibrahim Sheriff (Gold)
President Muhammadu Buhari has named Abdulrasheed Bawa as the new Chairman of the Economic and Financial Crimes Commission.and therefore requested the Senate to confirm Bawa’s nomination.
This was disclosed in a statement by Special Adviser to the President on Media and Publicity, Femi Adesina, titled “President Buhari requests Senate to confirm Abdulrasheed Bawa as EFCC boss.” In a letter to President of the Senate, Ahmad Ibrahim Lawan, the President said he was acting in accordance with Paragraph 2(3) of Part 1, CAP E1 of EFCC Act 2004.
Bawa, who is 40 years old, is a trained EFCC investigator with vast experience in the investigation and prosecution of Advance Fee Fraud cases, official corruption, bank fraud, money laundering, and other economic crimes.
Reacting to Bawa’s appointment however, Lawyer to erstwhile Chairman of the Economic and Financial Crimes Commission, Ibrahim Magu, Tosin Ojaomo, says his client has not yet been sacked by President Muhammadu Buhari.
Ojaomo during an interview with Newsmen said Magu had only been suspended by the President, adding that to date, he had neither received a letter of termination nor further instruction.
He said Magu has not yet been sacked by the President but was put on suspension pending the outcome of the probe by the panel. “He has not yet been sacked”.