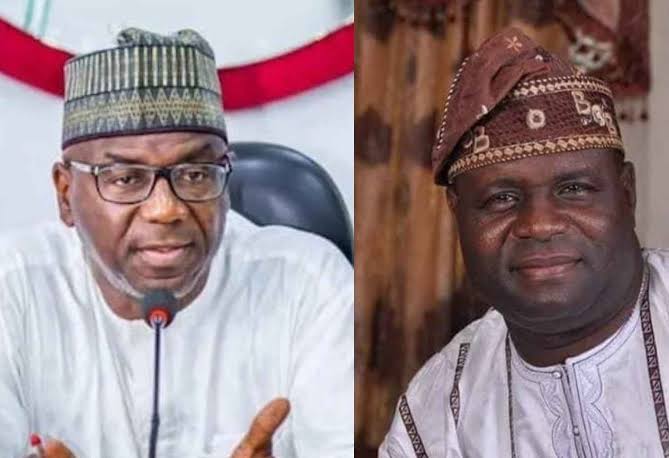 By Imama Moromoke
An Ilorin based Islamic cleric, Sheikh Sohib Bayan has charged Gov. Abdulrahman Abdulrazaq and the Chairman of APC in the State Hon. Bashir Bolarinwa to bury the hatchet and ensure the party crisis threatening the party is amicably resolved.
The cleric made this admonition at the Ramadan lecture hosted by Bolarinwa in his GRA residence yesterday, stressing that While he’s not a card carrying member of any party, he as an Islamic cleric contributed immensely to the actualisation of the otoge struggle, he however bemoan why the peace and unity exhibited during the days in the trenches have been allowed to take flight.
Bayan said “I got to know BOB and his good works from Alfa Taiye and Kehinde Agbaji, they often speak glowingly of him and how he’s been of immense assistance to their mosque, amidst other contributions.
“Immediately after the inauguration of the government and I noticed all was not well, I made arrangements to see him and I was able to dissect the government and the crisis with him for almost 3 hours, it was there I concluded that he’s a man of integrity, a selfless politician and one that places interest of the masses above personal.
“I enjoin us all to give peace a chance, if we all refused to allow peace return to the otoge fold, then we might leave to regret it here and hereafter” he stressed.
Meanwhile, a group under the aegis of concerned All Progressives Congress in Kwara State has raised alarm over the rumoured planned suspension of Hon Saheed Popoola, from the State House of Assembly and physical attack by suspected and overzealous loyalists of Gov Abdulrazaq AbdulRahman.
The group made this disclosure via a release signed by its spokesman Abdulwahab Jimoh, while cautioning “those behind the alleged plot to desist so as not to plunge the state into a needless crisis.
“when does it becomes an aberration for a party members wanting the progress of the party to disagree on party related issues and those handling the affairs of the party?
“The people planing this suspension and attack on the person of Hon Popoola are the greatest enemy of the party, who will never call a spade a spade because of what they are benefiting until the party becomes evidently fragmented and defeated in the next election,” he said.
“Popoola is not new to correcting anomalies in the party, he did it under Sen. Bukola Saraki, he became a lone voice and was hated for that purpose until Saraki lost out in the election forvfsilure to listen to criticism.
“Whatever Popoola is saying now is borne out of his love and desire for the party, the election is two years away and there is need to reorganise the party,” he said.