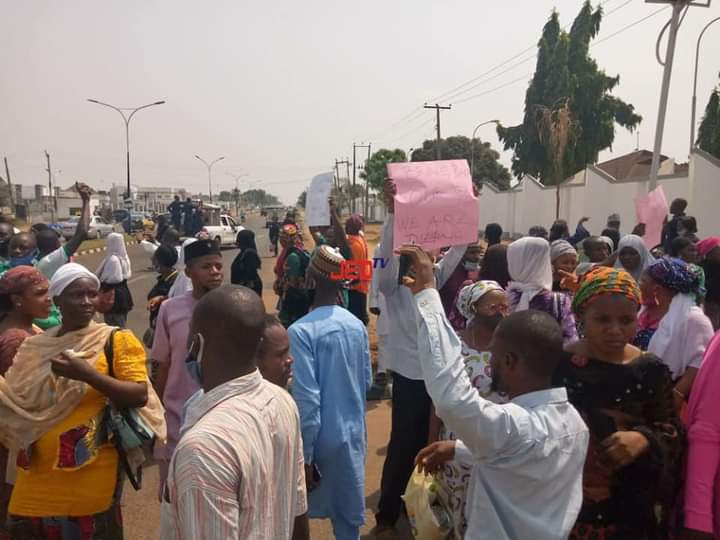 By Imam Moromoke
The Kwara State police command has confirmed the arrest of protesting sunset workers, as earlier exclusively reported by Fresh Insight.
This much was contained in the press release signed by the Police Public Relations Officer, SP Ajayi Okasanmi stressing that the protesting teachers contravened Covid 19 protocols.
He said the protesters were arrested “for violating the Covid 19 protocols as directed by the Federal and the State Government respectfully.
This offence was committed in the process of an alleged protest by a group called the ‘Sunset’ teachers in ilorin metropolis.
” Not only did they run foul of the Covid 19 guidelines, they also in their multitude blocked the popular Ahmadu Bello way Ilorin, thereby preventing lawful users of the road of their rights of passage by disturbing the public peace  which is in contravention of Section 113 of the penal code.
“The good people of Kwara may recall that the purported protest has been ongoing for almost a week without any interference from security agencies.
The command wishes to state unequivocally that, it is the right of every citizen to protest peacefully, but it should be noted that where ones right ends another one starts, therefore,the command will not folds her arms while some people in the guise of exercising their supposed rights compromise the peace in the State” he stressed.
He gave the names of the arrested protesting teachers as follows “Aransiola Olubukun ‘f’, Salaudeen Abubakar ‘m’, Mohammed Soliu ‘m’, Ibahim Alabi ‘m’, Isiaka Toyin ‘m’ and Adewale Abdulazeez ‘m’.