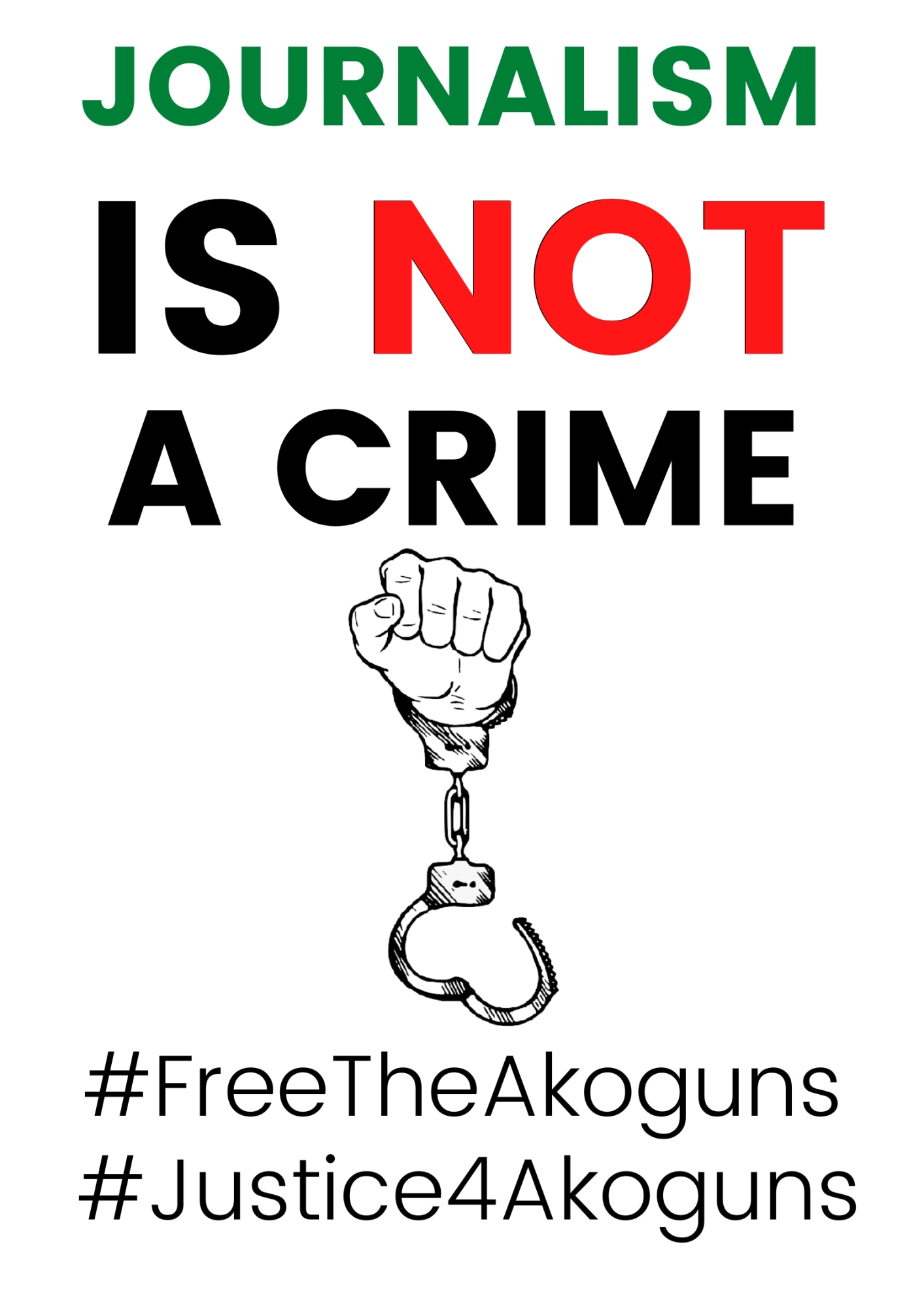 Organizers of #FreeTheAkoguns protest to demand release of two Journalists arrested by the Nigeria Police on the instruction of Chief Press Secretary (CPS) to Kwara state Governor AbdulRahman AbdulRazaq, Rafiu Ajakaiye has been suspended.

The protest scheduled to hold by 1:00pm in Ilorin tomorrow (Monday) was called off by its organizers, following intels about frantic efforts of the Kwara state government to disrupt the proposed peaceful solidarity and awareness walk.

According to a statement issued by the organizers, “Our intel from the government intimated us of plans to infiltrate our peaceful selves with hoodlums, with an order to harass people and destroy properties, with the ultimate aim of blaming it on the planners of the solidarity rally.

“This was further confirmed by us, as the Office of the Kwara state Commissioner of Police have been sending different persons to plead with us to call off the solidarity walk, including putting fear into the distressed parents of the victims – Akogun brothers.

“The same Office of the Kwara state Commissioner of Police, also put a call to our lawyer, Lanre Abdul Esq., urging him to talk to us, so that we can put off the protest, a request which majority is against, but for the passionate plea of the parents of the Akogun brothers.

“To this point end, we are putting on hold the solidarity walk for tomorrow (Monday), pending the show of good faith on the part of the state government and the police, but we should continue with our mobilisation for Wednesday.”

The organizers added that “The resolve to make sure that justice is served remains unwavered, our believe that an injury to one is an injury to all remains sacrosanct, and we use this medium to warn all state actors to avoid using naked state powers against its citizens, as it will be resisted by all and sundry!”