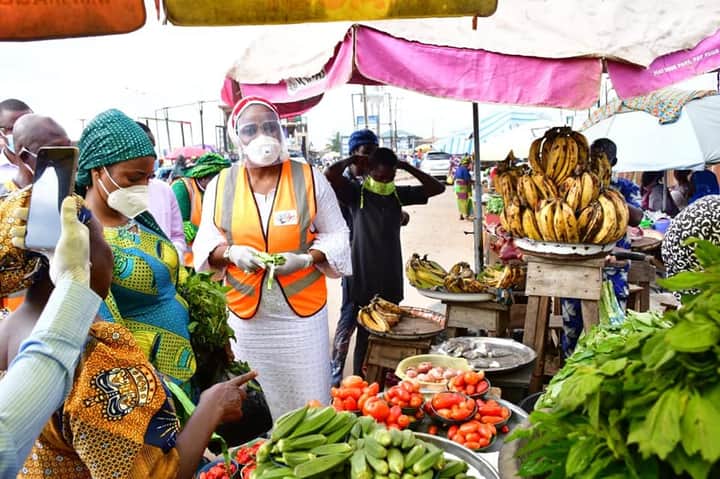 Kwara State Commissioner for Communications, Mrs Adenike Harriet Afolabi-Oshatimehin has said that the state government would not relent on its efforts at enlightening the citizenry on the dangers of corona virus.
Mrs Afolabi-Oshatimehin gave this indication while leading the Public Orientation team of the Ministry on an enlightenment campaign on the dangers and potency of corona virus to beggars and traders at Tipper Garage-Pipe line Road, Tanke In Ilorin. 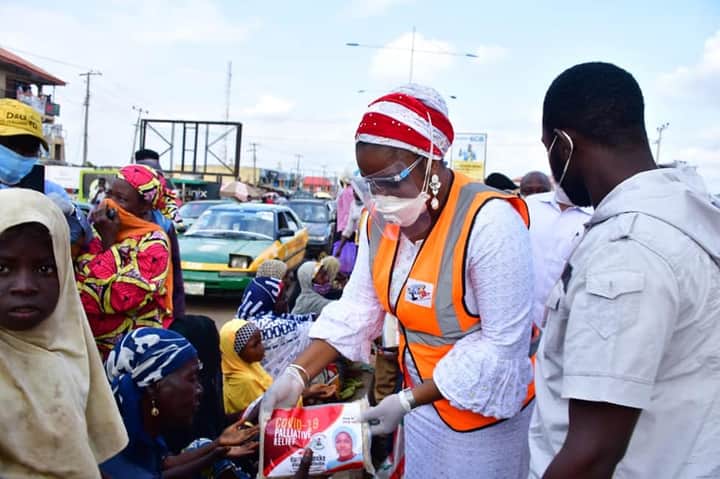 She said as part of the commitment of Governor  AbddulRahman AbdulRazaq’s administration to the campaign, there were provision of nose masks, gloves and hand sanitizers distributed during the enlightenment campaign.
Oshatimehin noted that
the public orientation campaign was carried out to ensure people take precautions against the spread of the virus. 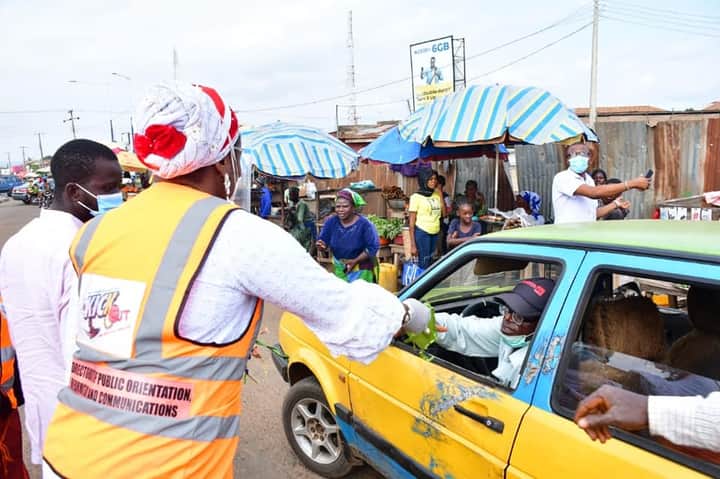 “We have to enlighten people on how they are supposed to use the nose mask not just to cover their mouths but as well as  their noses. I led the team today because we just have to lead by example. Our people tend to believe in public office holders, their  Pastors, their Imams”, she said.
She said with the enlightenment, the state was gradually getting there, believing that continuation of the orientation, aside the broadcast on Radio, Television and Newspapers, would further escalate the message to the people.
The commissioner, who was excited meeting the beggers, market women and tricycle riders who were all receptive, expressed satisfaction about the turn out, which, she said, implied that they are governable, peaceful and ready to listen.
The Director of Public Orientation, Alhaji AbduFatai Dankazeem, in his remarks, said the outing was quite impressive, adding that the commissioner indeed demonstrated leadership by example during the public enlightenment.