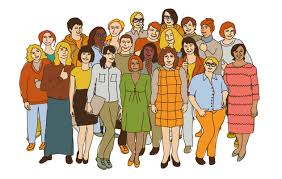 The Yoruba tribe has a popular adage that says “women are the salt of life”, which can otherwise mean that life would be boring, meaningless and less appealing without the presence of women in it. Moreover, most religious doctrine often lay emphasis on the importance of the presence of women in the world, the Biblical and Quranic accounts of the creation of the world also expressly described how the first woman was created as a companion to man, to ease his loneliness and hardship as the only creature of his type.

However, as much as society pays lip service to the importance of women, it is apt to say that the world has continually failed to protect the so-called gender that has been bringing happiness to its existence.

There have always been different points in the history of the human race where oppression of women in different forms have been reported, historians have uncovered different laws, practices, rules and laws that dehumanize, oppress and limit women deliberately to prevent them from competing with their men folk.

There has also been a lot of written literature of the ancient and medieval world, that provide evidence of women’s oppression by men in European, Middle Eastern, and African cultures. In most of the culture’s women did not have the same legal and political rights as men and were under control of fathers and husbands in almost all societies.

In some societies in which women had few options for supporting their life if not supported by a husband, there was even a practice of ritual widow suicide or murder. Asia for example still continued this practice into the 20th century with some cases occurring in the present as well.

In Greece, often held up as a model of democracy, women did not have basic rights, and could own no property nor could they participate directly in the political system. In both Rome and Greece, women’s every movement in public was limited. There are even cultures today where women rarely leave their own homes.

Historians have also uncovered different forms of brutalization that have been met by women in different culture and race over time, take for instance the Quranic accounts of burying female children by Arabs during Jahiliya period of ignorance before the arrival of the holy prophet Muhammad who brought Islam and elevated the status of women in the society.

Many cultures and religions justify the oppression of women by attributing sexual power to them, that men must then rigidly control to maintain their own purity and power which somehow led to some barbaric practices and laws regarding rape in some cultures where for example, the punishment for rape in some cultures is that the rapist’s wife is given over to the rape victim’s husband or father to rape as he wishes, as revenge.

Women who are involved in adultery or other sex acts outside a monogamous marriage is punished more than the man involved, and a woman’s word about rape is not taken as seriously as a man’s word about being robbed would be. Women’s status as somehow lesser than men is used to justify men’s power over women.

Furthermore some 20th century legal scholars, for example, makers of policy and writers, have made the claim that, “most women at some point entertain fleeting fantasies of rape.” Other legal commentators during the 1950’s and 60’s assumed, even in cases of rape, that it was accepted practice for a woman to deny that she wanted intercourse, when she really wanted it, and further, these same legal scholars maintained that “since it was ‘always difficult in rape cases to determine whether the female really meant ‘no’, a woman should be required, to convey her resistance by more than with a ‘mere’ verbal protest, or such infantile behavior as crying.” In the following decades, other examples demonstrate similar assumptions about female sexual insatiability.

Surveys on rape taken in the 1970’s and 1980’s, for example, reported that two-thirds of those responding believed that women encouraged the rapist by their appearance, and those who were victims either were promiscuous or had “bad” reputation.

However apart from sexual violence that women have been facing over time, some other cultural practices like the cruxification of widows, subjection of women to barbaric ritualism has been prominent in history especially in the western part of Africa.

According to Yvonne and Browning (2002), Nwosu (2007) there is growing evidence in many parts of sub-saharan Africa (including Nigeria), that most widows whose husbands die live in abject penury, because their in-laws who are supposed to cushion the effect of the loss, often deprive them of their husband’s properties and subject them to a lot of dehumanizing treatments.

Nwanegbo (1996) also disclosed that, in some parts of Igbo land, when a man dies the wife will tie a wrapper over her chest without a blouse. She must not talk to anybody and will not have her bath until her husband is buried. After the burial, the ‘Umuada’ (daughters of the man’s ancestors) will come to shave her hair, bathe her in an open compound, only having the privacy of being surrounded by the ‘Umuada’. Apparently oblivious of the tragic loss which every widow suffers on the death of their husbands, callous in-laws conspire to apply vicious burial rites to dehumanize the embattled widow.

Nevertheless, as humans are evolving events in history have shown women’s struggles to gain freedom from the bias of the society by proving time and again the phenomenal roles they play in their society.

It would therefore be unfair to ignore efforts of the civilized world in complimenting the struggles of women to break the bias and with the growing globalization of civilization, women’s right are been prominently enforced to give the protection and recognition they need throughout their lives, furthermore different international organizations have been formed solely for the sake of women empowerment. Prominent among them are UNWOMEN, WOMENFOERWOMEN, UNIFEM, AWID who have been the voice of oppressed women throughout the world.

Furthermore, with the help of these international organizations and international societies like the United Nations, ECOWAS, African Union among others, some days have been earmarked to celebrate women and create awareness about their rights, achievements and goals in the society. Days like the International Women’s Day, Mother’s Day, International Day of the girl child are prominent days celebrated by many countries across the world.

However, despite all these developments there is still a huge gap to breach in ensuring the world becomes a safer place for women to live in most especially African society where crimes like women trafficking, human ritualism and organ harvesting are still being recorded. Sadly, women are usually the targeted victims of most of these crimes.

Few months ago, Nigerians received a shocking story of Bamishe, a young lady that was kidnapped in Lagos by some men in the BRT bus who allegedly harvested her organs and dumped her by the roadside to die. The story garnered a lot of outcries and calls for justice from the public, however that hasn’t stopped such crimes against women from being committed afterwards.

It is my submission therefore to call on the society, government and every individual, women, girl child or any female relatives to rise up and take a stance to protect the gender that brings joy, stability and spice to their lives.

Maryam Afolabi is a broadcaster, she writes from Ilorin.