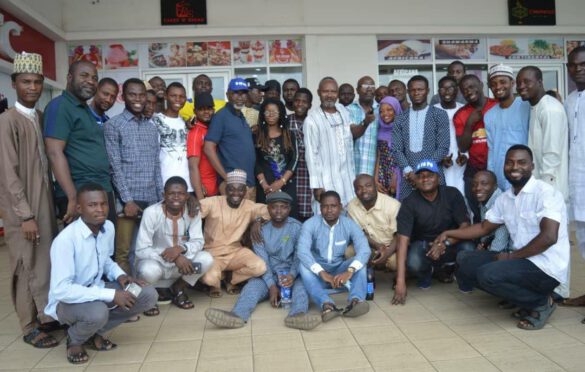 Facebook memory showed me this otoge picture and I bursted into laughter. The sort of laughter that denotes that life is very transcient. Even today may be too early to conclude that posterity will judge every single one of us here. Indeed the internet never forgets.
Eku #otoge revolution o

On this day, youths who worked vigorously to dispose the powerful Saraki converged to analyze the journey so far. I remember I was to return to Lagos after that satisfactory and revolutionary election in Kwara but I had to postpone to merry with my brothers in struggle.

We thought that the unity we employed in chasing the strongmen away would be applied to usher in fresh brains and capable people. We thought that our assembly would no longer be robbed of their power to be the viable check on the executive.

We thought that we will be able to visit our villages without death traps. We thought that 2019 brought Kwara to the destination!
Here I am on my gym threadmill, laughing at our high expectations.

Will 2023 usher Kwarans to a real change or another Joke? Who decides that? YOU AND I!
How do we make that happen?
Let’s get serious with politics with value. Let’s shame the oppressors and the hypocrites. Let’s work across party lines to support and vote for the best heads.

Some of us have embarrassed our struggle and followed the fattest pocket but some of us are still sane. Get your PVC! Support the best brain! Align with the genuine forces and pray for a better Kwara!