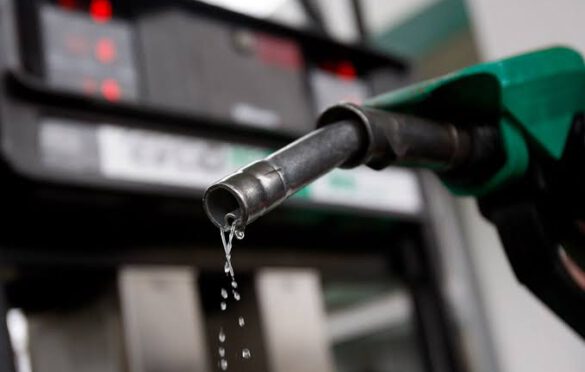 The economic reality in the Nigerian oil sector is one of the most interesting ironies that characterise the relationships between countries at the “Core”, and those at the periphery, in the “Dependency Theory”, as first proposed in the late 1950s by the Argentine economist Raul Prebisch, explains the way and manner, countries, especially the third world group, are integrated into the “World (economic) System”. This was espoused in detail by Immanuel Wallerstein. Resources, in form of raw materials are extracted from the developing or underdeveloped world, by the “developed countries”, for consumption, or for further production, which end products are brought back for sales, to the original owners of the resources, at a price determined by the exploiters.

History of Nigeria’s Political Economy, is replete with instances like the one described above. Take for instance, agricultural produce like cocoa is produced in abundance in the country, for export to the occidental world, at a price the buyers determine; only to be brought back for sale to the very people who produced cocoa, as chocolate, tea etc., at a price, determined again, by the buyer-turned-seller. This dates back to the Colonial era when “economic imperialism” was the major policy thrust of Colonial masters. Ordinarily, one would, as a matter of logic, expect things to change, once power changes hand – talking about post-colonial era, when independence has purportedly been attained. But that is not to be, as the lopsided, exploitative relationship between the Colonial masters and their former colonies took a different dimension and manifested in an arrangement referred to, by scholars and students of international economic relations, as neo-colonialism. In this case, economic exploitation is no longer done directly by these foreign socioeconomic vampires, but through cronies.

This has crept into the oil sector of the Nigerian economy. It is imperative at this juncture to make it clear that, oil was not one of the economic mainstays during the Colonial era, as oil was discovered in commercial quantity, only in 1957 at Oloibiri in the present day Balyelsa State – that was on the eve of the colonial master’s symbolic departure. But in about a decade after that, oil became a very precious commodity sought as a source of energy to power industries, automobiles and homes across the globe. Trust the economic vampires; they had to device a means of being in an end-to-end control of the value-chain of this precious commodity. This plot is also reinforced by the fraudulent inclination of the people the continent has the misfortunes of having as leaders, post-independence. These include the Sandhurst, Cambridge Oxford, Yale and Harvard-trained rent-seeking military boys and political jobbers loitering around the corridor of power. Most of them masquerade as contractors with neither corporate identities, nor corporate location, beyond the phone numbers on their letter head papers and business cards. Some who manage to have corporate identities have no traceable physical addresses, yet they take contracts that run into hundreds of billion, both in local and foreign currencies, from government, without paying tax. Those are the pests that have invaded our economy, especially, the “Mid and Downstream” sector of the Petroleum industry.

When, in the mid nineties, during Abacha regime, the idea of fuel Importation was first mooted, it was meant to be a stop-gap policy to allow for what they described as “Turn Around Maintenance”, TAM, during which the four local refineries’. During this period, the capacities of the refineries were expected to drastically reduce. So Importation was brought to the table to bridge the gap. But having tasted the forbidden fruit from the tree of “economic sabotage” that the politico-economic fraud that Fuel Importation” by an oil-bearing, oil-producing country represents, they are no longer ready to let go. The scam became more entrenched, with people in high places getting more and more involved, thus making it difficult to burst the the ring. To this end, the forces of darkness operating within the Petroleum Ministry, ensure that, none of the country’s four local refineries works. Fuel importers were getting paid heavily for fuel they never imported, or import that never existed. Whenever they import, they present invoices that reads dates the Naira depreciated against the Dollars. Otherwise, how does one explain the fact that, there are thousands of engineers in the Ministry of Petroleum Resources, yet they do not see the non-functioning of the refineries as an assault on their own professional integrity. They take hundreds of millions in salary and allowances, monthly, when nothing works under their watch. To rub salt to injury, the Nigerian National Petroleum Company, NNPC, Limited, came out to announce early this years that, the corporation spent a whooping sum of ₦100, 000000000 (one hundred billion Naira), to maintain refineries that have not managed to refine one mililiter of oil, in the outgone financial year.

This Political-Economic fraud called fuel Importation brings with it the fraudulent concept of subsidy, because Nigerians now have to pay the rate determined be the international market forces of demand and supply, which means local consumers have to pay more. But, cognisant of the fact that, any administration that sanctions such a move would pay with its mandate at the poll, politicians have now weaponize it to whip voters into line, while at the same time, smiling to the bank through proceeds accumulated through their fronts.

It is disheartening to note that, the current administration, during electioneering in 2015, campaigned based on four cardinal issues of security, economy, infrastructural development, and anti-corruption. Candidate-Muhammadu Buhari  as he were then, of the All Progressives Congress, APC, made the audacious claim that, “there was nothing like subsidy in the downstream sector of the Petroleum industry”. He rhetorically asked; “who is subsidising who”? But today, can he still face Nigerians and tell them that there is nothing like subsidy? I doubt it. This is because, as the substantive Minister for Petroleum Resources, he did not only continue the “business” (of subsidy), he also grew it, from about ₦1.7 trillion when he took over in 2015, to about ₦3 trillion in 2022. That has made the subsidy scheme the largest scam, with consortium of socioeconomic vampires circling around the country’s Commonwealth, with a view to eventually devouring it.

In addition to fleecing African of their God-given natural resources, they still manage to inflict serious environmental, health and economic injuries on the citizenry, through acts that are no less than socioeconomic sabotage. There was a time in Nigeria that, a Petroleum product with a stinking odour was imported. At the time, wherever fuel was being discharged or dispensed, the foul odour pervaded the environment. I am not going to talk about adulterated kerosene that set many a households ablaze and sent many to their early graves. Just over a week ago, the motoring public across Nigeria was thrown into a flurry of panic, as vehicles were getting damaged, after filling their tanks with fuel that are off-spec. The imported premium motor spirit, PMS, about 100 million liters of it, was said to contain a substance – methanol, far above the specified percentage, meant for Nigeria. After series of denial by those who were involved in the business of fuel Importation, the NNPC which outsourced the responsibility to some upstream and mid-stream companies came to admit that, there was indeed, a certain consignment of petrol that was reportedly said to contain methanol, far above the required level of methanol, which was not detected, because at the points of loading and discharging, it was not tested for. What that simply means is that, the “Quality Assurance” process in the fuel Importation business is so flawed that, it only tests for what should be contained, but not what should not be. The reason is not far-fetched because, we live in a country where mediocrity is celebrated on the altar performance, rooted in merit. That is assuming without conceding that, it was a mistake. Greediness and lack of patriotism are also factors that are responsible for those kinds of acts. But there are strong reasons for people to want to believe that, it was a deliberate act of trying to cut corners, going for a cheaper spec, in order to make more money at the detriment of public safety. This is so because, we live in a country where actions rarely attract consequences depending on how connected the perpetrator is. That is how we roll in Nigeria.

Meanwhile, if this act of greediness that inflicted pains and losses on Nigerians is left to slide, it will serve as an incentive for other rogues in the business of fuel Importation to sooner, rather than later, import water and discharge same into people’s vehicles’ tank as fuel.

It is very ironic to note that, under a government that mouths “fight against corruption”, during electioneering period, we have witnessed the prevalence of organised corruption in the form of fuel subsidy, that serves as an attraction for briefcase-bearing rent-seekers to want to join the political fraud that president Buhari had earlier condemned and denied its existence, but now perpetuates and promotes.

As of today, the oil sector, especially the NNPC is where you have the highest volume of financial heist, against the people of Nigeria, taking place. Or, do you think it is a coincidence that, a son of nobody, no matter how brilliant, no matter the grades with which he graduated from the University, stands no chance of getting job placement in NNPC? The corporation is one of the juicy agencies, the privilegentia have exclusively reserve for their children. They work to collectively protect it, irrespective of their political differences. Whenever there is an advertisement of job vacancies in the corporation, now company, do not be surprised, if those positions have already been filled, months before the job advert is placed. After all, they, just, must fulfil all righteousness so as to be seen to have followed the “Due Process.

Even though, the substantive “Minister for Petroleum Resources”, President Muhammadu Buhari has ordered a probe of the Chief Executive Officer of the, Nigerian Midstream and Downstream Petroleum Regulatory Authority (NMDPRA), Farouk Ahmed, because the agency is meant to be the gatekeeper as far as the Importation of fuel, and distribution of same is concerned, with the benefit of hindsight, not many Nigerians expect any serious sanction against the prospective culprit. It would be business as usual.

Abubakar writes from Ilorin. He can be reached via 08051388285 or marxbayour@gmail.com