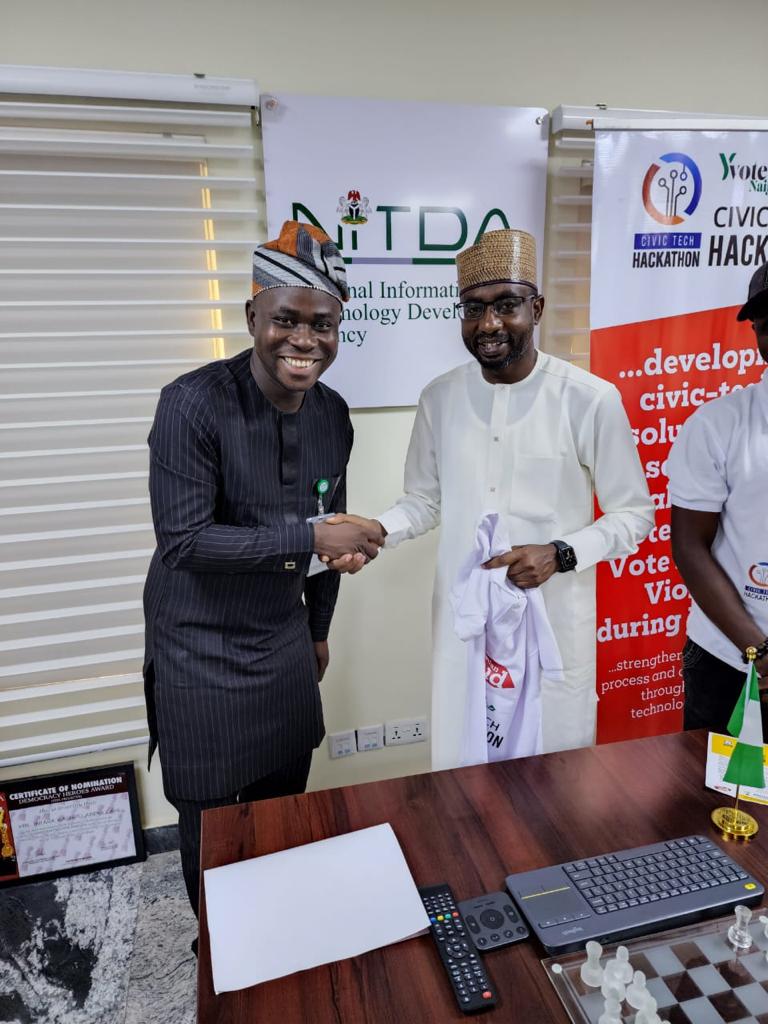 One of the things that stylize a highly corrupt and badly run country like Nigeria is dysfunctional agencies that merely serve as yet another channel to siphon public funds and keep government cronies in employment. Hence, public agencies established with specific mandates failing at delivering same, has become a regular phenomenon in the country.

Like many government agencies of its kind, the National Information Technology Development Agency (NITDA) was established in 2001 with a mandate to create a framework for the planning, research, development, standardization, application, coordination, monitoring, evaluation and regulation of Information Technology practices in Nigeria. However, in the first decade and half of the existence of the agency, it seemed that the agency was performing woefully and failing to fulfill its mandate. The situation was so dire that it was touted in some quarters, most notably in the Oransaye Committee report, that the agency be downsized and restructured into a single unit or department.

One cannot point accusing fingers at those who championed this with the way the information technology sector was barely contributing to the nation’s economy and digital literacy remained low. According to the World Bank, about 50% of Nigerians lack basic digital skills and the situation did not look like it was going to Improve anytime soon. Yet, the World Economic Forum predicts that at least 60% of the global GDP by 2022 will be digitized. It was clear that urgent attention needed to be paid to this sector of the economy or Nigeria would be left behind by the train of the 4th industrial revolution.

Within this context of gross underperformance in the information technology sector, the federal government of Nigeria launched the National Digital Economy Policy and Strategy in 2019 with eight core objectives to radically improve the country’s digital economy. At the time, this seemed like yet another policy attempt to divert attention from the fledgling information technology sector with no solid plans for implementation. But it seems like the agency charged with the mandate of transforming the digital economy was ready this time.

Kashifu Abdullahi Inuwa was appointed Director General of the National Information Technology Development Agency in August 2019. Inuwa immediately swung into action, first developing a framework for the implementation of the eight pillars of the NDEPS —-developmental regulation; digital literacy and skills;solid infrastructure; service infrastructure; digital services development and promotion; soft infrastructure; digital society and emerging tech; indigenous content development and adoption. The agency launched the Strategic Roadmap and Action Plan for 2021 – 2024, which has informed a lot of its initiatives.

However, before diving headfirst into the enormous task of implementation, Inuwa made sure that his officials from top to bottom were ready for the task at hand. The agency adopted a new work culture of performance targets and periodic scorecards and evaluations that is now being adopted by many other government parastatals and agencies

After putting its house in order, the agency embarked on a spree of laudable initiatives over the next three years touching on virtually every pillar of the NDEPS. From providing digital tools to the most digitally underserved demographic groups to championing digital inclusion for women and people living with disabilities, the agency never ran out of steam. Within one year of his appointment, the agency under Inuwa trained over one thousand artisans across four geo-political zones in the country. In a similar fashion, stakeholders of virtual library in tertiary institutions which included students, lecturers, and librarians were trained. Scholarships were awarded for advanced studies in different courses in the information technology field. 145 farmers were trained in smart agriculture practices through National Adopted Village for Smart Agriculture even before the deployment of the platform as a mobile app. Capacity building from top to bottom across different socio-economic and educational backgrounds was the goal.

Still on the quest to developing human capital for the sector, NITDA launched the NITDA Academy for Research and Training(NART) enrolling about 26,000 students. Recognizing that it is not just enough to equip people with skills without any feasible means of exploring those skills, the agency sometimes acting on its own and sometimes in collaboration with other agencies and CSOs took on projects to identify, mentor and train young Nigerians in emerging tech skills for free. Programmes such as the APP-LAB fellowship programme done in collaboration with Young Innovators of Nigeria, the StartUp Voucher Programme and the iHatch programme exemplify the agency’s passion in making techpreneurs out of Nigeria’s youths.

Not only is NITDA preparing the human capital that will drive digital transformation in Nigeria, it is also creating measurable economic impacts within the sector. According to the National Bureau of Statistics, the ICT sector contributed 15% to the country’s GDP in the last quarter of 2021. Similarly, the regulatory policies being championed by the agency such as the Nigerian Data Protection Regulations have a market value of over 2.9billion. The draft bill on the National Blockchain Adoption strategy in creating economically productive and viable digital ecosystem in Nigeria using blockchain technology is also another regulatory attempt that holds great promise for the country’s digital sector. Through the issuance of regulatory instruments, NITDA under Inuwa saved the government of Nigeria about 22. 45 billion in just about a year and some months.

For sure the strides Inuwa has made in NITDA, has not gone unnoticed. The agency was even conferred the National Productivity Order of Merit. There’s no question as to whether the agency is deserving and personally, I can see just how it is possible for one man to cover this much ground in just three years. Meeting Inuwa would no doubt leave you with an urge to do more for the development of this country. Such is the overwhelming aura of productivity that Inuwa exudes. Inuwa is not the stereotypical civil servant, he knows what goes on in his home and he knows who does what. He knows projects that help his cause of a digital Nigeria and he’s quick to support them. Pitching the Civic tech Hackathon project to Inuwa during our meeting no doubt allowed room for us to achieve our aims faster. We were introduced to the appropriate personnel and in a matter of weeks, we hit the ground running. Maybe I am biased but I am yet to come across a government agency as well-run as Inuwa’s NITDA.

Nigerians are no strangers to big declarations and goals from their leaders, and the government has made yet another one in relation to the digital sector. The Federal Government hopes to achieve a 95% digital literacy rate by 2030. A 95% digital literacy plan seems rather ambitious in a country where about ten million children are out of school and 60% of teachers, according to the Universal Basic Education Commission, lack fundamental digital literacy. But, with the ground covered by Inuwa in three years, we can hope that where Nigeria is shooting for the moon, it would hit a star at the very least.

Olasupo Abideen is a tech for development expert, public policy enthusiast and co-founder dHub Innovation Centre. He is also the convener of YvoteNaija CivicTech Hackathon. Please send comments and feedback to abideenolasupo@gmail.com