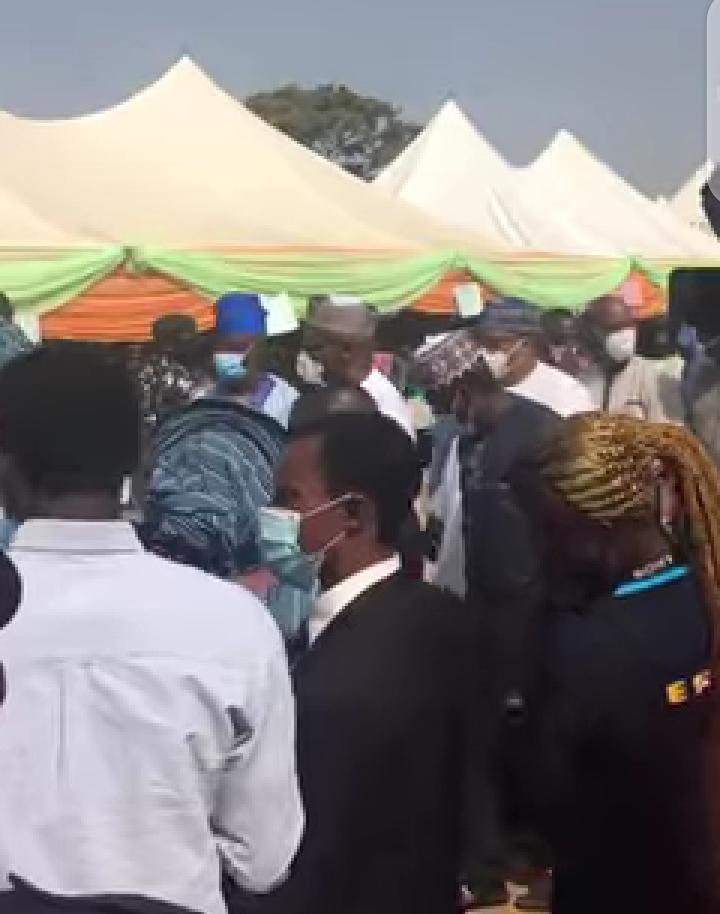 For over a year, the novel coronavirus (COVID-19) is busy ravaging the whole world without exempting Nigeria and Kwara state. Murderous, deadly and grievous are better adjectives to describe COVID-19. It is like a burning fire during harmattan from the north, changing the structure and norms each society is known and identified with.

As safety measures, COVID-19 protocols are established to curtail the spread of the pandemic by maintaining physical distancing, avoiding crowds, wearing a mask, keeping rooms well ventilated, frequent hands washing and sanitizing among other precautions laid down by medical experts.

Nigeria as a Federal state made up of three tiers of government namely, Federal, State and Local Government, pioneered regulations in accordance with1 the Nigeria Centre for Disease Control (NCDC) safety precautions and delegated the implementation power to States, to ensure the spread of COVID-19 is well managed and controlled by each State Government.

It’s foreboding and alarming on the 15th February 2021 seeing Kwara state topping Nigeria Centre for Disease Control (NCDC) COVID-19 Cases Update. The cases recorded by NCDC are as follows: Kwara -98, Lagos-81, Edo-59, Ondo-44, FCT-41, Kano-34, Ogun-33, Kaduna-29, Osun-28 among others. What this unsavoury position should tell us are; Kwara now surpass Lagos where the virus is said to originate (in Nigeria) and more unbridled. Shouldn’t we ask ourselves what Kwara is doing differently that accorded her this number of cases?

Although, Governor Abdulrazaq, through the former Commissioner for health and deputy Chairman of the Kwara state COVID-19 committee, Dr. Raji Rasaq at a press conference on December 24th, 2020 issued fresh COVID-19 restrictions, which mandates worship centers to cut down each congregation by 50 per cent. He also said other gatherings (formal and informal) in the state exceeding 50 people are also disallowed (consequently banned).

Against the safety and prevention protocols established by medical experts and the Kwara state government, the highly revered Governor of Kwara State, Mall. Abdulrahman Abdulrasaq, who should lead by example has been spotted breaking the rules of his own government by attending social functions and political gatherings within the state.

Also, since the beginning of February 2021, the Governor has been pictured amidst mammoth crowds. From those who received him at Ilorin Airport where he proceeded to attending some functions alongside the same crowds in the state capital, to several other political rallies across local governments, even when we are not in elections period.

Perhaps the Governor leads by example. When top echelon in the state and supposed law enforcer defies the law suspending crowded places, absence of physical distancing among others, we should expect nothing less from the followers. The Governor’s action ordered the effrontery by acclaimed Governor Abdulrahman Abdulrazaq Supporters organizing needless solidarity rallies in Isin, Ifelodun, Offa among other local governments.

This is nothing, but a direct play on the intelligence and sensibility of well-meaning Kwarans when the present atmosphere is faraway from campaign time yet unconstitutional. If the Governor is more concern about his 2023 ambition than the well-being of electorates the events in the last few days tells more.

Now that COVID-19 has put itself on top gear in Kwara state, it’s essential we are watchful of which gathering to attend and on what purpose are we attending it to further prevent contractions and safe our lives from been pluck on the line of mere political and parochial interest.