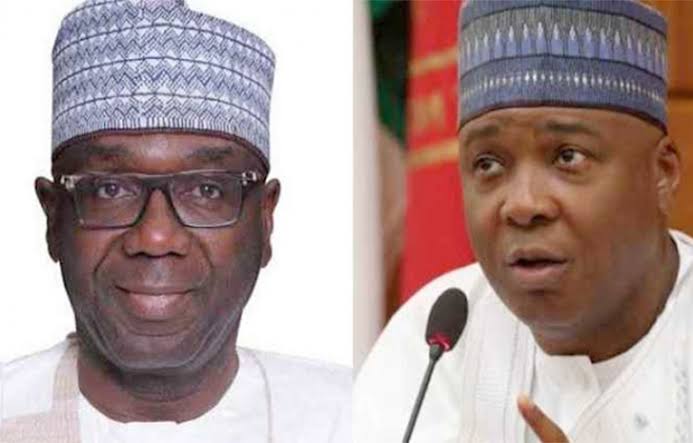 Any keen observer of the political terrain in Kwara State will find the question raised above very antithetical and paradoxical. Many may even wonder if I am making jokes or writing a satirical piece. However, this writer is just a fan of good satires. He has not tried to compose one.

The reality of the situation in Kwara State in the last 39 months indicates that the administration which came to power on the momentum created by the O to Ge revolt has done almost everything wrong to reverse the momentum of the movement. The situation is so critical that it looks like the greatest beneficiary of O to Ge will be happy for the opposition represented by the Saraki political family to simply take over next year.

In a situation where the people were overwhelmed with years of propaganda, hate messages, and consistent attacks, the people of Kwara State in 2019 decided to embrace another political tendency. They revolted against the establishment and invested hope in the possibility of radical progress that would support the claim that they had only wasted their time over the years. As a way of getting the votes against the Saraki political group, sundry promises were made. There was the promise that all educational institutions from primary to the university will witness a massive turnaround in infrastructure, quality of teaching, improved conditions of service for the teaching and non-teaching staff, reduced fees, and generally improved performance by the students.

Also, civil servants were promised enhanced salary, prompt payment of pension, rapid promotion, and constant recruitment. The people were promised good roads, good hospitals, a constant power supply, mass recruitment of workers by the government, and the creation of other employment opportunities. There was also the promise of job creation, social welfare benefits, reduced cost of governance, and security of lives and property. It was believed that the so-called money that they claimed would be saved from the ones being accessed by the godfather would be used for several development projects that are packaged to make life better for the people.

However, in a manner that can logically be interpreted as well planned strategy to ensure a quick return of the opposition to power, Kwara State Governor Abdulrahman Abdulrazaq is doing everything wrong and deliberately making the people regret daily why they voted for him and the O to Ge crowd. The Governor, by many acts of omission and commission, is believed to be working indirectly to make sure the people pitch tents elsewhere.

First, out of lack of foresight, absence of political acumen, inability to demonstrate creative thinking, and dearth of capacity, he has scattered the political coalition that enabled him to displace the Saraki political tendency. Today, all the key actors who helped Abdulrahman Abdulrazaq to become Governor are now his enemies. Many of them have defected to other parties to pick tickets as candidates in the next general election. Those who remain in the APC are not on talking terms with the Governor. People like Prof. Oba Abdulraheem who is now gubernatorial flagbearer of the NNPP, Gobir who is the flagbearer of the YPP, Yahman Abdullahi who is flying the flag of the PDP in the March 2023 polls, and Hakeem Lawal, the flagbearer of SDP, were the main elements that made O to Ge possible. Today, all the gubernatorial candidates of the five leading parties were part of the O to Ge revolt in 2018.

Others who remain in APC like Alh. Lai Mohammed, Minister of Information and Culture, Senator Gbemi Saraki, Minister of State, Solid Minerals, Senator Yahaya Oloriegbe, representing Kwara Central, Alhaji L.A.K. Jimoh, Sen. Makanjuola Ajadi, Bashir Bolarinwa, and many others are staying back ready to work against the incumbent Governor who has seized the party structure from them and engaged them in cat and mouse exchange.

Also, no job has been created. The government could not come up with ideas that can gainfully engage the youths that it mobilized against the PDP in 2019. The failure of the government in this area has continued to fuel anger and dissent in the state, thereby upping the crime rate.

Under this government, Kwara State’s education rating has gone south as the state is now number 34 out of 36 in performance of students in the WAEC examination. This is not surprising to many people as the government has expelled the teachers engaged by the previous government under the special arrangements called ‘sunshine teachers’. Repair of school buildings has become an avenue for bogus and exaggerated spending. The education sector in the state has not witnessed any innovative ideas in the last three years and people generally believe it may be a play out of the legal phrase ‘Quo dat non-habet’ (meaning you cannot give that which you do not have).

Road infrastructure in the state has almost collapsed. In fact, in the state capital, at one time the joke is that the potholes on the road can unlock the doors of vehicles whose drivers thought they have perfectly locked. They even said the discomfort of traveling on the roads automatically disorganizes the dressing arrangements of a well-put-together modern lady. In one instance, it took the government of the Republic of Benin to save the people of Kwara State when a bridge on a road leading to the border town collapsed in the Kwara North zone.

Since Covid-19, the Kwara State government has not increased the number of primary health care centres, hospitals, or other medical facilities. Yet, funds from various intervention agencies, development partners, and other grants from the government have flown into the state.

Security in Kwara State has become very precarious and the state is now unsafe. Thanks to the inability of the government to think out of the box and appropriately respond to the sad developments in neighbouring Niger State where the bandits and kidnappers have almost taken control. With Kwara not taking preventive measures, the activities of bandits, kidnappers, and cultists have been posing dangers to the residents of the state.

Yet, the internally generated revenue is at the highest level in the state in the last 20 years. Also, more money from the federal revenue allocation, development, and intervention agencies is coming in. Transparency in government spending is said to be at the lowest level in the state compared to the past. Quality of government service delivery is also believed to be so low as the Governor does not hold State Executive Council meetings or deliberate with his commissioners and top aides. The government is run through WhatsApp messages. Commissioners in the state do not see the Governor for up to six months.

The Governor deliberately did not select people of substance for the government so that nobody could challenge his incompetent and unusual style of governance. He enjoys the company of people who are ever grateful to him for giving them appointments and therefore ready to tolerate his queer style.

It is for the above reasons that many people in Kwara State have been talking of a possible pact between the Governor and the Sarakis. Many believe Abdulrahman is not behaving like a man who cares about being re-elected. He behaves like a man who seems satisfied with being a one-term Governor and if after his one term, his arch enemies take over governance, he remains unshaken.

However, having devoted most of the 39 months already spent in the office to fighting, blackmailing, oppressing, and suppressing the opposition, sponsoring mischief against the opposition, and chasing more of his own hitherto allies and acolytes into the opposition camp, does Abdulrahman Abdulrazaq realize the implication of what he is wishing for himself?

I will continue to watch as the Governor ticks the various boxes for the opposition in the build-up to the 2023 election in a manner that his usual last-minute rally may not be able to redress.