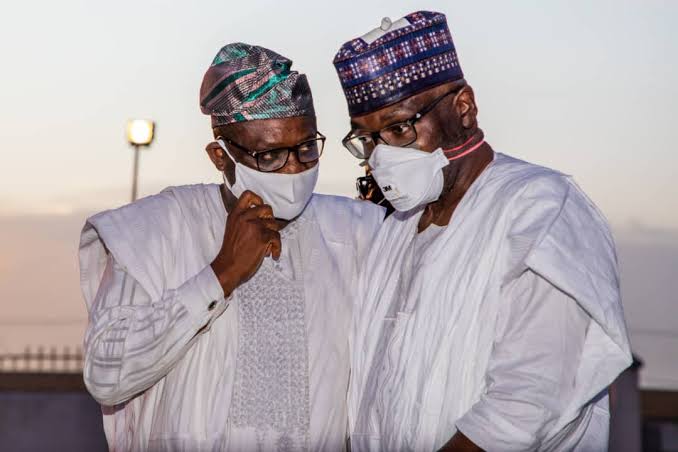 Editor, 5 months ago 0 3 min read 48
By: Raheem Adedoyin
He is already on a projects commissioning mode; so, you can’t claim ignorance of the achievements of Governor AbdulRahman  AbdulRazaq in Kwara State in  two years.
The decision to go public with the projects the AbdukRazaq  Administration has executed since getting elected in 2019 is commendable. It, at least, lowers the temperature on the often  manufactured negative news on the state of affairs in Kwara.
If you go by the recent press and social media reports, you will be forgiven to think that  Kwara had been on a roller coaster of non- governance since the last government was sent packing in 2019 in a gale of electoral tsunami.
The crisis in the rulling All Progressives Party (APC) in the state, the Hijab in school  controversy and other negative news trended faster than the methodical execution of programmes and projects across the state.
Well, Kwara is working; Kwara is making progress; Kwara is a model for good governance. All politics are local;   If you live in Kwara, you would know all this. Mercifully, the Government Communication strategy is getting better and getting more coordinated.
Kwara APC scored an own-goal by mismanaging the goodwill that came with routing the 20-year old (not 16-year old)  hegemonic leadership in the state.  So unfortunate, so troubling.
As an insider, I  know the genesis and dangers of the party crisis. The Governor as the  Party Leader does not sit well with some respected political leaders who wear the toga of _OtoGe_ Godfathers.
They want the Governor to surrender or share his executive authority with party leaders even when the opportunities and leveraging they have at the federal level have been self-serving.
The ambivalence of the party’s national leadership has not helped matters. The National leadership deals officially and publicly with Abdullahi Samari as State Chairman but they have not publicly announced that Bashir Omolaja Bolariwa (BOB) had ceased to be Chairman. They should speak out.
I applaud the reconcilatory moves of well- meaning leaders. The  formation of a new executive committee of tge party at all levels  should bring the much-needed peace if reconciliation is prioritized and pursued genuinely.
The party crisis has obscured the administration’s sterling performance on basic good governance and infrastructural development. The opposition Peoples Democratic Party  ( PDP) has lately regained some of its fractured gait but the real opposition to the state government is not PDP but the aggrieved APC leaders whose cyber bullies have let loose their arsenals on the Governor and the Administration. They are destroying the party, not the Governor.
I love that the Governor is commissioning some of his signature projects-  from the North to the Central and to the South.
My Oro District in Irepodun Local Government, is already in celebratory mood. Our flagship educational heritage, the iconic Oro Grammar School (OGS) has been given a complete face lift (rehabilitation, renovation, new classroom construction and new equipments). Complementarily,   the Ijomu Oro/Okerimi Oro Junction –NITEL Junction (strategically linking the two wards in Oro District) is now an alphart-lay road, courtesy of the AA Government. This road project is so significant to us because all entreaties by Oro people  since 1958 when OGS was created for that project to be undertaken, were unheeded. Until AA came to our rescue.  Thank you, Mr. Governor.
The Governor’s mid-term report in the public space is very good.  The political space, however,  needs greater attention as the next two years will be battle royale politically.
Happy Anniversary, Mr Governor.
Raheem Adedoyin is a Journalist and APC Chieftain.
Tags #Gov. Abdulrahman Abdulrazaq #Kwara APC #Kwara State #Raheem Adedoyin
Opinion

AbdulRazaq's 24months; An Herald of Progress

2Years in Office: We are proud of AbdulRazaq's performance - Kwara Assembly

ENDSARS; Aren’t we sliding towards Libya ?

Between make believe and historical facts