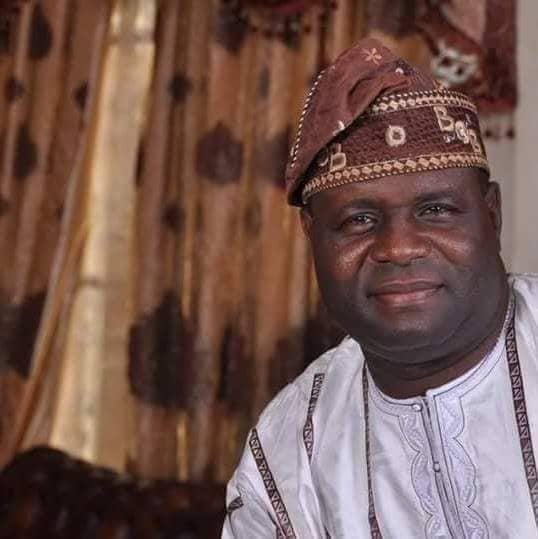 I greet you with peace; may the mercy of Allah be upon you and I pray this message meets you in good health. Ramadan Kareem.

Politics they say “is a dirty game” but I have refuted this claim enough time.My studentship experience in local politics has exposed me to the good, the bad and the ugly in politics. Political permutations seemingly make politics dirty to many persons as it is often at the detriment of merit and good governance. For this reason many conscientious minds have chosen to watch politics play afar. The few conscientious minds in active politics are labeled bad for reasons coming from how politicians betray, derogate, attack and hoodwink themselves for no reason than material and political gains. The appealing lies most politicians blow to the electorate for vote gave people no choice than to see all politicians as liars. Every four years, politicians humble themselves to attract votes, after which they lord themselves over the people who gave them the mandates.

Without boring you with past Kwara political experience and how the experience was rewritten, I must conscientiously remind you how Kwara All Progresive Congress primaries went; from governorship to senatorial to House of Representatives and State Assembly. It was obviously “kangaroo” primaries every party member glaringly saw, but the mission to rewrite Kwara political history was the only factor that made everyone look away, particularly the aspirants. Glory be to God, Kwarans achieved their mission in the 2019 general elections.

Now, should I say Kwarans are not yet fulfilled, from uncoordinated government to intra-party rift? They say “when two elephants are fighting, the grass suffers.” If governance can not be consolidated or galvanized with politics, no escape route for rancor and rift, evident in Kwara ruling party. There maybe more to this, as some stakeholders are also factors to this discord but that is not a case in this piece.

I saw a picture where you knelt down for gubernatorial aspirants so they won’t contest the primaries’ result but support the candidate. I must say my admiration for your selflessness and leadership spirit knows no bound.I salute the sacrifices and statesmanship of aspirants too. Perhaps you are regretting some of your actions prior to the primaries but I will advise you not to regret but see it as a blessing and lesson. It is a blessing because there is now a political leveled playing ground in Kwara. The lesson is that you have realized how detrimental compromising merit for political permutations and gains can be, even though your hands might be tight. It is best to leave an indelible mark on earth than leaving amassed tittles, positions and wealth; posterity will judge us and we shall give account to the Almighty Creator.

Mr chairman, sir, I want to appeal to you to godly utilize the blessing of now having a political leveled playing ground in coming elections for the sake of Kwarans and posterity, whether you are still chairman or not, I believe your influence would immensely count. Meritocracy must come before mediocrity. It is high time we have not just compassionate persons in office but pragmatic, insightful and firm personalities that will grow our people and develop our state. You must look beyond sentiments to rewrite history and remain a fulfilled man for the rest of your life.

Lastly, your followers and apologists should not see the rancor as an avenue for self gratification rather it should be seen as your agitation for justice, equity and fairness. Truly, no leader comes back victorious from war with his army and abandon the army while he enjoys the victory alone. The army will never be happy, their morale will be low and they may not go to war again with such leader. Not everyone wants political appointment, sense of belonging is what some persons crave. However, project Kwara is bigger than anybody’s ambition. We must all join hands to make Kwara better in one way or the other. When it is time for politics, those with conscience will do the rightful and those without will follow their wish. I believe you are a man with conscience.

Than you Mr Chairman.

Pinnick: NFF To Consult Government, FIFA On Resumption Of Football

Guber 2023: What Kwara North Leaders must do