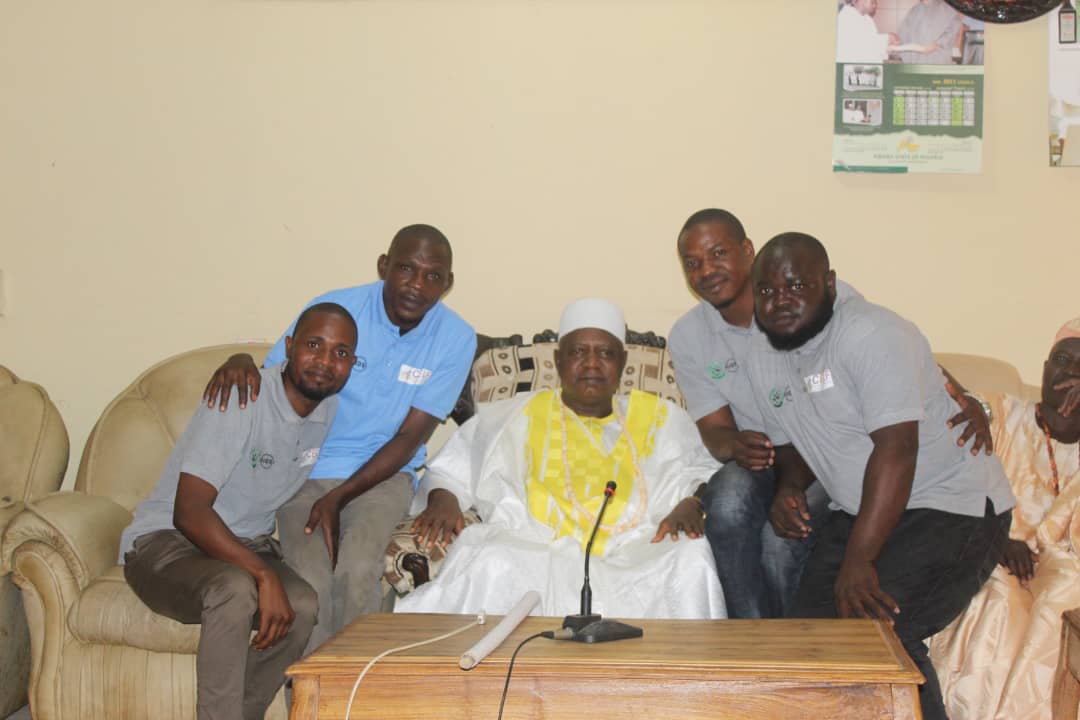 By Yetunde Alanamu
The Oloro of Oro kingdom in Irepodun Local Government, Oba Abdulrafiu Olaniyi Oyelaran has commended Haashim Initiative for Community Advancement (HICA) delegation for promoting all-inclusive education through Countryside Emerging Leaders’ Fellowship (CELF) in Kwara State.
Oba Oyelaran who gave the commendation while receiving the delegation who paid him a courtesy visit in his palace on Monday,  said that CELF is a community development initiative that  youths from rural areas will benefit from.
The monarch noted that the two slots given to each local government are inadequate considering the number of schools and towns across Kwara South senatorial district.
Oba Oyelaran, who expressed delight over the prospect of CELF in bringing out the latent talents among the youths, prayed for the success of the initiative.
Meanwhile, participants at the just concluded orientation programme for CELF coordinators in the seven local government of Kwara south senatorial district have expressed commitment towards the realisation of CELF.
Speaking on behalf of the seven coordinators, Mr. Bakare Monsuru (Isin LG) said that the coordinators will cooperate with the CELF team in the selection process of the eligible students.
The Coordinators who were trained on community development and project CELF were urged to be just and fair in selecting the students that will represent their respective local governments.
The programme, which was held at the Oro Grammar School, Oro, Irepodun local Government, had in attendance President, All  Nigeria Conference of Principal in Secondary Schools (ANCOPSS), Kwara State, Alhaji Toyin Abdullah, and CELF Coordinators including Onipede Ezekiel Olufemi (Ekiti), Olasehinde Raphael Sunday (Oyun), Ogunlade Sheifat Modupelola (Ifelodun), Bakare Monsuru Ishola (Isin), Ogunyemi, S. A. (Oke-Ero), and students of selected secondary schools across the senatorial zone.