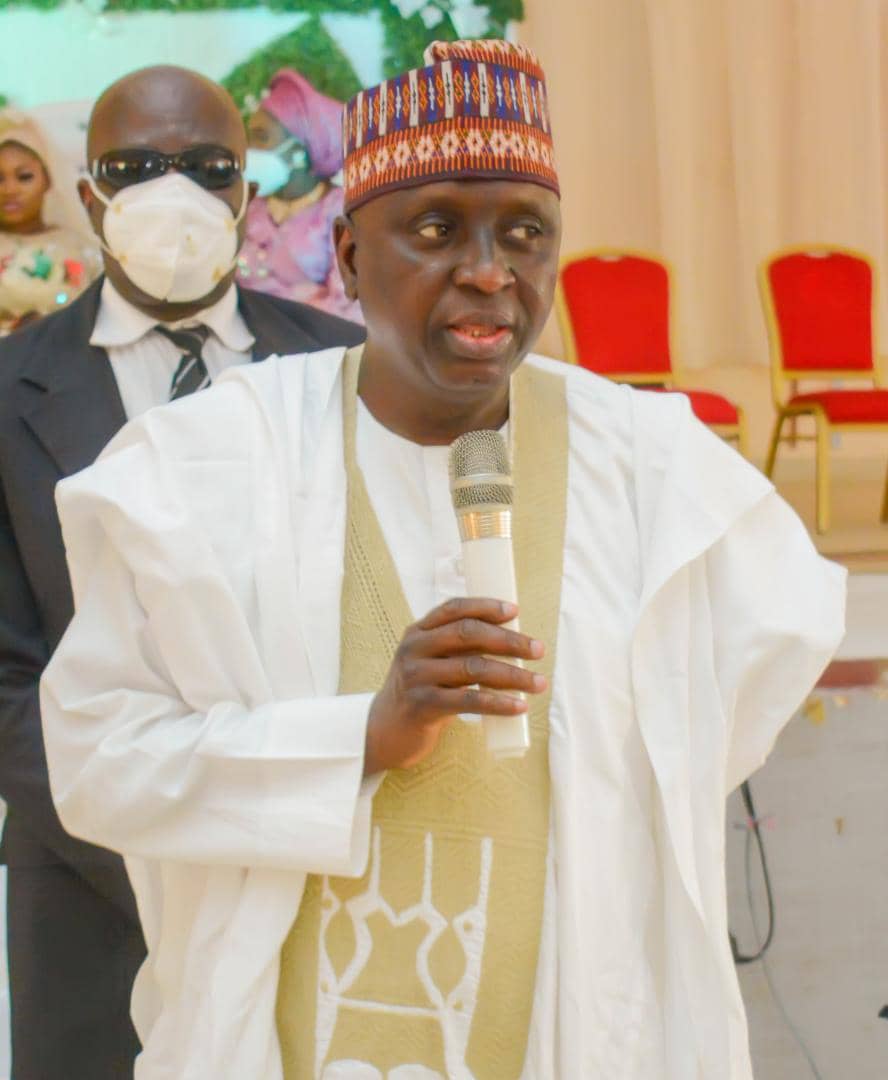 The Senator representing Kwara Central Senatorial District in the National Assembly, Dr Ibrahim Yahya Oloriegbe has charged journalists in the Country to always go about their job with the aim of projecting and protecting the Country.
Senator Ibrahim Oloriegbe who made this call while hosting the Association of Kwara Online Media Practitioners (ASKOMP) at his Ilorin GRA Residence on Friday, said we must firstly have a Country to enjoy all the Constitutionally guaranteed rights, stressing that when war breaks, laws and thrown into the dust bin and might takes over.
He said “War is not a tea party, nobody can be assured of who the victims would be or for how long it would last.
“With war, we lose out everything, including the constitutionally guaranteed freedom of association, information, human rights etc which are thrown in the bin and might becomes right.
“I was in Liberia more than a decade after the war, yet they’ve not recovered till date. Majority of their youths and young adults are not educated, because the civil war deprived them of attending schools when they were of age.
“The power of media especially Online cannot be overemphasized is protecting the Country, therefore I’ll urge us all to always prioritise the national interest in our reportage” he added.
The Senator also disclosed that he has rehabilitated hospitals, constructed classrooms, dug boreholes, empower entrepreneurs and provided modern toilets in all the four local government areas in his constituency, noting all the projects are already serving benefiting communities.
Speaking on the controversial toilets constructed in some communities, Oloriegbe revealed that the project is WASH toilet facilities to promote public health, improve hygiene and provide clean/safe water for the people.
”Each toilet has dedicated borehole for it maintenance and provision of clean water. It’s laughable that some people are trivializing it because of politics. Some States in Nigeria are still battling with cholera but we are proactive by providing such project”.
”In addition, I equipped Ogidi Health Centre due to its inhabitable condition during my on the spot assessment. The University of Ilorin Teaching Hospital (UITH)  is having infrastructural deficit and it’s painful for me as a medical doctor. I  facilitated the extension of electricity to the hospital and constructing hall for training of medical students. I have written to the Presidency, Ministry of Health and others to get special intervention after interacting with the CMD”.
Senator Oloriegbe, the Chairman Senate Committee on health said he has sponsored seven bills including bill for establishment of Federal Neuro Psychiatric Hospital Budo-Egba in Asa local government area of Kwara state.
He commended ASKOMP for their efforts toward sanitizing the online media space and encouraged them to continue to improve their knowledge.
Earlier, the Association of Kwara Online Media Practitioners (ASKOMP) Chairman, Salihu Shola Taofeek said the association will  organize workshop to improve performance of over 25 Media Outfits and 100 trained journalists working with different platforms.