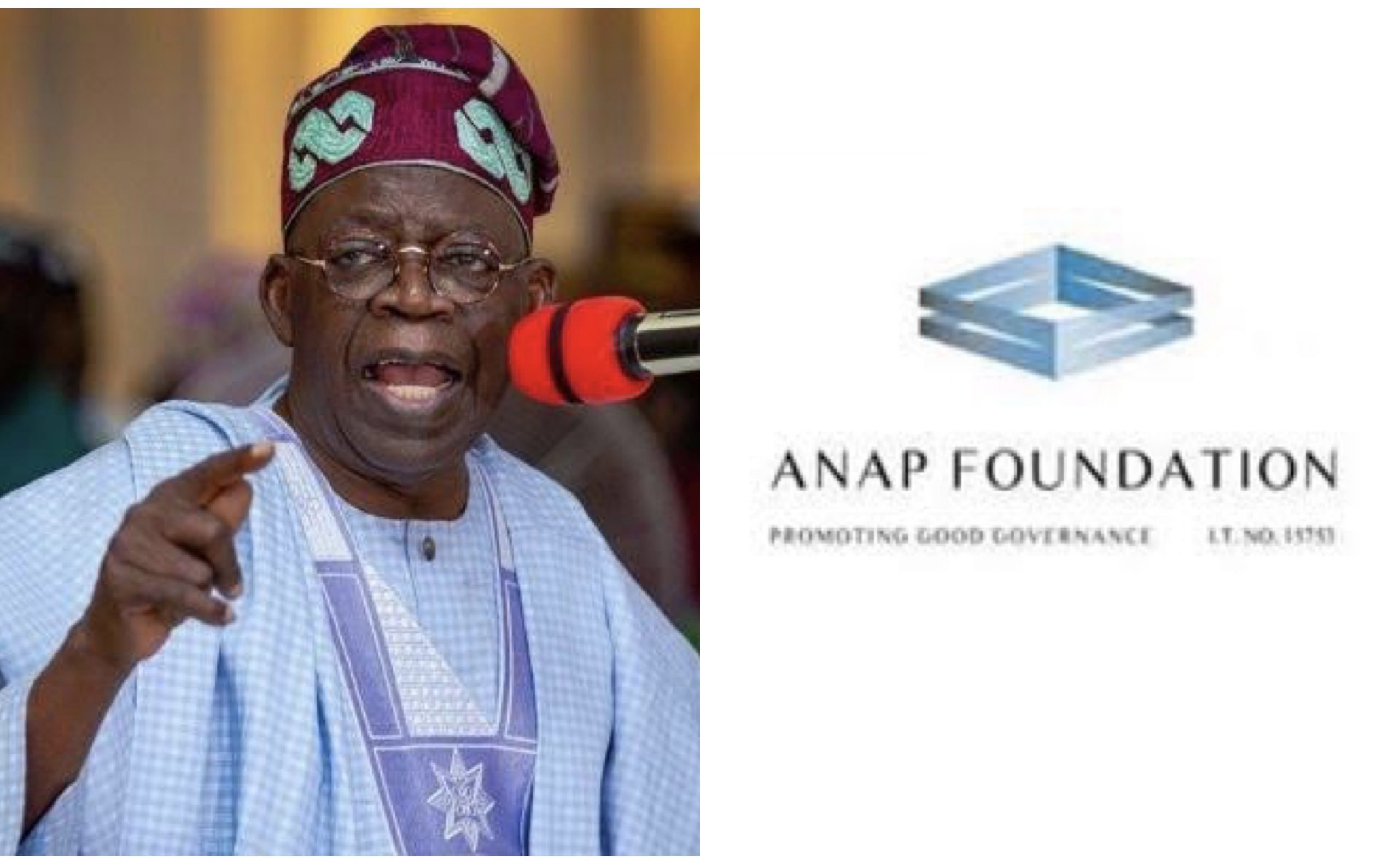 Tinubu, through his Presidential Campaign Council, said he is unperturbed by NOI polls, even as he described the poll as “dubious and fake statistics.”

A poll conducted by Ngozi Okonjo Iweala Polls and commissioned by the Atedo N. A. Peterside Foundation showed that Peter Obi of the Labour Party would win if Nigeria’s presidential election was held.

The poll conducted in September points to a three-horse presidential race between Obi, Bola Tinubu and Atiku Abubakar of the Peoples Democratic Party.

They, however, described Rabiu Kwankwaso of the New Nigeria People’s Party who came fourth in the poll as a ‘dark horse’.

Reacting to the development, however, APC Presidential Campaign Council in a statement Thursday in Abuja, by its Director, Media and Publicity, Mr Bayo Onanuga described the NOI polls as dubious, unrealistic and inconsistent.

Onanuga said the NOI Polls made wild and incredible permutations on the presidential elections.

According to the council, the APC is putting in place structures that will make its margin of victory so wide that it will be difficult for the opposition to contest it at the tribunal.

“Our party is putting every necessary machinery in motion to win the federal elections with a margin that will be too wide to contest.

“Our candidate, Asiwaju Bola Ahmed Tinubu recorded the highest votes of a senator across the country under the Social Democratic Party in July 1992. He will do it on nationwide scale on February 25, 2023”, the council boasted.

“We are unperturbed by these dubious and unreliable statistics because our research shows that NOI Polls have been off the mark at critical election periods in recent times”, the council stated.

It noted for example that preparatory to the March 2015 presidential elections, NOI published in October 2014 the results of a “Viability Poll” which used the concepts of Familiarity and Net Favourability Position to survey.

“In the results, NOI claimed that President Goodluck Jonathan has the best overall familiarity rating at 99% and Net Favourability Probability of ±25.

“By contrast, NOI dismissed the then All Progressives Congress candidate, Muhammadu Buhari as a ‘borderline candidate’ who needed ‘huge public relations’ to shore up his performance.

“But when the Nigerian people went to the polls, who won? The APC candidate and now President, Muhammadu Buhari.

This is not the only instance when the NOI has turned its political bias in an election period to fraudulent statistics”, the council stated.

The council recalled that towards the 2019 presidential elections, and knowing that President Buhari was going for re-election for a second term in office, “the NOI pollsters embarked on another abracadabra.

“In June 2017, they issued the results of another poll, that Nigerians prefer a middle-aged president claiming that this poll was inspired by the election of Macron as the president of France and the campaign of the Not Too Young To Run.

“According to the predictable bias, NOI claimed that 64% said they would prefer to vote for a presidential candidate between the ages of 40 and 50 years and 15% preferred candidates between 51 and 60. In short, for a presidential candidate in his 70s running for re-election, NOI results meant certain defeat. But when the Nigerian people went to the polls on February 23, 2019, the man the NOI polls had tried to bully with statistics out of the race won again.

“It is significant that at the time NOI was generating the unrealistic figures to boost the ego of President Jonathan, a more serious and independent team of pollsters- Neo-Telligence based in the United Kingdom used geo-demographics and public sentiment analysis to forecast the emergence of President Buhari.

“By contrast, their empirical analysis showed that two years before the 2015 presidential elections, Goodluck Jonathan’s public approval rating on corruption, insecurity and the economy had nosedived across most of the battleground states”, it added.

“The council added that its objective profiling of NOI Polls as an anti-APC research organization is grounded on the aforesaid facts and that is why “we believe this present report is, in the language of Nigerians, wuruwuru to the answer.

The statement said that the NOI has chosen the preferred candidate “and has decided to use fake, dubious statistics to package him to the Nigerian voters.

“We know as a matter of fact, the owners of NOI and where their political interest lies and wish to advise NOI to stop polluting the political system with irresponsible, unscientific and biased polling so that we don’t expose the puppeteers pulling its strings”, the council added.