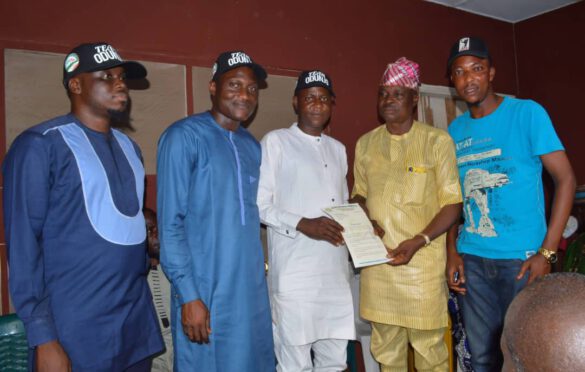 Former Coordinator of Zone C axis of the National Association of Nigerian Students’ (NANS), Comr. Adio Odunjo (Orlando) has declared his intention to run for the representative seat of Ekiti.constituency at the Kwara statue House of Assembly.

has represented countless bodies of students and youths across Kwara State and beyond.

The declaration was made amidst LGA party executives, Party elders, women and youths at Ekiti LGA general meeting   and his own ward earlier today.

The Leadership of the People’s Democratic Party (PDP) in Ekiti LG, led by Hon Mrs Ebun Owolabi applauded the ever consistent and vibrant youth, says Ekiti LGA is glad to have capable youths like Hon Adio Odunjo who has demonstrated Competence over years, the former House of Assembly member who is also a present member of People’s Democratic Party board of trustees said the party is ready to take over power form the opportunist All Progressive Congress come next elections.

Hon Bode Ogunleye, the leader of Obbo-ile Ward where Odunjo (Orlando) hails from also applauded his strides, noting that he is happy the son of the soil is here to represent his good people and prayed Almighty God crown the effort with success.

“Based on the calibre of this aspiring young man, I personally don’t think we have a better candidature”~Hon Olayinka Adio, the Obbo-ile Ward Chairman said.

“As preparation are in top gear towards the 2023 general elections, the progress of the Ekiti local government area of Kwara State have been derailed by the present representative and holders of the people’s mandate.

“It is in the light and realisation that the progress slide needs urgent arresting  and resetting the constituency on the path of competitive development once again.

“On this note, I am offering my services to fly the flag of our great party, the People’s Democratic Party (P.D.P) for the Ekiti Constituency as a member of House of Assembly”, ~Hon Adio Odunjo Friday(Orlando)”, he said. 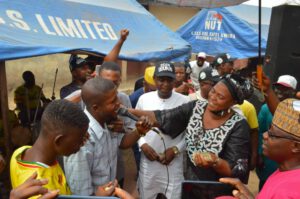