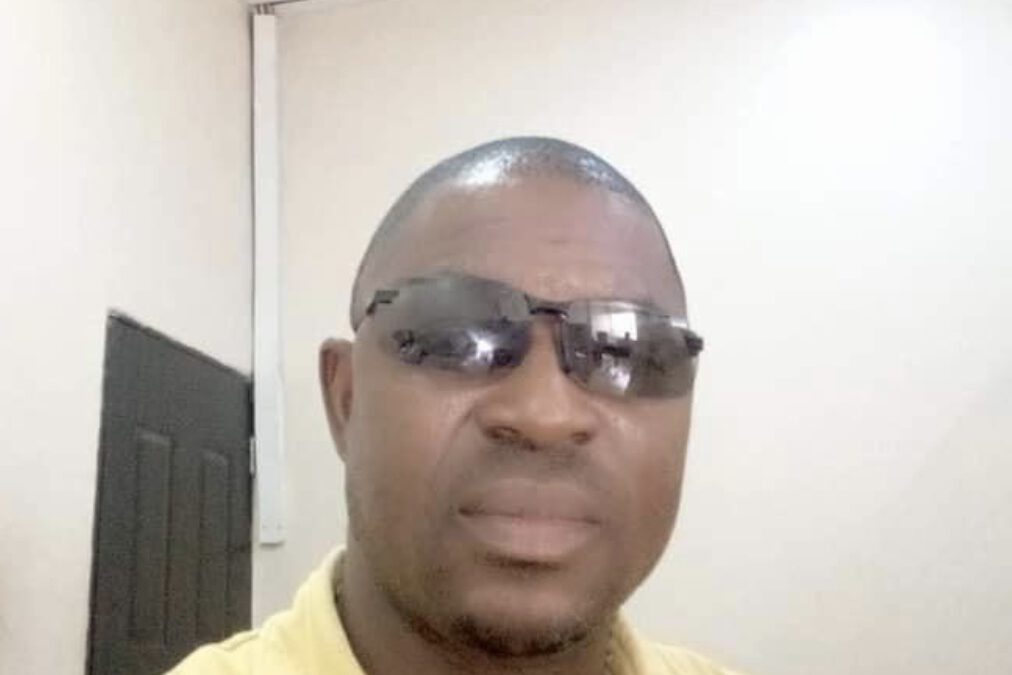 One of the national ethos we, as a people, need to rethink/recalibrate in Nigeria is the notion that, development, physical or otherwise, can only come to our respective communities, only if and when our kinsman occupies the seat of power. That is a very warped conception of underlying considerations of leadership recruitment, and a mockery of public service delivery, especially for a country that aspires to be among the league of developed nations of the world. This is so because, if that we’re to be the case, it means, those regions or States that are not privileged to have one of theirs elected into office should not expect anything like developmental project

Unfortunately, debates about leadership recruitment in Nigeria is usually centred on the ethno-religious affinity of aspirants; and I think, every region in Nigeria has had its fair share of disappointment, when it comes to placing developmental hopes on one from the ethnic or religious group becoming the President or Governor. This not withstanding, some people still cling on to that, as if the evidences suggest otherwise.

Let take a look at a few examples; the North has ruled this country for about 45 years, since 1960, when we got independence – 61 years ago. Out of these 45 years plus, Katsina had done 11 years, while kano about six years, Niger State 8 years, and Bauchi, 5 years. Plateau 9 years. Looking at all the indices of development, the region either ranks the lowest or among the lowest in the country. Is it maternal and infant mortality rate? Is it access to medical care? Is it out of school children? Is it road network that is a non-existent (albeit, across the country)?

Let us also go to the south: Obasanjo did eleven years, both as a military head of state, and an elected civilian president, but the people of South West,esoecially Ogun State where he hails from, can hardly point at anything tangible that his residency brought to the region, in terms of development. Today, the road leading to his country home, from Lagos (Lagos-Abeokuta expressway) to Otta, is anything but express. Lagos-Ibadan is jinxed to be perpetually under construction. Ibadan-Ogbomoso-Ilorin is another story of promise-and-fail. Ibadan-Ilesha-Ife-Akure is no better. The list goes on and on. Yet, Obasanjo spent 8 solid years in office.

In the South South, Goodluck Jonathan’s 5 years is not commensurate with the level of physical infrastructural development in the region and that of the South East, his adopted region, where politicians saw and projected him as theirs. From Onitsha to Umuahia, to Ikot-Ekpene-Itu-odukpani-Calabar, the roads are like a mining site with amorphous excavations. Onitsha-Owerri-Port Harcourt Road, Enugu-Onitsha Road is another emblem of neglect-induced underdevelopment that does nothing to strengthen the argument that; “until we have one of us as president/governor, before we can witness development”. It took one of the special intervention programs by President Muhammadu Buhari in the Federal Ministry of Water Resources to complete the Otuoke (Jonathan’s hometown) water works.

These evidences abound, yet we still remain sentimentally attached to the primitive and parochial notion that, it is only a President/Governor who hails from a particular place that can bring about infrastructural development.

Everybody, including yours sincerely believed in 2015 that, Buhari, being a retired army General and a northerner for that matter, would waste no time in crushing the Boko Haram insurgency, that was then, only limited to the North East. But how wrong were we! A variant of the Boko Haram terrorism is now in full operation in the North West, with no special tactical response coming from the Commander-in-Chief of the Armed Forces of the Federal Republic of Nigeria, beyond the platitudinous statement of automated condemnation from Garba Shehu and Femi Adesina. You think that is too large a scope? Okay wait for this; a school in Kankara, Katsina State was invaded, and the dozens of students were abducted by the terrorists who the Buhari Government likes to refer to as “Bandits”, even though, they have downed a military aircraft; the President did not give any symbolic gesture like a condolence visit, that could help inspire hope among a people who are (feeling) besieged and bereaved.

So if Buhari could fail the North in terms security of lives and properties; if Obasanjo could disappoint the south west on physical infrastructure; if Jonathan could neglect the roads in his home regions of South south and South East, then nobody in this country should think that election of his cousin or neighbour into a position of authority, is a guarantee for phantasmagorical infrastructural development.

But like the saying goes; “a dialogue with the deaf requires a great deal of repetitions and gesticulations. For those who cares to listen, voices of reason have been saying it aloud that our manner of leadership recruitment, that is steeped in nepotistic considerations, rather than factors like competency, capacity to deliver and other objective parameters, is not in the over all interest of all of us. Leaders, not recruited on the basis of these factors are more likely than not, to deliver the good. But, with the “ọmọ wa ni ẹ jẹ́ ó ṣe” syndrome, it does not matter, whether he knows the job or not. It does not matter whether he possesses the requisite skill sets to deliver on the job or not; once he is from our region, State, language or religious group, we are ready to stop at nothing to ensure that, he is railroaded into office. The cost of such leadership recruitment, to the socioeconomic wellbeing of the people does not matter, is such a humongous one that the effect on the nation would be something akin to an apocalyptic cataclysm, if we as a nation do not embark a serious soul-searching .

Our contemporary history is replete with anecdotes that support the position that, the level of development in a particular region does not correlate with the number and calibre of people who are of the extraction of the geopolitical entity, in government.

Take a look at the number of years northerners have reigned as presidents of the Federal Republic of Nigeria, and the level of development in the North (West, East and Central), analysed above. The region based on empirical studies, has the highest number of “out-of-school children” in Nigeria. In other indices of human development, most States in the North are way behind those of other regions. For instance, a report published by the National Bureau of Statistics (NBS) in its “2020 report on women and men” shows that, Kano State had the highest number of children who are out of school, with 989,234, while Akwa-Ibom (581,800), Katsina (536,122) and Kaduna (524,670) followed closely. Other States that ranked high on the list are Taraba (499,923), Sokoto (436,570), Yobe (427,230), Zamfara (422,214) and Bauchi (354,373). Culled from “Premium Times”.

Unemployment, is another kettle of fish entirely. While the national rate is 30%, most of the states in the North record between 34% and 50%, according to a Global number-one Business Data Platform, “Statista”.

Talking about maternal mortality rate, about 13 of the 19 northern State fall under the category of “Very High” in a categorisation consists of Very High, High, and Moderately high. One of its causative factors is lack of access to affordable and or qualitative health care (primary, secondary and tertiary) service is an open secret that does not need much emphasising.

Then, lack of physical infrastructure, like roads electricity and other basic amenities of life is visible to the blind. It is emblematic of the region’s dominance of the political milieu in the country.

Now coming to the crux of this piece, another unfortunate reality of the “Ọmọ wa ni ẹ jẹ́ ó ṣe” syndrome is the deteriorating level of security of lives and properties in the North, especially the Western part. About a couple of weeks ago, dozens of Kaduna-bound travellers, coming from Sokoto were seized and roasted alive by the terrorists, in addition to the periodic invasion of schools and the concomitant abduction of students, for ransom.

This gave rise to the hash-Tagged campaign – #NorthIsBleeding, Buhari is sleeping. This is a very strong warning for those who clamouring for power shift, to be wary of how hard they push in getting their region’s Presidential ambitions realised, lest it turns to another of the series we are witnessing at the moment.

Please don’t get it twisted; I am not against power rotation, but be careful, who you push forward. There is this saying in Yoruba that says; “Ajumobi ó kàn ta’anu. Ẹni Ọlọ́run bá rán sini, ní ńṣe ni loore (familial relation is not a guarantee for you get help from anybody. Your helper can come from any clime, as ordained by God).

Those who are supporting the presidential aspirants for 2023, on the basis of ethnoreligious consideration, might just be as disappointed as the majority of us who, in 2015, thought, President Buhari, being a retired Army General, and a northerner would have the magic wand to restore the the serenity, and the innocence of the North by crushing the social malcontents who hide under the pretext of propagating Islam and its spiritual injunctions, but now constituting themselves into an existential threats to Nigeria as sovereign corporate entities.

Wishing you a happy and prosperous New Year ahead.

Abubakar writes from Ilorin. He can be reached via 08051388285 or marxbayour@gmail.com

Kwara PDP reconciliation job and the essence of mutual forgiveness

Nigeria: When will enough be enough ?