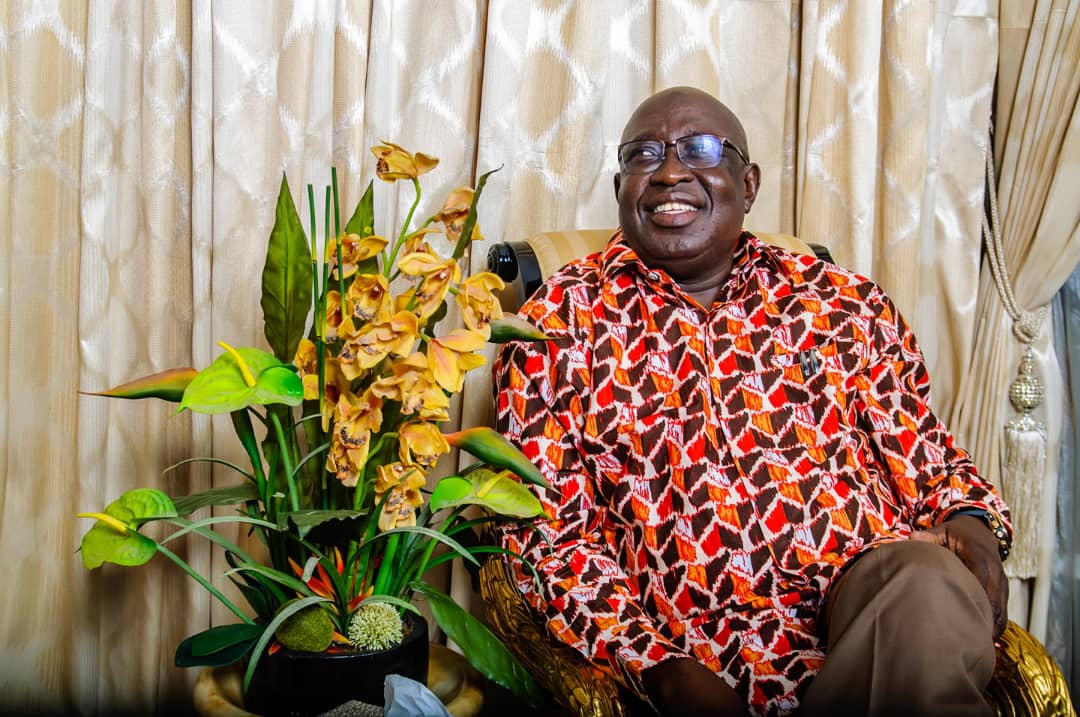 The Olu- Omo of Yorubaland in Ghana, Hon Mashood Mustapha has appealed to Nigerians resident in Ghana and the host Community to amicably resolve their trade disputes in a mutually acceptable manner.

According to him, the two countries have long term trade interest and various common political and cultural heritages as far back as the early sixties which needed to be sustained.

Hon Mustapha recalled that the immediate past President of Ghana, John Dramani Mahama is related to Offa community in Kwara State, Nigeria adding that most Nigerians see Ghana as their second home and vice-versa. Hence, the need for the two countries to be each other’s brothers’ keeper.

The Olu-Omo commended the maturity demonstrated by the two countries in handling the matter so as to guide against the incident in South Africa during the period of xenophobic attack where Nigerians and some other foreign nationals were senselessly killed and their properties destroyed.

Hon Mustapha commended President Muhammadu Buhari for sending a powerful delegation to Ghana led by the Speaker, House of Representatives, Femi Gbajabiamila to find a permanent and lasting peace among the two nations over their present trade disputes and further deepening their diplomatic relationship.

He called for greater bilateral and trade ties that would guide against a repeat of the present perceived harsh trade crackdown between the two countries.

Olu-Omo Mashood Mustapha who is a former member of the House of Representatives and a stalwart of the ruling All Progressives Congress (APC) said that the COVID-19 pandemic ravaging the world calls for caution amongst Africa countries, especially, as it has to do with their bilateral trade relations. He urged neighbouring countries to form a united front to surmount the economic challenges presently ravaging the world.

According to him, Nigeria and Ghana are the largest and second-largest economies in West Africa, more so that Nigeria has been a very important source of investment in Ghana.

Hon Mustapha praised the maturity so far displayed by Nigerians in Ghana, most especially, the traders as trade relations between the two countries are crucial. He therefore implored them to further demonstrate the peaceful togetherness Nigerians are known for at home and in the diaspora.

He implored the Oba of Yoruba Community in Ghana, Oba Hamzat Peregrimo Brimah to urgently organize a stakeholders’ meeting between the concerned citizens, the various traders’ associations and the government of Ghana to find a lasting solution to the impasse.