Freshinsight > Blog > Opinion > Nigeria; A nation with, or without hope?
OpinionTHE RACE

Nigeria; A nation with, or without hope? 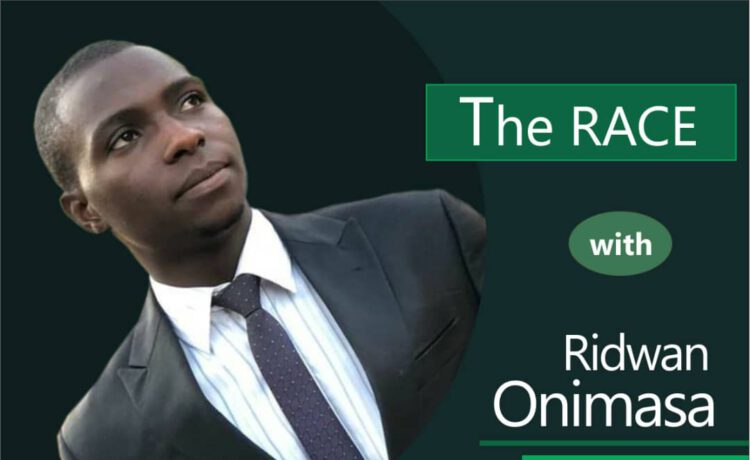 The Nigerian nationalist movement was created when Nigeria was the British colony, and those people who promoted nationalism in Nigeria wanted the country to gain its independence from foreign rule, and they succeeded because our country became independent in 1960, they are well commended for the brave battle since freedom is never to be compromised.

It is however a matter of concern to ask whether they were driven with vision to lay a prosperous foundation for the most populous Black nation or blindly fought a battle without considering the capacities that should maintain stability and ensure the needful development.

Looking at the past and present, a rhetorical question of “what is the future of Nigeria has a nation?” has severally been asked. History analyzed how the foundation of this country was laid on tribalism which has opened doors and windows for corruption and disunity, the major cause of the 1966 Nigerian coup d’état when mutinous Nigerian soldiers led by Chukwuma Kaduna Nzeogwu and Emmanuel Ifeajuna killed 22 people including the then Prime Minister of Nigeria(Tafawa Balewa), many senior politicians, many senior Army officers (including their wives), and sentinels on protective duty. I’m not to write the history but to think maybe the coup which led to death of our Heroes was the cause of our misfortune.

History told that the conspiracy by the coup plotters, who were mainly Igbo officers, to pave the way for General Aguiyi-Ironsi to be Head of State of Nigeria consequently necessitated retaliatory events by Northern members of the Nigerian Army that brought Yakubu Gowon to power, led to deaths of many innocent Igbo soldiers and civilians caused the 1967-1970 Civil war…

These and many more served as eye openers to know that becoming and unbecoming a leader in Nigeria has never been a ride on justice, peace and patriotism, hence, became our tradition till the point of the present democracy era.

Nigeria @60, my nation’s chronological ageing has exceeded her developmental ageing! Just like the head of family that crawls around the house with teddy bear, we are the Giant of Africa!

It is sardonic to find ourselves here, and even more pathetic measuring the quantity of our loss against the quality of our gain. And most unfortunately disheartening to reflect on how God has blessed us with all necessary resources that should have catapulted us to leading greatness except the leadership of regression attributed with lack of vision, selfishness, moral wisdom among others.

Just as usual, many Nigerians ascertained that we are cursed with bad leaders and that is what is preventing us from moving forward in socioeconomic and political development, hoping for a good leader to come and change the narratives; hope they say, springs eternally in human hearts. Clearly, there are as well bad followers, why not every Nigerian be the a good leader we are yearning for, if truly the followers of today are leaders of tomorrow, that’s the only way we won’t continue on the chain of stagnation with regret.

Critical analysis of the past and present had indeed signified the downtroddenness of our endeavors which supported the assertion that all past and present political leaders contributed to the failure and success of this country. Since the inception till this moment, the problems that begs for solutions are; corruption, insecurity, tribalism, poverty, unemployment, infrastructural deficiency, economic deficits and social instability.

Not that we couldn’t identify our problems, to the extent that governmen agencies created for the purpose of alleviating each of the aforementioned, but why have we been incapacitated to conquer to an extent, the attacks that strike all time through the identified phenomena.

Ordinary road maintenance, both the federal and state governments couldn’t be marked for excellence! Or what can we say about the insurgents that terrorize since over a decade, maybe our military with desperate duplication of security agencies could never stop insecurity of lives and properties in my country.

I won’t discuss about corruption since those in charge of its eradication are as well the, founding fathers, commander-in-chief and promoters of it.

@60 on the 1st of October 2020 when many citizens started raining curses on Nigeria on its independence’ they said it doesn’t worth celebrating, the aggression expressed because of the present level of inflation of essential commodities, sporadic rise of unemployment and continual growth of corruptions with nonchalance.

I witnessed the hatred of the common man against his supposed loyalty and patriotism to his nation. Total loss of hope was written and expressed all over so I came up with this message on my social media page.

“Nigeria has not done anything for you but your total school fees in University is not up to 300 dollars. Some not even up to 100USD… We all know there’s failure in some aspects but, has showing hatred on the country’s independence reduced the price of rice in the market?

We should learn to understand the difference between patriotism and loyalty to your country and grievances against her leadership”
As usual, I received accolades and criticisms but I could notice misinterpretation of my message when some started comparison of Nigeria with other countries due to the level of the aggression. Hence, I responded to re-project my view and stand.

“My message doesn’t in anyway compare currencies or nations. It is but to open our mind to the fact that Nigeria is ours, and we have to pledge our loyalty and patriotism. I wrote this in response to what people displayed yesterday which I termed as ‘hatred’
When you say a country is useless, remember a country is not just a geographical location but majorly, people living in it, you and I!

And to emphasize that it’s wrong to say Nigeria has never done us a favour, that made me compare the real value of education with what we pay for it, the analysis would be clear when you compare the tuition fees of private universities with that of public.
I admit that many things are going wrong which I am also not happy about, of course all of can see, that is to blame her leadership not the country, some are taking it beyond reasonability to juxtapose the grievances against our leaders and patriotism to our nation, Nigeria(we don’t do anything to cheapen or disgrace it).

Ofcourse, you can’t demolish your house because there’s violence in your home.

Just like others, the transformational agenda failed, we struggled for change and there is still constant failure on the agenda.

To think of having no other country than this, we must keep on the prayers, struggle to attain success is continuous as progress is crucial no matter how little, and hope as well should not be underestimated as we are to be on THE RACE to overcome the difficulties.

May God bless Nigeria and make it great!!!