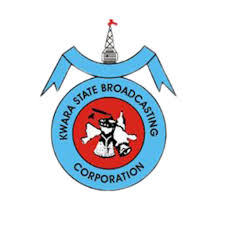 No fewer than twenty one (21) state Broadcasting Corporations, including Kwara state’s have been ordered to shutdown in the next 24hours by the National Broadcasting Commission (NBC) over N2.6 billion debt since 2015.

The Kwara state Broadcasting Corporation has four (4) radio stations under it; Radio Kwara, Midland FM and Radio Kwara AM, including the newly established Kakakin FM.

The Commission, which announced revocation of license of 52 privately and publicly owned radio stations said the affected stations includes Africa Independent Television (AIT) and its sister radio station, Raypower FM; Silverbird Television, and 49 other stations across the country.

The director-general of the NBC, Malam Balarabe Shehu Ilelah, who made the announcement while briefing journalists in Abuja on Friday, said there was no political undertone in revoking the license of the debtor-broadcast stations.

Ilelah urged the stations to pay their fees before 24 hours to avert total disconnection.

Earlier, in May 2022, he said the NBC published in the national dailies, the list of licensees that are indebted to the Commission, and granted them two weeks to renew their licenses and pay their debts or consider their licenses revoked, frequencies withdrawn and the withdrawn frequencies reassigned to others who are ready to abide by the necessary requirements.

Ilelah said three months after the publication, some licensees were yet to pay their outstanding debts, in contravention of the National Broadcasting Commission Act CAP N11, Laws of the Federation of Nigeria, 2004, particularly Section 10(a) of the third schedule of the Act.

In view of this development, he said the continued operation of the debtor-stations is illegal and constitutes a threat to national security.

“Therefore, after due consideration, the NBC hereby announces the revocation of the licenses of the under-listed stations and gives them 24 hours to shut down their operations. Our offices nationwide are hereby directed to collaborate with security agencies to ensure immediate compliance,” the NBC DG stated.

Speaking further, the NBC DG said all broadcast stations who have not renewed their licenses for the current duration are advised to do so within the next 30 days to avoid sanctions.

“The Commission also call on all IPTV (Internet Protocol Television) and all other broadcast stations that are streaming online to register with the Commission to avoid disconnection.

“Broadcasters should note that having a DTT or FM license does not warrant a broadcaster to stream online; they are two different licenses,” he noted.

He added that they’ve been in talks with the media houses for more than a year, but they refused to revert.