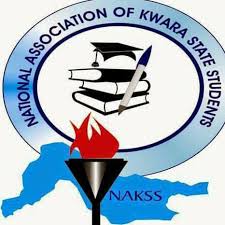 The association through a press release signed by its President and PRO, Comr. Muftau Mubarak Shittu and Lawal Adeniyi Ridwan respectively, decried the sponsorship of impostors in the association by Governor Abdulrahman Abdulrazaq’s appointees.

The release reads “It is sad and highly disappointing to note that some among your political appointees are nothing but mere divisive elements, who thrives in catastrophic situations and embrace illegality in pursuit of what we are believing to be their personal interests, in the name of Your Excellency and the State government. This is not only worrisome but which considered embarrassing on both ends.

” The patriotic efforts of past NAKSS leaders are what some of the Governor appointees are struggling to drag in the mud by attempting to factionalize the Association, even when their preferred NAKSS presidential candidate lost in an open, free and fair election, to public knowledge.

“It is shameful that defeated candidates in the last NAKSS elections are being sponsored by Special Assistant, New Media to Governor Abdulrahman Abdulrasaq, Mr. Fafoluyi M. Olayinka (SOLACE), and aided strongly by the likes of the Kwara SUBEB Chairman, Prof. Sheu Abdulraheem Adaramaja.

“Our progressive students Association had thought he would be shameful for once and desist from spearheading a factional NAKSS after he was booed out of the NAKSS Convention January this year while attempting to induce Senators/student delegates with money to vote his preferred candidate but surprised he still went ahead sponsoring and parading one Adekunle Rapheal Popoola as ‘Governor’s choice of candidate’ for NAKSS Presidency.

“It’s important to inform the general public that, Mr. Fafoluyi M. Olayinka as an aide to the Governor is synonymous with creating division and enmity among institutions and even political fellows of Mall. AbdulRahman AbdulRazaq. He has consistently and arrogantly worn the garment of disgrace and caused divisions in the name of ‘Governor. This to an extreme extent has largely created a perception of divisive tendencies for the present government and projecting the image of the Governor in a bad light…

“We are not oblivious of Prof. Adaramaja’s flair for illegality as evident in his recent double salary saga, we however sternly warn him to keep his illegality off the students’ constituency.

” It is on this note we call on His Excellency, the Executive Governor of Kwara State to call to order, his Special Assistant, New Media, Mr. Fafoluyi M. Olayinka (SOLACE) and his co-sojourners like Prof. Adaramaja and others behind the devilish veil to desist completely from sponsoring, covertly or overtly parading wannabes and impersonators as the Leadership of our Association.